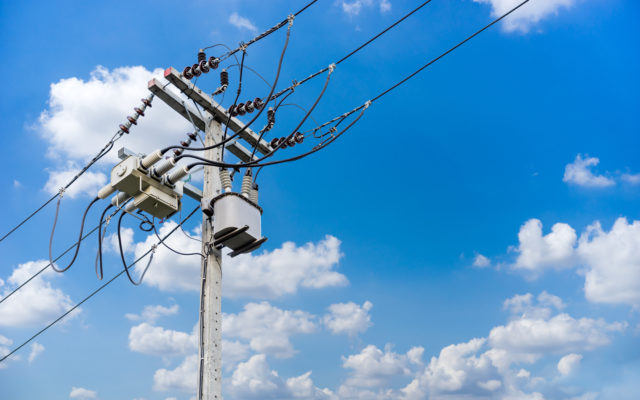 Don Eno, SJVT / FhF Staff Writer • December 21, 2017
Van Buren Light and Power will begin distributing $92,458 in refunds to its customers this month as part of a settlement for overcharges from Emera Maine, according to VBLP District Manager Skip Dumais.

VAN BUREN, Maine — Van Buren Light and Power will begin distributing $92,458 in refunds to its customers this month as part of a settlement for overcharges from Emera Maine, according to VBLP District Manager Skip Dumais.

The funds are the result of a negotiated settlement of transmission overcharges billed to the local utility company by Emera over a three year period — June 1, 2014, to May 31 of this year. The Federal Energy Regulatory Commission approved the settlement last month.

VBLP has roughly 1,400 customers for its electricity, mainly in Van Buren. The average VBLP residential customer uses about 6,000 kilowatt hours per year, according to Dumais.

“It’s a lot of money for us,” as a district, Dumais said Tuesday. For customers, though, Dumais said the settlement will be reflected in “just pennies” on monthly bills over the next two years.

Based on the refund awarded to VBLP and the number of customers it has, each customer is expected to receive a total credit of about $30 annually over the next couple of years.

A settlement with Emera Maine was reached in June and approved by FERC on Nov. 20.

“Emera Maine’s rate establishment process offers opportunities for our customers to work with us to find common ground,” Judy Long, corporate and media communications specialist for Emera Maine, said on Tuesday. “We’re pleased we were able to reach an agreement that is fair for customers.”

FERC approved a $672,809 settlement between Emera and the Houlton Water Company, which provides electricity to about 5,500 customers in and around Houlton.

Long added that “refunds such as these are not uncommon in transmission and stranded cost rates. The process to finalize rates may occur months and often years after the original rates are put in place.”

Dumais said the process is likely to repeat itself in three years time.

While Dumais conceded Emera has many lawyers on its team and deep pockets for legal fees, having Maine’s PUC and other transmission companies in Maine join in such complaints and filings can work to resolve issues and recoup unfair charges.

A broad area of low pressure crossing the state will bring widespread rainfall to the entire SJV today and tonight. Rain tapers to showers Thursday morning with showers lingering into the evening hours as the low lifts to the northeast.
Our Sponsors END_OF_DOCUMENT_TOKEN_TO_BE_REPLACED