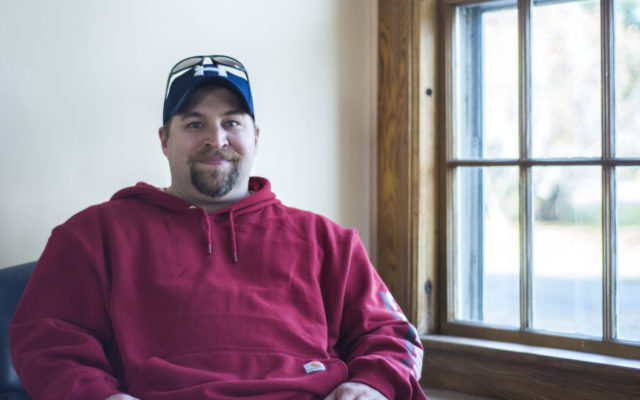 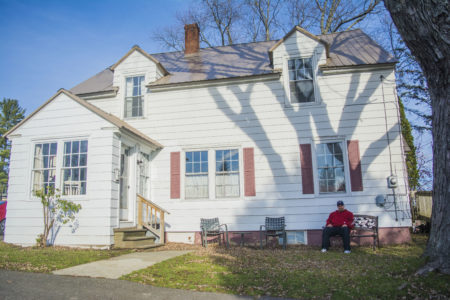 CARIBOU, Maine — Allen’s Way, Aroostook County’s first recovery house, was welcomed to Caribou with a Nov. 4 ribbon cutting event. With the Caribou Planning Board officially approving the building as a recovery house on Nov. 9, two tenants will be moving in on Nov. 22.

Erik Lamoreau, 38, who owns Allen’s Way with his mother Sheila Belle-Isle, is balancing work at the Aroostook Mental Health Center with classes at Northern Maine Community College and the University of Maine Presque Isle, while striving to get the recovery house approved for residency later this year.

While the idea had germinated earlier, the stimulus for doing it now was a town hall on addiction, recovery, and prevention that the Aroostook Substance Abuse Prevention Coalition and Cary Medical Center hosted on May 11. This led to the formation of Recovery Aroostook, whose ultimate goal is to build a recovery center with the intention of providing a safe place for addicts to receive help.

“Once [Recovery Aroostook] was formed, my Mom and I decided it was time to do this,” Lamoreau said, adding that since attending a recovery house in Portland for eight months, this is something he has “always wanted to do.”

Lamoreau was clean for five months before he entered the Portland recovery house in the fall of 2014, and said the experience taught him a great deal about being responsible, and learning to trust people in his community.

“I learned how to take the bus in Portland to get to work,” Lamoreau said, “which meant I had to wake up early, get home late, and attend regular meetings on top of that.”

He said he still keeps in touch with many of the men he shared the residence with, and that they motivated him to keep going.

“The days were getting long and, on some days, I wouldn’t want to go to meetings after work,” Lamoreau said, “but the guys kept me motivated, and made me want to keep going.”

The name “Allen’s Way” is a nod to his mother, whose maiden name is Allen, and to his grandparents.

“They went through a lot of the turmoil that came with my addiction,” Lamoreau said, “and they are helping to financially back the project.” 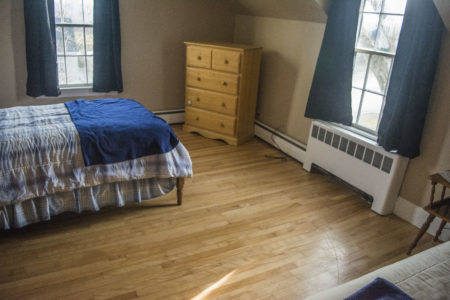 Allen’s Way in Caribou, Aroostook County’s first addiction recovery house, has been approved by the Caribou Planning Board and is expecting it first two tenants to move in on Nov. 22. Guests will pair up to share one of the house’s upstairs bedrooms, as pictured here. (Christopher Bouchard | Aroostook Republican)

Lamoreau, who was born and raised in Easton, said it was tough moving back to The County from Portland, but he made the decision so he could give back to his community.

“This is where I thought I could make the most impact in other people’s lives,” Lamoreau said. “That’s not to say that Portland doesn’t have a great recovery community, but it looked like a real task up here. There’s a saying that you only keep what you have by giving it back; I ran havoc on these streets for a long time, so to come back and provide something for people going through the same thing was like a dream.”

The first two approved Allen’s Way tenants, according to Lamoreau, are from Aroostook County, but currently are undergoing rehab in the Lewiston area. With Allen’s Way approved by the city planning board, they will be able to return to their home region.

“They are ‘graduating’ in the middle of November, and now they have a place to go,” Lamoreau said.

In addition to the first two tenants, Lamoreau said he’s receiving calls from people hoping to get into the recovery house on a “daily basis.”

While drug use is prevalent throughout the country, Lamoreau said he finds that it’s more “hidden” in Aroostook County.

“It’s not something people are willing to talk about, or believe is happening to them,” Lamoreau said. “We like to think that, because we’re in a rural area, we’re not having these issues, and we turn a blind eye to it.”

Lamoreau said it’s a huge issue in the region, citing people being arrested with pounds of drugs on the interstate while driving back to Aroostook County, and how last year, Presque Isle had a string of five heroin overdoses in a single day.

“To this day, I know many people that still use drugs,” Lamoreau said, “and I hope they come out of it. I want to give them this opportunity, and show them it doesn’t have to be a life sentence. This is something you can come out of.”

Those willing to take advantage of the opportunity the recovery house will have to fill out a form and agree to strict rules that will include paying $100 a week for rent; not taking certain medications such as medical marijuana, sleep inducers, methadone, Zoloft, diet pills, or muscle relaxers; receiving mandatory pre-approval for allergy and cold medications; and maintaining good relations with other tenants. 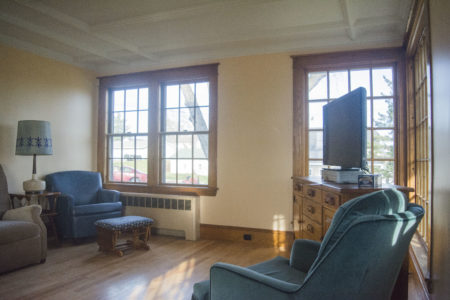 Those caught breaking any rules will only have 20 minutes to leave, which Lamoreau refers to as a “walk of shame.” Nobody is out for good, however, and anyone kicked out is able to reapply for housing after three consecutive days of sobriety.

“I obviously know what it’s like to fail multiple times before eventually getting it,” Lamoreau said. “If someone comes back and they’re clean for three days, I’ll let them back in, but they might lose their spot if someone is on the waiting list. If they fail, they have an opportunity to come back.”

Allen’s Way is a for profit LLC, and Lamoreau said he and his mother made that decision so they could afford to sublease the 5 Bennett Drive residence they are leasing.

“It’s not going to be a big money maker, and it was never meant to be,” Lamoreau said. “As long as we can supply everything to maintain the house, pay rent, and pay the bills, that’s all we can ask for. One hundred dollars a week includes everything. If you walk in with nothing but the clothes on your back, you’re safe and you have a place to stay.”

In addition to four upstairs bedrooms that will be shared by tenants, the downstairs portion of the house includes a spacious living room, sitting room for reading, kitchen, dining room, and porch. There are no medical facilities within the house, however guests will be subject to random drug tests on a weekly basis, and are expected to regularly attend recovery meetings if they want to stay.

Self-reliance is a major component of Allen’s Way, Lamoreau said, and ideally he wants to see people leave with the ability to take care of themselves, hold down a job, and integrate back into society.

“A lot of addicts have everything given to them,” Lamoreau said. “They’ve manipulated people so much that they don’t know how to cook for themselves, hold down a job, or even shower regularly. We want to give people an opportunity to grow, and it starts with getting a job and saving up money while living here.”

Lamoreau said recovery isn’t easy, and that much of it depends on “willingness.”

“The house rules might look strict to someone who doesn’t want to get clean,” he said, “but they don’t look that bad for someone willing to get clean.”

Three candidates are vying for two seats on the Fort Kent Town Council. Voters will decide which of the three -- Corey Pelletier, Brandon Dayton or Andrew Caron -- will get a seat during the town’s annual election on Monday, March 22.
Apex Weather END_OF_DOCUMENT_TOKEN_TO_BE_REPLACED

A warm front lifting across the region this morning will lead to increasing clouds with snow overspreading the area later this morning. A cold front will move through this afternoon with snow likely for a period before tapering off behind the front this evening with overnight lows occurring relatively early around midnight.
Our Sponsors END_OF_DOCUMENT_TOKEN_TO_BE_REPLACED