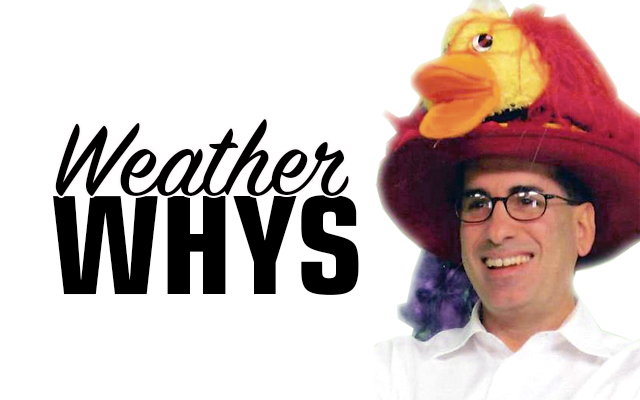 Worse than the ice storm?

Ted Shapiro, Special to the Fiddlehead Focus • November 14, 2017
Regarding the severe windstorm which struck Maine on Oct. 30, I’ve seen numerous reports claiming that it was worse than the terrible ice storm of 1998.

Regarding the severe windstorm which struck Maine on Oct. 30, I’ve seen numerous reports claiming that it was worse than the terrible ice storm of 1998. And indeed it was, but only in terms of the largest number of Mainers with no power at a given time. This topped out at a very large number, more than half a million people. Some folks were in the  dark for more than a week.

But to say the storm was worse than the ice storm is a bit of a stretch, when you take into consideration overall storm impact. The ice storm occurred in the dead of winter, and power outages lasted significantly longer than those with the storm we just had. In fact, in some cases power was out for weeks. Also, the sheer weight of the ice broke power poles, and even collapsed big transmission towers in Eastern Quebec, as though they were made out of popsicle sticks.

So yes, more power outages at the recent storm’s peak than the ice storm. But by no means a worse storm in the broader view of things.

That said, the storm we just had was still very significant.

Here in The County, one long-standing and much-loved structure succumbed to the wind, as the cab atop the Rocky Mountain fire lookout tower came down. It was the most northwesterly of Maine’s fire lookout towers.

There was widespread communication loss in the hardest hit parts of the state, which were south of The County. Ham radio operators did an admirable job of stepping in, setting up and providing essential communication services. The following is from a press release issued by the Aroostook Emergency Management Agency, following the storm.

“Early on the morning of Oct. 30, members of the Aroostook County ARES (Amateur Radio Emergency Services) team took up positions at the National Weather Service office in Caribou (Call Sign: WX1CAR) and began relaying storm-related damage reports and weather information coming in via ham radio to the NWS meteorologists. This real-time reporting received from dozens of other amateur stations across the state was valuable in helping to provide weather observations and damage assessments to the National Weather Service and state emergency management officials. It also helped to facilitate a means of backup communications that came in handy when conventional systems went offline due to power failures and infrastructure damage.”

Take note of that last sentence. It is saying that when everything else went down, amateur radio was there, as it always is, as a communications mode of last resort. Also, following disasters, amateur radio is always the way the first reports get out of the affected area, so that responders know the scope of the emergency, and what is needed. There are portable antennas, so a ham radio operator need not be at a fixed location.

Amateur radio REALLY needs new folks, so that we can keep this vital mode of communication thriving in the years ahead. People have become so dependent on their phones, that it is easy to forget, cell service can fail. If you know of someone who might be interested in learning more about amateur radio, please have them email me at tshapiro@wagmtv.com. Put “Ham Radio” in the subject line. I will put you in touch with the right folks.

Now, earlier in this column, I used the phrase “windstorm”. Let me be a bit more specific. A low pressure system developed along the mid-Atlantic coast and intensified rapidly, while moving to our west. The central pressure of this particular storm was very low, and it did what meteorologists call, “bomb out”. A low pressure system is called a “bomb” if the pressure falls rapidly, at least 24 millibars (0.71″) in 24 hours. If you heard or read the word “bomb” when reading about the storm, all it means is that it met that definition. While a low “bombing out” is not all that common, I would not go as far as to say it’s rare. This intense low produced not only powerful winds, with a high gust of 78 mph at Belfast, but also flooding rains, west of its track. In western Maine, up to 5 inches fell, and in northern New Hampshire, up to 7 inches fell.

The storm was pretty “juiced”, having been given a moisture boost from tropical storm Philippe. The storm itself, though, was not a Tropical Storm. To some that may matter, if filing an insurance claim.

Canadian high pressure building down from the northwest sends us some more frigid air for the late week period.
Crown Politics END_OF_DOCUMENT_TOKEN_TO_BE_REPLACED

Three candidates are vying for two seats on the Fort Kent Town Council. Voters will decide which of the three -- Corey Pelletier, Brandon Dayton or Andrew Caron -- will get a seat during the town’s annual election on Monday, March 22.
Our Sponsors END_OF_DOCUMENT_TOKEN_TO_BE_REPLACED