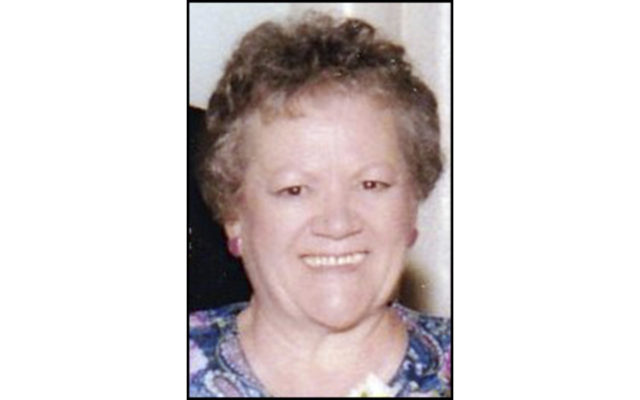 MADAWASKA, Maine — Sylvia (Paradis) Gies, 84, passed away on October 24, 2017, at a Madawaska health care facility. She was born on May 22, 1933, in Frenchville, Maine, daughter of Sylvio and Roselle (Michaud) Paradis. She was educated at Dewey School in Frenchville, at Notre Dame de la Sagesse Convent school in St. Agatha, and then graduated from Husson College in Bangor.

In 1960, she married Raymond Gies from Herrick, South Dakota, who was stationed at Loring Air Force Base. They were transferred to several other bases around the country. Following Raymond’s retirement from the Air Force, together they bought and managed Gies’ General Store in New Sweden for 16 years. They then moved to Madawaska Lake during which time she worked at Miller’s store in Caribou. Later, they moved to Madawaska, where they made their permanent home and later moved into the local health care facility. Sylvia was a member of the American Legion Auxiliary Units including Stockholm and Madawaska. She was a communicant of St. Thomas Catholic Church and a member of the Daughters of Isabella.

A Mass of Christian Burial was celebrated 10 a.m. on Saturday, October 28, 2017, at St. Thomas Aquinas Church. Family and friends called at Lajoie Funeral Home, Madawaska, from 6-8 p.m. on Friday and from 9 a.m. until 9:45 a.m. on Saturday before the service. Interment was held at a later date. For online condolences, please visit www.lajoiefuneralhome.com

A broad area of low pressure crossing the state will bring widespread rainfall to the entire SJV today and tonight. Rain tapers to showers Thursday morning with showers lingering into the evening hours as the low lifts to the northeast.
Our Sponsors END_OF_DOCUMENT_TOKEN_TO_BE_REPLACED