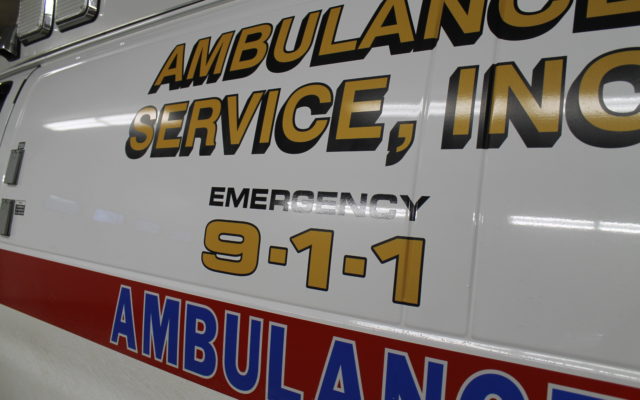 Don Eno, SJVT / FhF Staff Writer • June 27, 2017
Ambulance Service Inc. sent a letter late last month to the two communities informing town officials that the towns would be charged a $750 fee for each 911 or emergency call that ASI is asked to respond to in those communities.

FORT KENT, Maine — Ambulance Service Inc., based in Fort Kent, sent a letter late last month to the two communities that recently switched from ASI to the Madawaska Ambulance Department for their emergency medical services, informing St. Agatha and Frenchville officials that the towns would be charged a $750 fee for each 911 or emergency call that ASI is asked to respond to in those communities. A similar letter was sent to Madawaska.

The $750 fee charged to the town, would be addition to any charges to the patient or the patient’s insurance. 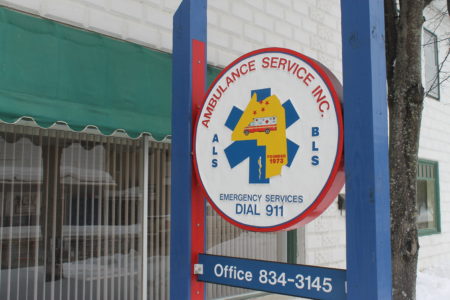 Under its license with the state of Maine, ASI cannot operate outside of its service area without first making arrangements with the EMS provider in those communities, according to ASI’s director John Labrie.

“The only exception is for a major disaster, which is when mutual aid comes in,” Labrie said.

If ASI is requested to respond to normal 911 calls outside of its coverage area, he said it is not required to and if it does a fee can be charged.

“When we respond outside of our area, it means pulling resources away from the communities we serve. There is a cost to that, because we then have to make sure we have extra coverage here,” said Labrie.

At a board meeting earlier this month, Frenchville selectmen took no action regarding the letter from ASI, but did discuss the matter, questioning whether or not the Madawaska Ambulance Department should be responsible for paying any fees charged by ASI, should ASI services be needed.

“We will deal with any bill from ASI when we get one,” St. Agatha selectmen and board chair Beurmond Banville said last week. Like Frenchville selectmen, Banville’s board took no action with regard to the ASI letter.

Maine EMS, a bureau within the Department of Public Safety, ensures that all communities have adequate emergency medical services, including residents in the Unorganized Territory, Labrie said.

ASI is currently working with administrators and instructors at the St. John Valley Technology Center to create a training option within its allied health program so that interested high school students may complete the basic EMT course and be ready to test for licensure, Labrie said. Expanding the pool of trained EMS providers in all St. John Valley communities is vital to maintaining quality service, he added.

Labrie said local and regional 911 and other dispatchers should all be aware of the recent changes to EMS providers in the St. John Valley.

Madawaska’s ambulance service should have the resources to respond to calls in the communities they serve, Labrie said, including the recently added communities of Frenchville and St. Agatha. ASI is within its rights to refuse to respond outside of its service area, he added.

Currently, ASI has no formal agreement with Madawaska to provide backup 911 service, Labrie said. The letter regarding the $750 fee was sent out to inform those communities of what the cost would be if ASI were to respond.

“There is a cost to providing these services,” Labrie said.

A broad area of low pressure crossing the state will bring widespread rainfall to the entire SJV today and tonight. Rain tapers to showers Thursday morning with showers lingering into the evening hours as the low lifts to the northeast.
Our Sponsors END_OF_DOCUMENT_TOKEN_TO_BE_REPLACED