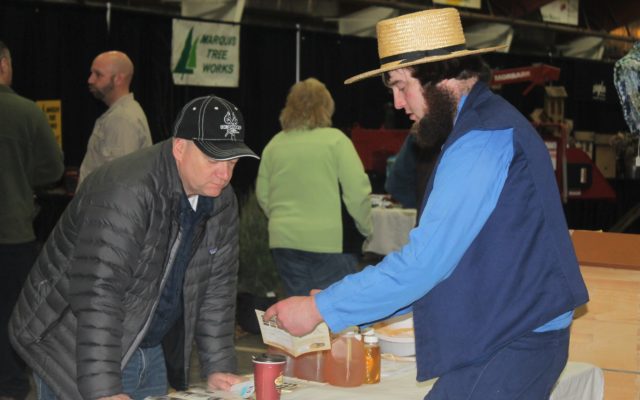 Trade Show a social event for all ages 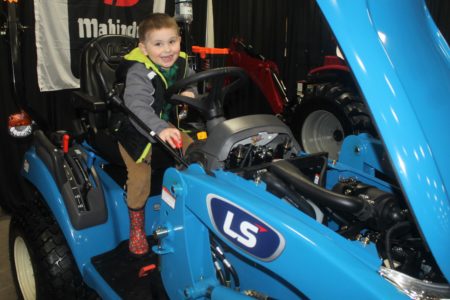 MADAWASKA, Maine — Four-year-old Emmett Anderson of Stockholm is clearly a fan of the Top o’ Maine Trade Show. With his parents in tow, the young boy zoomed from recreational vehicles to tractors on display at the event, which the St. John Valley hosted at the Madawaska Multi-Purpose Center on Saturday, April 22 and Sunday, April 23.

“We like coming to the Madawaska Trade Show,” said Emmett’s mother, Alicia Anderson.

While Emmett confidently climbed onto the seat of a 25 horsepower LS tractor and pretended to shift gears on Saturday, Alicia explained her son’s enthusiasm. 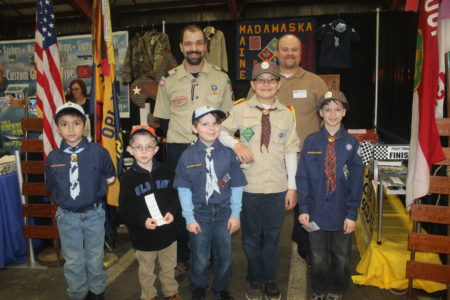 “Emmett loves anything with wheels and motors,” she said. “He knows his tractors. He knows the difference between Farmall and John Deere. He can even say Massey Ferguson.”

Roger’s Sport Center of Fort Kent displayed the LS, which has a built in lawnmower, along with several models of recreational vehicles the business sells, including a four-wheeler and wave runner.

This year marked the Trade Show’s 28th year. Seventy-three exhibitors rented 117 booths at the event, which saw 1,775 people come through the doors of the Multi-Purpose Center, according to St. John Valley Chamber of Commerce Executive Director Brian Bouley. 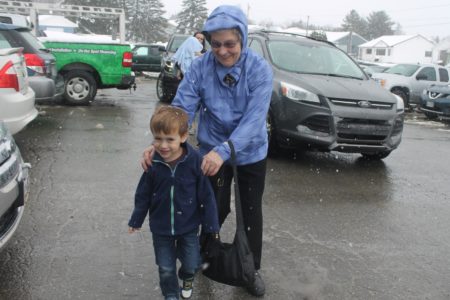 This is the group’s third year participating in the Trade Show.

“I like coming up here,” Swartzentruber said. “We hand out brochures and get exposure throughout the St. John Valley.”

“There is no other business like us,” Miller added.

And business is what the Trade Show is all about, for the most part, according to Bouley.

“The whole purpose is to bring businesses together with the public,” he said. “It turns out to be a local event. People come hang out and have a hot dog.”

The Chamber will use funds raised from the Trade Show to pay for operational expenses.

“It’s a major part of our budget for the year. Without this event, I don’t think we could survive,” Bouley said.

According to Bouley, Dead River Company provided thousands of dollars worth of free fuel to warm the Multi-Purpose Center, which houses the Madawaska ice skating rink during the winter months.

As the Maine Turnpike expects 1 million travelers alone over the Labor Day weekend, policymakers are gearing up for a sprint to solve one of the state’s most intractable problems: a long-standing — and growing — transportation funding gap.
Apex Weather END_OF_DOCUMENT_TOKEN_TO_BE_REPLACED

A cold front moved through the Valley early this morning, and it will be followed by an Arctic cold front this afternoon.
Campaign Corner END_OF_DOCUMENT_TOKEN_TO_BE_REPLACED

U.S. Senator Angus King (I-Maine) today visited with students at the University of Maine at Fort Kent (UMFK) to discuss his work in Maine and Washington and answer questions from students.
Our Sponsors END_OF_DOCUMENT_TOKEN_TO_BE_REPLACED