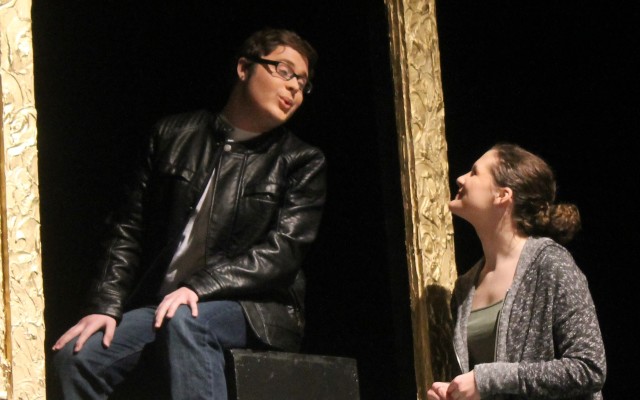 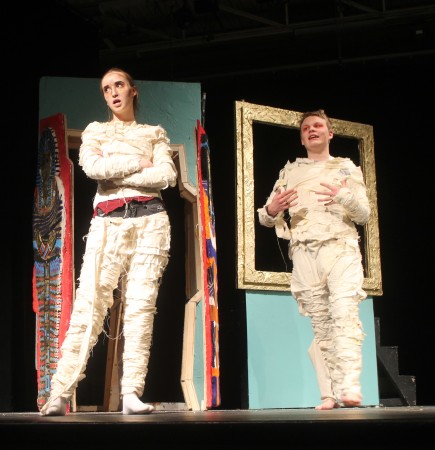 Educator Doug Clapp directed the play, the comedy “Exhibit This!”, which the contemporary American playwright Luigi Januzzi wrote about Metropolitan Museum of Art exhibits which come alive one evening while the museum is closed. Renowned paintings and other famous works of art, dance, squabble, fall in love and philosophize in “Exhibit This!”

Prior to attending the competition, the students performed the play on their home stage in front of an audience of their CHS peers and Valley Rivers Middle School students on Tuesday, March 7. The young audience expressed their satisfaction with the performance by howling with laughter at every appropriate comedic moment.

Seventh-grade student Lucas Hebert said he enjoyed watching “Exhibit This!” Hebert cited the set decorations and the unique accents actors used when delivering their lines as highlights of the show. For example, Troyer played the mummy Ra with a convincing New Jersey dialect.

Hebert said he felt every actor turned out a strong performance.

“They were all pretty good,” he said.

Clapp expressed pride in his students prior to the regional competition.

Maine’s longest serving legislator, Martin was first elected to the Maine House of Representatives in 1964 when he was 23.
Our Sponsors END_OF_DOCUMENT_TOKEN_TO_BE_REPLACED