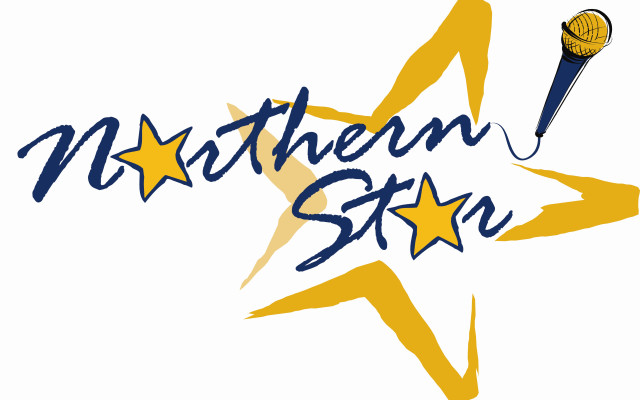 Contributed • March 1, 2017
The United Way of Aroostook looks forward to naming its next Northern Star, and local talent will hit three community stages this weekend in the annual talent competition.

PRESQUE ISLE, Maine — The United Way of Aroostook looks forward to naming its next Northern Star, and local talent will hit three community stages this weekend in the annual talent competition.

Traditionally, this midwinter talent contest has been a singing-only show. This year, its thirteenth year, the UWA is changing things up a bit by showcasing all kinds of family-friendly talent for its three regional competitions.

“We are excited to see a wide variety of entertainment this year, from singers and dancers to musicians and comedians,” said Sherry Locke, executive director of the United Way of Aroostook.  “We have a violinist playing a modern dub-step piece, a freestyle beatboxer, and even a stand-up comedian. Of course, we have our traditional talented singers.”

Each year there have been changes to improve the show, which is one of the UWA’s largest fundraisers, Locke said. The talent show was originally titled “Aroostook Idol,” but then changed to “Northern Star” so it could include contestants from the New Brunswick side of the Maine/Canadian border.

Last year, the vocal-only show adopted “United Way Saves,” which allowed a special committee to “save” up to three contestants to participate in the finale who were not chosen to go at their regional competitions.

This year’s shows, along with showcasing more than just singing talent, will introduce a new way for contestants to guarantee a spot in the finale, said Locke. Contestants have been encouraged to collect sponsorships prior to this weekend’s regional competitions.  The contestant with the highest dollar amount of sponsorships will be guaranteed a spot at the finale and awarded the “Spirit of United Way” title.

“There will be two other finalists chosen from each regional show,” Locke said. “One will be selected by the audience and the other by a panel of judges.  The three ‘United Way Saves,’ made after the three regional shows are completed, will make the finale a show with 12 super-talented contestants.”

The Northern Star finale performance will be held on Sunday, March 19, at 2 p.m. at the Caribou Performing Arts Center.

As the Maine Turnpike expects 1 million travelers alone over the Labor Day weekend, policymakers are gearing up for a sprint to solve one of the state’s most intractable problems: a long-standing — and growing — transportation funding gap.
Apex Weather END_OF_DOCUMENT_TOKEN_TO_BE_REPLACED

A strong Arctic cold front will push into the region from the northwest tomorrow with a chance for some light snow across the region.
Our Sponsors END_OF_DOCUMENT_TOKEN_TO_BE_REPLACED