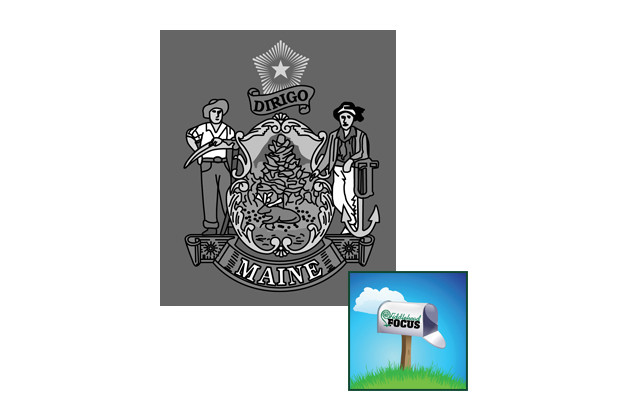 Letter to the editor: Knowing our political history

Contributed • December 1, 2016
Guy Dubay of Madawaska shares a letter to the editor about the St. John Valley's early political history.

To the editor: None of us can know all of our history. The more I know, the more wisdom tells me to keep it to myself. Here is an example of my un-wisdom and my yielding to my habit of speaking out.

I look at the Roe & Colby Atlas of 1877 with the map of Madawaska showing three tiers of lots much like we see on maps of the Seigneuries on the St. Lawrence River in Quebec. and I say to myself, “Ah! A Republican map!”

In the Acadian Archives on Campus is an 1873 Report of the Land Commissioner on the rear lots of the St. John Valley. It’s a verbal description rather than a graphical description of the 1877 map. I look at this and say to myself, “Ah! a Democrat document!”

In 1876-77 128 farmers in the St. John Valley were given eviction notices. You find this in Vol. 1 of the Foreclosures at the N. Aroostook Registry of deeds. The root of the problem may be found there too at Vol. F-1 pp. 154-157 where the Trustees of and holders of $2 million worth of bonds of the European & North American Railway, J. Edgar Thompson of Philadelphia and Hannibal Hamlin of Bangor, Maine, “said bonds being unpaid falling due March 1st 1875” foreclose on said mortgage.

Remember our country went into a deep depression from late 1873 to early 1879.

I have the impression that the Roe & Colby map identifies lots that were secure and could not be challenged such as the Treaty of Washington lots granted by the land agents of Maine and Massachusetts in 1845. I also have the impression that the Land Commissioner’s reports lists those lots which did not get on the map and comprise of the blank spaces on the map. (I could be wrong on this and only testing the hypothesis will show that it bears out).

But get this, there’s an 1872 St. Bruno Parish census conducted by Democrat Peter Charles Keegan, State Representative for Fr. Stanislas Vallee. In that census all the spouses’ maiden names are given when listed next to their husbands’ names. You don’t see this kind of listing in the records of the same names in the Federal census of 1870. No, it’s William Violette and Susan Violette which Keegan in 1872 gives us as Belonie Violette and Suzanne THERIAULT. But guess what, the Land Commissioners report of 1873 does just what Keegan did. It lists the wives of the lot holders under their original maiden name. Very Democrat Monsieur Keegan.

The original Mortgage deed at Vol. 7 p. 487 to the European and North American railway, speaks of “One million acres between the Penobscot and Saint John Rivers.” These million acres in a deed signed by Maine Governor Joshua L. Chamberlain in 1869 were granted for the purpose of helping the railway get railway construction money. Sell the lumber and you’ve got cash to build the railway.

But the bond holders suffering losses sought to recoup their losses by placing attachment on the railway company’s land. And by their way of thinking this included, for example, the homestead land of Andre Pelletier between the Penobscot and St. John rivers on which he had built his home in 1857 which is now the St. Agatha Historical Society Museum House, occupied by himself and Horace Sylvain, but whose names do not appear on the 1877 map, but Andre Pelletier was given an eviction notice as described in the most recent newsletter of the St. Agatha Historical Society. See Vol F-1 pp. 154-157 for the names of the big money men in this case.

In 1853, Rev. Henri Dionne wrote a letter to former Maine governor, John Hubbard, Democrat, who had recently been replaced in office by Maine Governor William G. Crosby, Republican. Fr. Dionne asked for support of State monies in improving the roadways of the back settlement. He cites the Road to Augustin Cyr, who had lands at the present corner of Dionne and Gagnon roads in Madawaska today. We find Augustin Cyr, with his sons nearby, listed in the U.S. Census records of 1850, 1860, 1870 and 1880 and we can source out from the registry of deeds the land held there by his sons, Thaddee and Magloire Cyr.

That road to Augustin Cyr begins at the St. John River at what we now call Starbarn Road but named Dionne Road in Madawaska.

In that era when farmers were told to get off the land, we had entered into what Louis C. Hatch in his “History of Maine” calls the era of the Republican ascendency. Roe & Colby Atlas, published in Philadelphia, may well have enhanced the railway investors’ side of the issue. In 1912, Holman Day in his novel, “The Red Lane, A Romance of the Border” wrote a chapter entitled, “What the bishop knew”. This chapter describes the farmers as being called “squatters.” I suspect what the Bishop knew was exactly the kind of homestead ownership listed by Peter Charles Keegan in his parish census in 1872 and redoubled by his efforts in the Land Commissioner’s report of 1873.

In the St. John Valley, we have not been given our political history. We have been given our ployes and creton history and rah! rah! “un vrai Tintamare” at the Acadian festival. That’s fine culturally but we are American citizens with deep political history such as Professor Roger Paradis cites in the appendix of his Les Papiers/The Papers of Prudent Mercure, where the State Senate Report of 1859 shows how the entire vote of the St. John Valley in the State Senate race of 1858 was thrown out. And Major William Dickey, Democrat from Fort Kent who carried a plurality of votes with these votes was set aside and John McCloskey, Republican of Houlton was given the sole state Senate seat for Aroostook County.

It’s okay folks, if you prove these ideas wrong. There is still a benefit for me. It may provide me a lesson in wisdom and learning all the more which ideas in history I ought best to keep for myself.

Only one member of Maine’s congressional delegation had come out in favor of impeaching President Donald Trump ahead of House Speaker Nancy Pelosi’s Tuesday announcement that the Democratic-led House of Representatives would begin an impeachment inquiry.
Apex Weather END_OF_DOCUMENT_TOKEN_TO_BE_REPLACED

A strong upper-ridge anchored off the Southeastern US coast will bring warmer and more humid than normal conditions to the Valley through the late week period.
Campaign Corner END_OF_DOCUMENT_TOKEN_TO_BE_REPLACED

Dale Crafts filed his nomination papers for Feb. 21 with the Secretary of State to officially be placed on the primary ballot on June 9, 2020, for the U.S. House of Representatives 2nd District race.
Our Sponsors END_OF_DOCUMENT_TOKEN_TO_BE_REPLACED