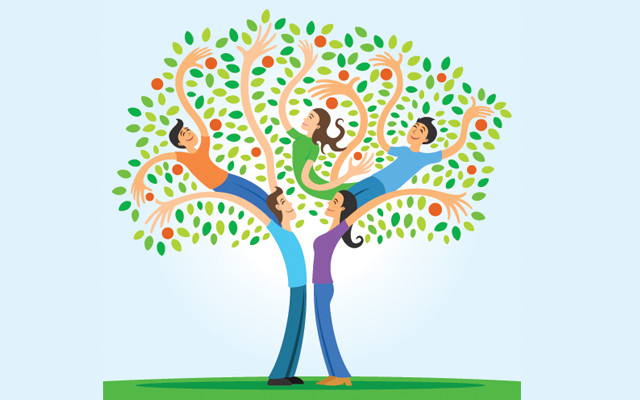 Nancy Battick, Special to the Fiddlehead Focus • September 28, 2016
Family Discoverer is a biweekly column by genealogist Nancy Battick of Dover-Foxcroft.

The term “dower” isn’t used much anymore but you’re apt to run across it when you’re researching your ancestors’ wills or sometimes in deeds. You may also hear it referred to as the “widow’s mite.” What dower entails is the widow’s legal right to a percentage (generally one-third) of her late husband’s estate. It was designed to protect her interests and to allow her to maintain herself and not become a public charge. In the event a husband didn’t leave a will, the court would step in and assign to the widow what she could own in property.

You may have heard the term “dowry” which is related but referred to money or land which a new bride brought with her when she was married. Obviously, the larger the dowry, the better the marriage a young woman could expect to make. Sometimes funds from the dowry were set aside for the future widow’s dower.

A widow’s dower rights were usually spelled out in specific terms. A husband’s will would often state what property was to be left to her and, if that property was to be shared with a child or stepchild, the will would outline which part of the property was hers to use exclusively. I’ve seen examples where a widow was given a certain seat by the fire, permission to enter the front door or to use the front stairs, what part of the kitchen was hers to use, which bedroom, and often spelled out which cow, horse, or other animals were hers. I even found one where the son was directed to lead her horse to church and back every Sunday.

A husband would also often specify what household goods were to be the widow’s, which bed, linens, pots, pans, spinning wheel, and he would usually direct his children to provide her with a certain amount of produce such as grains, apples, and other items each year. Sometimes the property was hers until she remarried and at death reverted to a child or children. This provision was especially important where the widow was a second or third wife.

Sometimes an actual sketch of the house was included with the will so there was no question what the widow could expect to receive or continue to use as her own. Occasionally, the husband would direct his children to pay the widow money in lieu of property. This often occurred when the widow had been previously married and owned property of her own. She usually received money and the household goods she brought into the marriage. This usually happened when the children in question were from the husband’s first marriage and didn’t necessarily mean she didn’t get along with her stepchildren but might prefer to return to her own hometown or house.

However the dower was determined, most men did all they could to provide their widows with the best living they could afford as well as look after their children’s interests. Reading these dower entries in wills can be fascinating. It offers a glimpse into the past and how our ancestors thought and lived.

Columnist Nancy Battick of Dover-Foxcroft has researched genealogy for over 30 years. She is past president of the Maine Genealogical Society. Reader emails are welcome at nbattick@roadrunner.com. Her semimonthly column is sponsored by the Aroostook County Genealogical Society which meets the fourth Monday of the month except in July and December at the Caribou Library at 6:30 p.m. Guests are always welcome. FMI contact Edwin “J” Bullard at 492-5501.

As the Maine Turnpike expects 1 million travelers alone over the Labor Day weekend, policymakers are gearing up for a sprint to solve one of the state’s most intractable problems: a long-standing — and growing — transportation funding gap.
Apex Weather END_OF_DOCUMENT_TOKEN_TO_BE_REPLACED

A cold front moved through the Valley early this morning, and it will be followed by an Arctic cold front this afternoon.
Campaign Corner END_OF_DOCUMENT_TOKEN_TO_BE_REPLACED