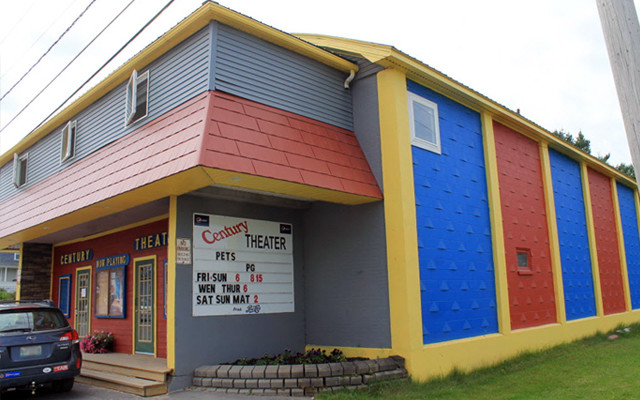 Jeff Bernier is among three property owners in Fort Kent who are working with the town to utilize CDBG grant money to create more residential rental units, including this apartment building he owns. July 2016. (SJVT / FhF – Don Eno)

“We didn’t get all the money we asked for,” said Fort Kent’s Director of Economic Development Steve Pelletier on Tuesday, July 26, “but it’s still a big help.”

Pelletier said that in the last round of Community Development Block Grant (CDBG) applications, municipalities were applying for twice as much money as was available. “It is very competitive,” he explained.

According to Pelletier, Northern Timber Trucking will receive $90,000 in economic development funds for parking lot repairs at it’s Market Street location. The company, which has to invest a one-for-one dollar match, is also planning to purchase a new crane truck.

Partly as a continuation of replacing housing lost as a result of the flood of 2008, Pelletier’s office has also been applying for CDBG funds to address housing needs in Fort Kent. As part of the latest grant award, the town received $300,000 to assist property owners to create five new rental units.

These housing assistance grant awardees must match a minimum of 10 perecent of the total project cost.

Pelletier said this was the first time in probably 30 years that the town has been successful in applying for housing grant funds through CDBG. “We kept trying,” he said. “We got lucky this year.”

Last year, the town received $100,000 in CDBG funds to assist with business expansion at a local farm. In 2014, $400,000 in CDBG monies was used to help pay for facade renovations at multiple downtown businesses, Pelletier said.

There will be a public hearing about the grant projects at 7 p.m., August 8, at the town office. Public comments will be solicited at this hearing, and persons may also submit comments in writing to: Steve Pelletier, Office of Planning, 416 West Main Street,

A cold/occluded front will approach from the Great Lakes today with showers likely this afternoon along with a chance for thunderstorms.
Campaign Corner END_OF_DOCUMENT_TOKEN_TO_BE_REPLACED

Dale Crafts filed his nomination papers for Feb. 21 with the Secretary of State to officially be placed on the primary ballot on June 9, 2020, for the U.S. House of Representatives 2nd District race.
Our Sponsors END_OF_DOCUMENT_TOKEN_TO_BE_REPLACED