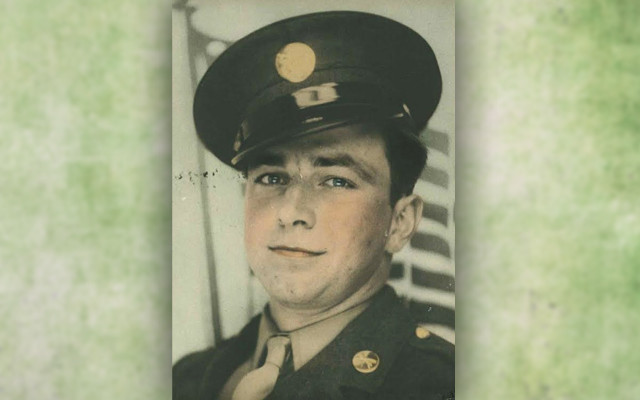 He was a proud World War II veteran who loved his country. He enjoyed talking about cars and trucks. After retirement, he loved fixing small engines and working in his garage. In the early spring he enjoyed getting his seeds ready to plant in his garden at the lake.

He was predeceased by his parents, Arthur LeBel and Agnes Daigle; his stepfather, Eddie Bellefleur; his wife, Cecile Roy Bell; his brothers, Alyre and Edwin; his stepdaughter, Joanne; his stepson-in-law, Ted; two step-grandchildren; and nephews John and Eddie.

He is survived by his nieces and their spouses, Barbara Pelletier and Dan, Jackie Winslow and Buddy, and Rose Porter and Arnie; and his nephew and his spouse, Peter Bell and Diane. He is also survived by his beloved companion of 19 years, Therese Stamas; his stepdaughters and their spouses, Dorothy and Colby Churchill, Patricia Zambos and Beverly and Raymond “Butch” Thibodeau; stepson-in-law, Eldon Bouchard; 15 step-grandchildren; and several step-great-grandchildren.

A Mass of Christian Burial will be celebrated at 10 a.m. on Thursday, July 28, at St. Thomas Aquinas Church in Madawaska. Family and friends may call at the Lajoie Funeral Home from 6-8 p.m. on Wednesday and from 9-9:45 a.m. on Thursday. Interment will follow immediately after the service in the St. David Cemetery.

Donations in his memory may be made to any veteran organization or a charity of one’s choice. Arrangements have been entrusted to Lajoie Funeral Home. For online condolences please www.lajoiefuneralhome.com.

Maine is more than eight months into Medicaid expansion under the federal Affordable Care Act and trends around who is enrolling and where they live are starting to emerge, bucking some expectations and pointing out access challenges.
Apex Weather END_OF_DOCUMENT_TOKEN_TO_BE_REPLACED

The North Atlantic high will break down at the end of the week allowing high pressure from the west to build in with drier conditions.
Campaign Corner END_OF_DOCUMENT_TOKEN_TO_BE_REPLACED

Dale Crafts filed his nomination papers for Feb. 21 with the Secretary of State to officially be placed on the primary ballot on June 9, 2020, for the U.S. House of Representatives 2nd District race.
Our Sponsors END_OF_DOCUMENT_TOKEN_TO_BE_REPLACED