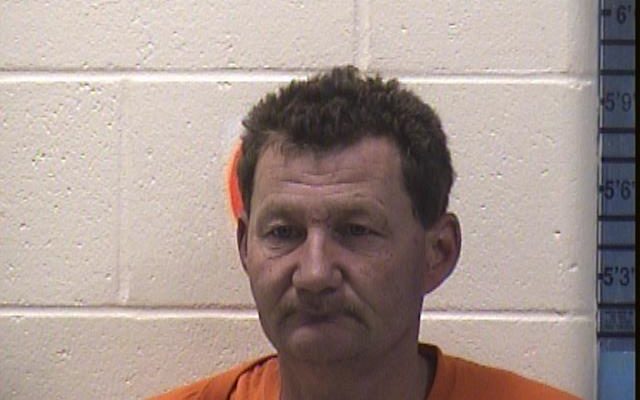 Jessica Potila, SJVT / FhF Staff Writer • July 20, 2019
Police are searching for a Washburn man who allegedly fled from his vehicle during a traffic stop in Perham on Friday.

PERHAM, Maine — Police are searching for a Washburn man who allegedly fled from his vehicle during a traffic stop in Perham on Friday.

At around 11 a.m. on Friday, Aroostook County Deputy Sheriff Sgt. Matt Cummings encountered a vehicle on High Meadow Road in Perham that he noted to have several motor vehicle defects.
Sgt. Cummings conducted a traffic stop of the vehicle and identified the driver as Edward Saucier, 47.
The officer determined that Saucier was operating a motor vehicle after license suspension, a habitual offender and was out on four sets of conditions of release stemming from previous unrelated arrests.
While Sgt. Cummings was in his police cruiser during the traffic stop, Saucier allegedly exited the vehicle he had been stopped in through the passenger side door and ran off into the woods.
Deputies searched the area, but were unable to locate Saucier.
Police issued an arrest warrant for Saucier who is wanted for operating after habitual offender suspension, violation of conditions of release and refusal to submit to arrest or detention.

As the Maine Turnpike expects 1 million travelers alone over the Labor Day weekend, policymakers are gearing up for a sprint to solve one of the state’s most intractable problems: a long-standing — and growing — transportation funding gap.
Apex Weather END_OF_DOCUMENT_TOKEN_TO_BE_REPLACED

The Valley will receive an inch or less of accumulation from Thursday's system based on current forecast model data.
Our Sponsors END_OF_DOCUMENT_TOKEN_TO_BE_REPLACED