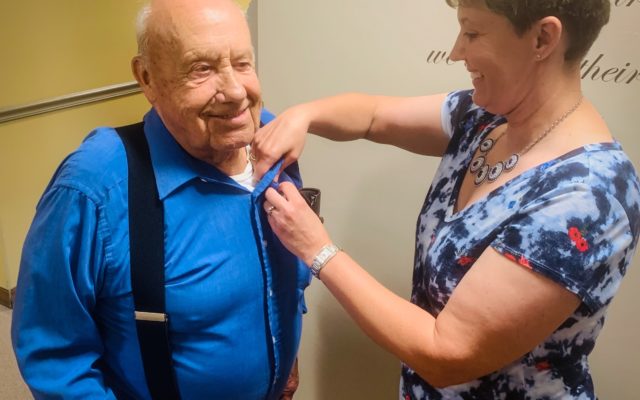 Grandmother’s artistry continues to spread joy years after her passing

Jessica Potila, SJVT / FhF Staff Writer • July 20, 2019
More than a decade after she passed away, a Fort Kent grandmother known throughout the community for her creativity continues to make others happy with her artistic talents.

FORT KENT, Maine — More than a decade after she passed away, a Fort Kent grandmother known throughout the community for her creativity continues to make others happy with her artistic talents.

It is not every woman who is remembered in her obituary as “Mrs. Halloween,” but this was the case for Therese Voisine, who died in 2009 at 84 years old. 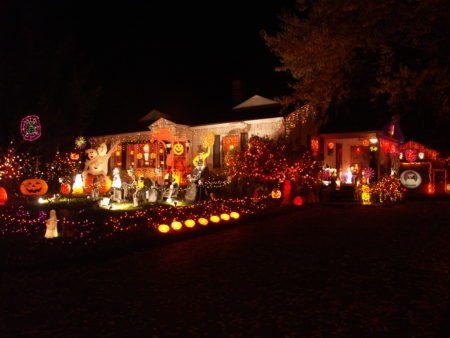 Voisine made a unique mark on her Fort Kent community with elaborate displays of colorful Halloween and Christmas lights, which were noticed by all who passed by her Market Street home.

“Her holiday yard decorations is what she was probably best known and remembered for,” said granddaughter Alison Voisine.
Alison Voisine said that for many years her grandmother had more than 500 trick-or-treaters “with our record being 578 visitors on Halloween night.”

Alison Voisine also recalls her grandmother’s many other positive character traits.
“She worked incredibly hard her whole life and is also remembered for being a fantastic cook,” she said. “My memere was friendly, warm-hearted, creative, loving and proud.”

Among Therese Voisine’s artistic endeavors in the off-season of holiday decorating was a prolific passion for creating plastic canvas art pieces.

Just this summer Alison Voisine held a free yard sale for those interested in collecting the thousands of creative pieces of plastic canvas art her grandmother left behind, from religious pieces to flowers to clowns to St. Patrick’s Day leprechauns.

“The plastic canvas hobby came later on and it was something she did when she got out of work. She could do it from her chair in the kitchen and it would help her unwind after a long day,” Alison Voisine said of her grandmother. “She always had four or five different pieces going at a time and often plugged away at this until she went to bed that night. She did this until her retirement at age 78, and with more time at home, continued to make these crafts.”

“If you count all the small pieces, we had a few thousand individual items to give away. We were very pleasantly surprised by how many people were interested and wanted to collect some of the pieces for themselves,” Alison Voisine added. “My mother and I kept a few pieces for ourselves and a few family members, but the rest was given away.” 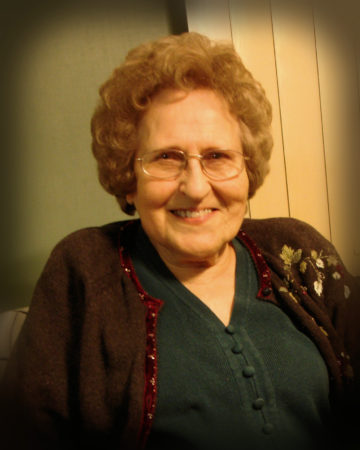 Among those who took advantage of the free art giveaway was Kathleen Voisine Hafford. She converted many of Therese Voisine’s plastic canvas art pieces into lapel pins, which she distributed to residents at Crosswinds Residential Care in Fort Kent and Forest Hill Skilled Nursing and Rehab Center, where Therese Voisine used to work as a cook.
“Memere would surely be very happy to see that her work lives on,” Voisine said.
Memere was always happy to share her skills and crafts with others and she would be tickled pink to know that 10 years after her passing, that she is being remembered or thought of.

“When she worked at the nursing home, she loved all the residents and she loved to cook for them, especially when she could slide them some ‘treats’ that were not necessarily on their meal plan. Even after she retired, she continued to go to the nursing home to decorate the dining hall with her handiwork in hopes that it would lift the spirits of at least a few residents,” she said.

“Knowing that she could make them smile once again all these years later would truly warm her heart.”

As the Maine Turnpike expects 1 million travelers alone over the Labor Day weekend, policymakers are gearing up for a sprint to solve one of the state’s most intractable problems: a long-standing — and growing — transportation funding gap.
Apex Weather END_OF_DOCUMENT_TOKEN_TO_BE_REPLACED

The Valley will receive an inch or less of accumulation from Thursday's system based on current forecast model data.
Our Sponsors END_OF_DOCUMENT_TOKEN_TO_BE_REPLACED