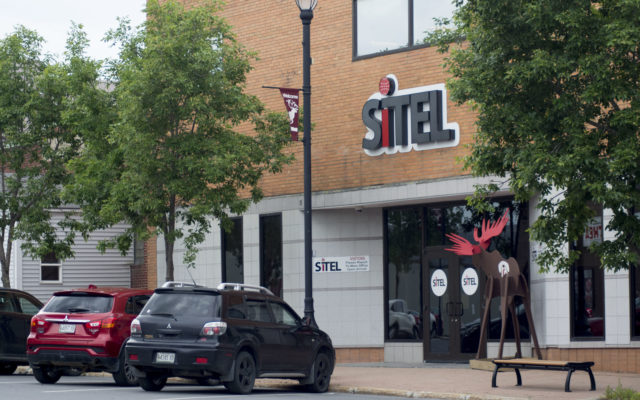 Chris Bouchard • July 18, 2019
While the community was still reeling Thursday and Friday from Sitel’s announcement about its closure the day before, members of Maine’s congressional delegation, the state senate president, and a state representative issued statements pledging their support of the soon-to-be-displaced workers.

CARIBOU, Maine — While the community was still reeling Thursday and Friday from Sitel’s announcement about its closure the day before, members of Maine’s congressional delegation, the state senate president, and a state representative issued statements pledging their support of the soon-to-be-displaced workers.

The Sitel office on Sweden Street in Caribou will close its doors on Oct. 31, according to Sitel Group Global Communications Director Rebecca Sanders.

Sanders said via email that “due to recent business changes, Sitel Group has made the decision to stop operations at its Caribou, Maine location.”

Roughly 100 are employed at the Caribou office, and they were all informed “of this difficult decision” on July 15, according to Sanders.

There are currently no plans to relocate Sitel to another office in the northern Maine area, and Sanders said that employees are being encouraged to “look into opportunities within the organization,” such as other offices throughout the United States, Canada and other countries in addition to Sitel’s “Work at Home” program.

Maine Senate President Troy Jackson issued a statement on Thursday in which he referred to the closure as a “devastating blow for the hundred workers who depend on this job to make ends meet and provide for their families.”

Sen. Jackson added that his office will be working with the Department of Labor for Rapid Response to ensure that workers get the resources they need, and encouraged any employees to contact his office via email at Troy.Jackson@legislature.maine.gov or (207) 287-1500.

“Please know that I have been in your shoes before and know what it’s like to lose a job through no fault of your own,” Jackson said. “Mark my words — I will fight like hell to help you land on your feet.”

U.S. Sen. Susan Collins, a Caribou native, said on Thursday that she was “extremely disappointed by the unexpected loss of this major employer in Caribou.”

“My office has been in touch with the site manager as well as the Caribou City Manager,” Senator Collins said. “In addition, my office will work closely with the Maine Department of Labor to ensure that those who are losing their jobs will receive all available assistance.”

Golden is also encouraging employees to reach out to his office and make use of all the resources available to them.

“Please do not hesitate to contact my staff in Caribou,” Congressman Golden concluded.

Maine Rep. John DeVeau, who serves House District 149 including Caribou, said on Friday that he was “deeply disappointed in the lost jobs in our community.”

“We in the northern part of the state have been placed on the bottom of the list in support of industry, manufacturing, real incentives for small business, and employment opportunities,” said DeVeau. “The fact that the political focus is not on the entire state has become more than obvious in my short time as a representative. When requests to the governor’s chief of staff for the governor’s assistance in finding funding for a statewide transitional program for veterans is flat out told no, it is absolutely disgusting.”

The Representative added that he will be submitting legislation focusing on “funding Mainers first,” adding that “if we have to ask for assistance to help nonMainers before Mainers, then we have an issue at the top leadership position.”

Officials at the Caribou Sitel office said they are not able to comment on the closure.

Only one member of Maine’s congressional delegation had come out in favor of impeaching President Donald Trump ahead of House Speaker Nancy Pelosi’s Tuesday announcement that the Democratic-led House of Representatives would begin an impeachment inquiry.
Apex Weather END_OF_DOCUMENT_TOKEN_TO_BE_REPLACED

Dale Crafts filed his nomination papers for Feb. 21 with the Secretary of State to officially be placed on the primary ballot on June 9, 2020, for the U.S. House of Representatives 2nd District race.
Our Sponsors END_OF_DOCUMENT_TOKEN_TO_BE_REPLACED