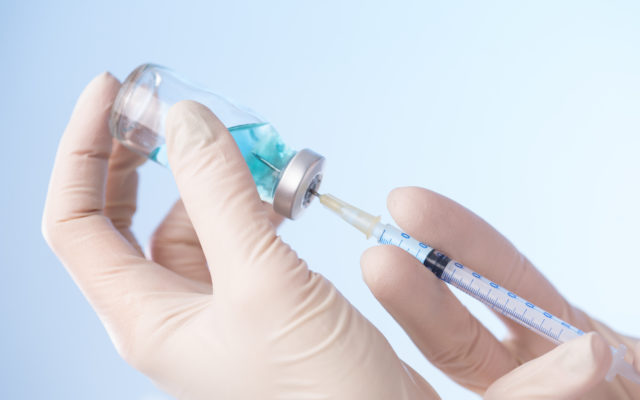 Contributed • July 10, 2019
With recent cases of both hepatitis A and measles in Aroostook County, local health care providers say following recommended vaccination schedules is more important than ever.

PRESQUE ISLE, Maine — With recent cases of both hepatitis A and measles in Aroostook County, local health care providers say following recommended vaccination schedules is more important than ever.

In the past several weeks, one pediatric case of the measles and nine cases of Hepatitis A have been confirmed, and about six months prior to that there was an outbreak of the chicken pox.  Vaccinations are the number-one protection against these diseases, along with good hand hygiene

Maria Rutmann, MD, a pediatrician at Northern Light AR Gould Hospital in Presque Isle, said there are some important reasons parents should have themselves and their children vaccinated.

“Some of this is peace of mind. If you follow the normal routine for shots, you don’t have to worry about public outbreaks like this,” said Rutmann.

That was certainly the case for many of the children, teens and young adults who presented to one of the many hepatitis A clinics held since the outbreak began. Providers determined after a check of their medical records that most of these younger people did not need a new shot.  This was because hep A vaccines began being offered in 1996 and became a routine part of childhood vaccines in 2010 unless declined by a parent.

Rutmann said vaccination is more than peace of mind and personal protection, however.

“It’s also our responsibility as a society.  There are some people who legitimately cannot be vaccinated, so when those of us who can choose not to, we are putting not only ourselves but them at risk,” she said.  “At some point, we are going to reach a tipping point and diseases we thought were no longer a problem are going to keep coming back.”

While there are valid medical or religious reasons someone may decline a recommended vaccine, the number of voluntary declinations is growing every year, oftentimes due to fear or a belief that the disease is no longer a threat.

Thomas Macharia, MD, an internal medicine provider and infectious disease specialist at Northern Light Primary Care in Presque Isle, points to the example of measles as to why that argument is not valid.

“The US officially eliminated measles in 2000, but since then a series of outbreaks have broken out when people from other parts of the world have traveled here and those not vaccinated have contracted the disease,” he explained.  “The most recent outbreak, which started on the West Coast, has now spread across the country.”

One reason diseases such as measles and hepatitis A can spread so quickly is that those infected most often do not know they have it when they start to be contagious. Symptoms oftentimes do not make themselves known until after a contagious person has been interacting with the public. For instance, people may not become symptomatic after exposure to hepatitis A for up to 50 days.

With that in mind, providers want people to know it is not too late to get a vaccine as a preventive step if they have not done so in the past.

AR Gould officials said the hospital provided over 580 hepatitis A vaccines in May following the initial confirmed case of a food worker diagnosed with the illness, and gave out over another 570 shots in June after more cases occurred. While most vaccines went to people potentially exposed to the virus, others were to individuals who sought prevention. That number of the latter continues to grow, and the hospital is offering the vaccine to employees.

Macharia reminded those who have recently received vaccines that a follow-up shot should be received six months after their initial vaccine.

“To be protected for life, a second shot is needed six months after the initial one,” said Macharia.  “Otherwise, while you are protected now, that protection will decrease over time.”

Ultimately, whether or not to get vaccinated is a personal decision, but when making that decision, Rutmann urged people to look at reliable sources of information, like the Centers for Disease Control.

“There is a lot of misinformation out there on social media that people may assume is true.  Go to reliable sources of information, like the CDC, to get the facts you need to make an informed decision,” she said.

Individuals should talk to their primary care provider or pediatrician to learn about what vaccines are recommended or to determine which vaccines they or their children have already had.  Providers can help catch patients up with any missed vaccinations and discuss any concerns.

Only one member of Maine’s congressional delegation had come out in favor of impeaching President Donald Trump ahead of House Speaker Nancy Pelosi’s Tuesday announcement that the Democratic-led House of Representatives would begin an impeachment inquiry.
Apex Weather END_OF_DOCUMENT_TOKEN_TO_BE_REPLACED

A strong upper-ridge anchored off the Southeastern US coast will bring warmer and more humid than normal conditions to the Valley through the late week period.
Campaign Corner END_OF_DOCUMENT_TOKEN_TO_BE_REPLACED

Dale Crafts filed his nomination papers for Feb. 21 with the Secretary of State to officially be placed on the primary ballot on June 9, 2020, for the U.S. House of Representatives 2nd District race.
Our Sponsors END_OF_DOCUMENT_TOKEN_TO_BE_REPLACED