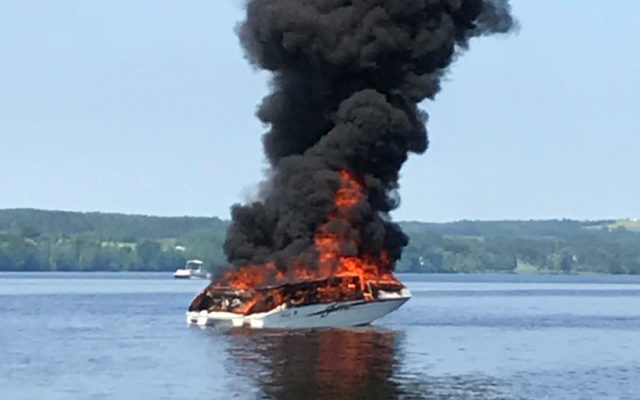 Boat burns on Long Lake, men aboard escape to safety

Staff Fiddlehead Focus • July 4, 2019
A boat fire on Long Lake July 4 totaled the vessel but both men on board escaped safely onto another craft.

ST. AGATHA, Maine  — A boat fire on Long Lake July 4 totaled the vessel but both men on board escaped safely onto another craft.

According to Cpl. John McDonald, public information officer at the Maine Department of Inland Fisheries and Wildlife, game wardens received a report at around 11 a.m. July 4 of a boat on fire on the lake.

Ken Martin, 60, of Sinclair was operating the craft, a 24-foot 1996 Mariah Jubilee watercraft. Passenger Kenny Prescott, 34, also of Sinclair, was on board, said McDonald in a press release. Both men were able to don their lifejackets and climb to safety onto a nearby boat.

The rescue craft attempted to tow the burning vessel to shore, but flames became too severe and safety personnel cut the tow line. Fully engulfed at that point, the boat drifted to within 70 feet from shore, where Madawaska Fire Department crews and other private boats were able to extinguish the flames, said the release.

Crews then towed the boat onto a nearby public beach, and a front-end loader supplied by a local resident removed it, said McDonald.

No injuries arose from the incident. Information on the cause of the fire was not immediately available. 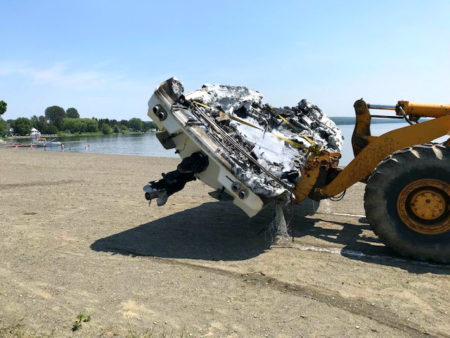 The charred remains of a boat owned by Ken Martin of Sinclair are removed with a pay loader after the boat caught fire on the Fourth of July. Martin and his passenger made it safely away from the fire. (Maine Department of Inland Fisheries and Wildlife)

Cloudiness in the region Thursday afternoon along with a slight chance for isolated showers Thursday night and Friday.
Crown Politics END_OF_DOCUMENT_TOKEN_TO_BE_REPLACED