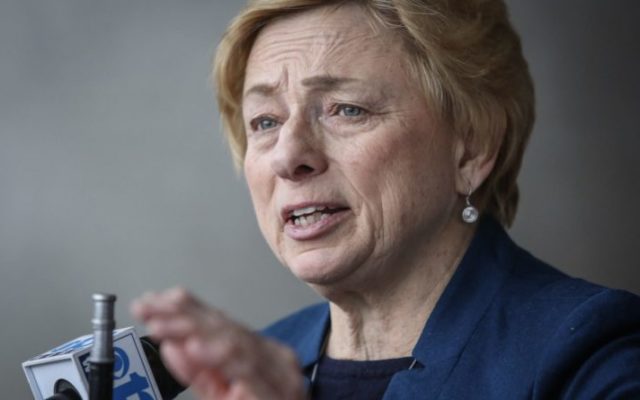 Loggers and haulers to benefit from new law

Proposed by State Senate President Troy Jackson, D-Allagash, the Act To Expand Application of the Maine Agricultural Marketing and Bargaining Act of 1973 to Harvesters and Haulers of Forest Products” will provide loggers and haulers the same collective bargaining rights as potato farmers and lobster fishermen, who have been given antitrust exemptions to form their own cooperatives.

“For too long, Maine loggers and wood haulers have been taken advantage of by large landowners, who hold significant power over these workers and their ability to provide for their families. This bill will right this wrong by giving these workers the same rights as everybody else,” said Jackson.

“LD 1459 will ensure that loggers and haulers finally get what they deserve: a fair shot to have strong wages, reasonable hours and safe work environments,” he said.

According to a press release from Jackson’s office, the Maine Uniform Agricultural Cooperative Association Act was designed to allow agricultural producers to join associations to improve conditions and promote policies that benefit the industry. This bill extends the act to include loggers and wood haulers.

The Forest Stewardship Council requires that employees have the right to organize and negotiate with an employer as a part of their certification for sustainable harvesting. This certification, used widely by Maine’s forest products industry, ensures forests and forest products are responsibly harvested in terms of social, ecological, economic and environmental factors.

Logging consistently ranks as one of the most dangerous occupations in America, Jackson said. Loggers and wood haulers typically work extremely long hours for low pay and no benefits. Ninety-five percent of Maine’s forest is privately owned. Private companies own 61 percent of that land, while family forestland owners hold title to another 33 percent. This gives a lot of authority to landowners over the roughly 24,000 workers in an industry that annually contributes $1.8 billion to Maine’s economy.

LD 1459 will take effect 90 days after the Legislature adjourns.

High pressure will bring mostly clear to partly cloudy skies to northern Maine today and tonight as low-pressure slides east of the region in the southern part of the state.
Campaign Corner END_OF_DOCUMENT_TOKEN_TO_BE_REPLACED

Dale Crafts filed his nomination papers for Feb. 21 with the Secretary of State to officially be placed on the primary ballot on June 9, 2020, for the U.S. House of Representatives 2nd District race.
Our Sponsors END_OF_DOCUMENT_TOKEN_TO_BE_REPLACED