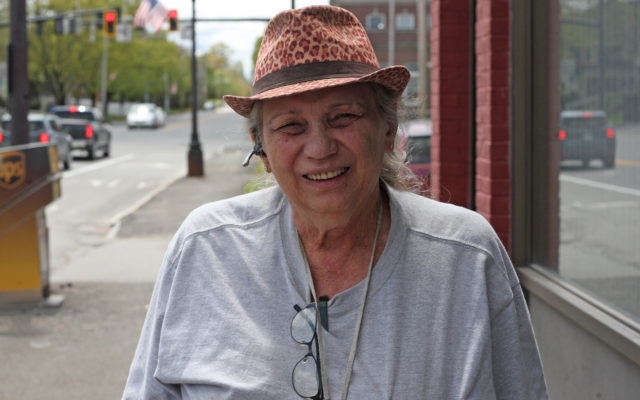 Joseph Cyr • June 6, 2019
Frances Gage may not be a native of Aroostook County, but she has proudly called The County “home” for the past 26 years. When she settled herre, she brought a lifetime of experiences with her.

Frances Gage may not be a native of Aroostook County, but she has proudly called The County “home” for the past 26 years. When she settled herre, she brought a lifetime of experiences with her.

Born at the Chelsea Naval Hospital on Oct. 20, 1945, Gage spent most of her life in Massachusetts.

“I am a transplant from Bah-ston,” she said, conjuring up a thick Bostonian accent whenever the time calls for it.

A former professor of engineering, a teacher for deaf students, a one-time tugboat captain and an entrepreneur, Gage has lived a full and varied life thus far. She was married for a number of years to Frank Gage and the couple had two children. Sadly, all three are now deceased.

So how did she wind up in the wilds of northern Maine?

“I had not taken a vacation in a great number of years,” Gage said. “Finally, I got fed up with my job (at Benjamin Franklin Institute of Technology) and the president of the college told me to take as long as I liked.”

Gage said she had never been to Maine, let alone Aroostook County, so in 1991 she hopped in her car, hit Interstate 95 and drove what she remembers as an unfathomable number of hours until she reached the Canadian border crossing.

“I didn’t even know where I wanted to go,” she said. “I just got on I-95 and started driving. A great number of hours later, I saw a sign saying, ‘You are leaving the United States.’ I didn’t really want to do that, so I turned around and came into Houlton.”

She intended to spend just one day in the Shiretown, but that one day quickly turned into a week. “I absolutely loved the place,” Gage said. “Everybody seemed so nice and pleasant. It felt just like ‘Mayberry, RFD.’ I knew this was where I wanted to retire.”

Next came the pursuit for the perfect piece of land, and she stumbled upon a 50-acre parcel in Amity where she could build any kind of home she wanted, with plenty of solitude.

“Originally, I intended to just put a camper or something on the lot,” she said. “There was nothing there, just lots of trees and one particularly sluggish moose. I am a firm believer in the thought that ‘The way it is, is the way it should be.’”

Her first exposure to a northern Maine winter was one she will never forget.

“I remember going into the house and it was a bright sunny day, but the next day the snow was completely blocking the door,” she said. “I had to dig my way out.”

While her home was being built, she continued to live in Massachusetts, but came to Maine as often as she could. She finally decided to retire for good in 1993 and completed her move to Maine along with her two dogs, Micky Moose and Ginger, and her companion, Greg.

Today, Gage said she is perfectly acclimated to the northern Maine winters and could never see herself returning to the hectic lifestyle of the big city.

“I love how quiet and laid back everything is compared to living in downtown Boston,” she said. “That was chaos city.”

As the Maine Turnpike expects 1 million travelers alone over the Labor Day weekend, policymakers are gearing up for a sprint to solve one of the state’s most intractable problems: a long-standing — and growing — transportation funding gap.
Apex Weather END_OF_DOCUMENT_TOKEN_TO_BE_REPLACED

The Valley will receive an inch or less of accumulation from Thursday's system based on current forecast model data.
Our Sponsors END_OF_DOCUMENT_TOKEN_TO_BE_REPLACED