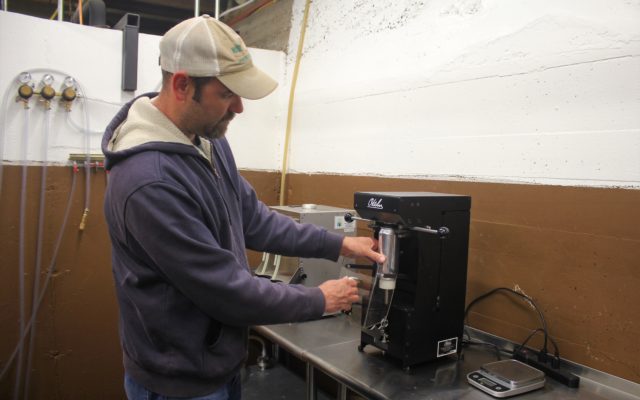 FORT KENT, Maine — When five friends opened Fort Kent’s first brewery 18 months ago, they had no idea just how successful their new business venture would become. 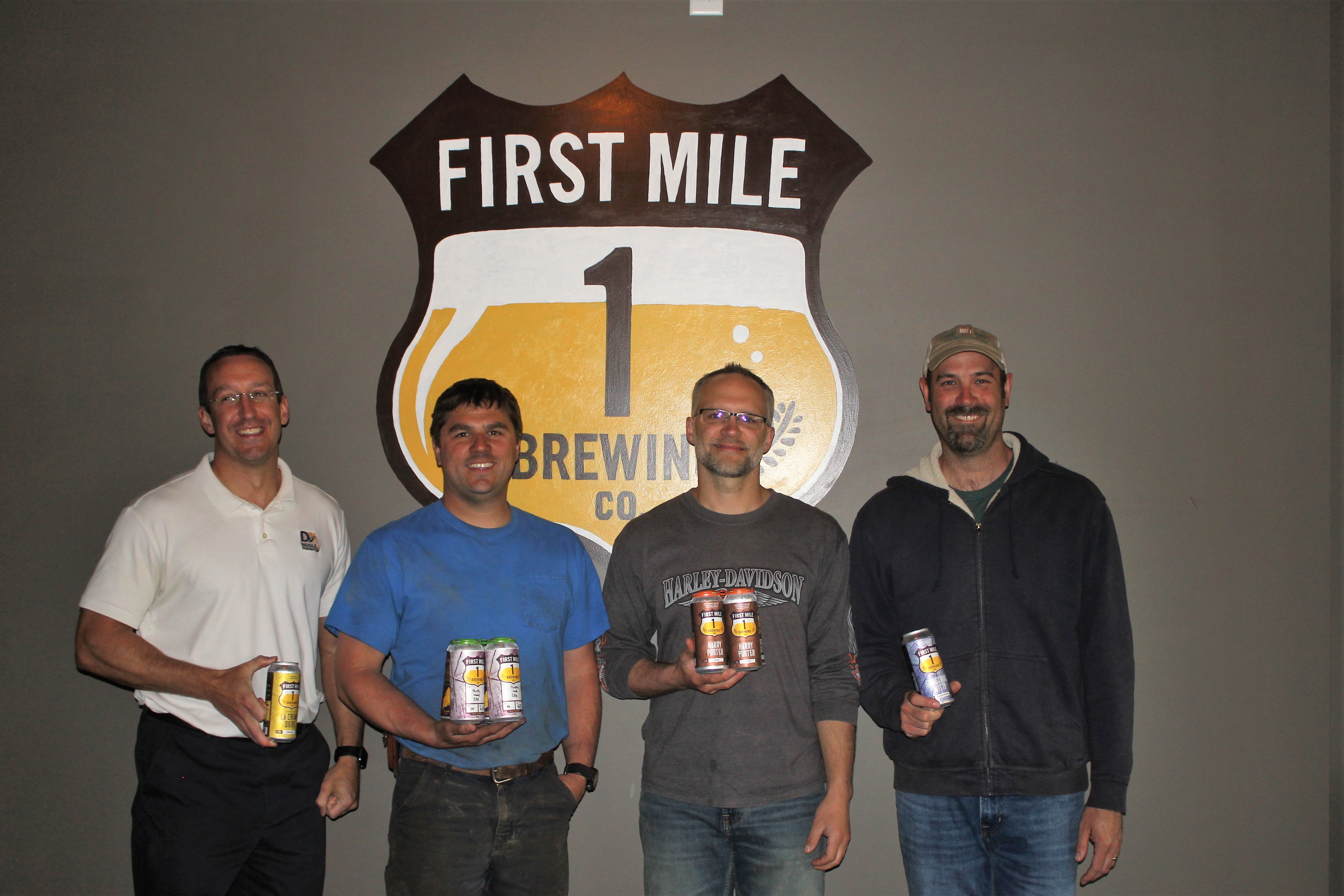 David Saucier, Travis Jandreau, Travis Guy, Matt Deprey and Dr. Rodney Lahren all have full-time professions outside the brewery, but share a passion for craft beer.

They decided to turn this shared hobby into First Mile Brewing Co., which they opened in a former grain warehouse on Market Street in late November 2017.

It has grown at a rapid rate ever since.

First Mile had a handful of beer recipes and fermenters with four barrels of capacity when it first opened. The business now has 19 barrels of capacity to keep up with the demand for the more than 30 flavors of craft beers the men have created so far.

First Mile beer is so popular that businesses from Fort Kent to Caribou offer the product on tap, including Fort Kent Golf Club, Lonesome Pine Trails, Walker’s Pub and the Swamp Buck in Fort Kent. The Inn of Acadia and Big Rick’s in Madawaska also serve First Mile brews, as do Eureka Hall Restaurant in Stockholm, Lakeview Restaurant in St. Agatha and The Warehouse Bar and Grill in Caribou.

A few weeks from now, Time Out Sports Bar in Presque Isle will join in serving First Mile beers on tap.

First Mile has expanded into the business of canning their beers for sale at its Market Street site.

“We’ve been asked for a long time from a lot of customers to do this,” Guy said.

The brews served in can form will vary depending on what is available during any given week, a menu that will likely continue to expand as the businessmen seem to have an unlimited imagination for developing new beer flavors. 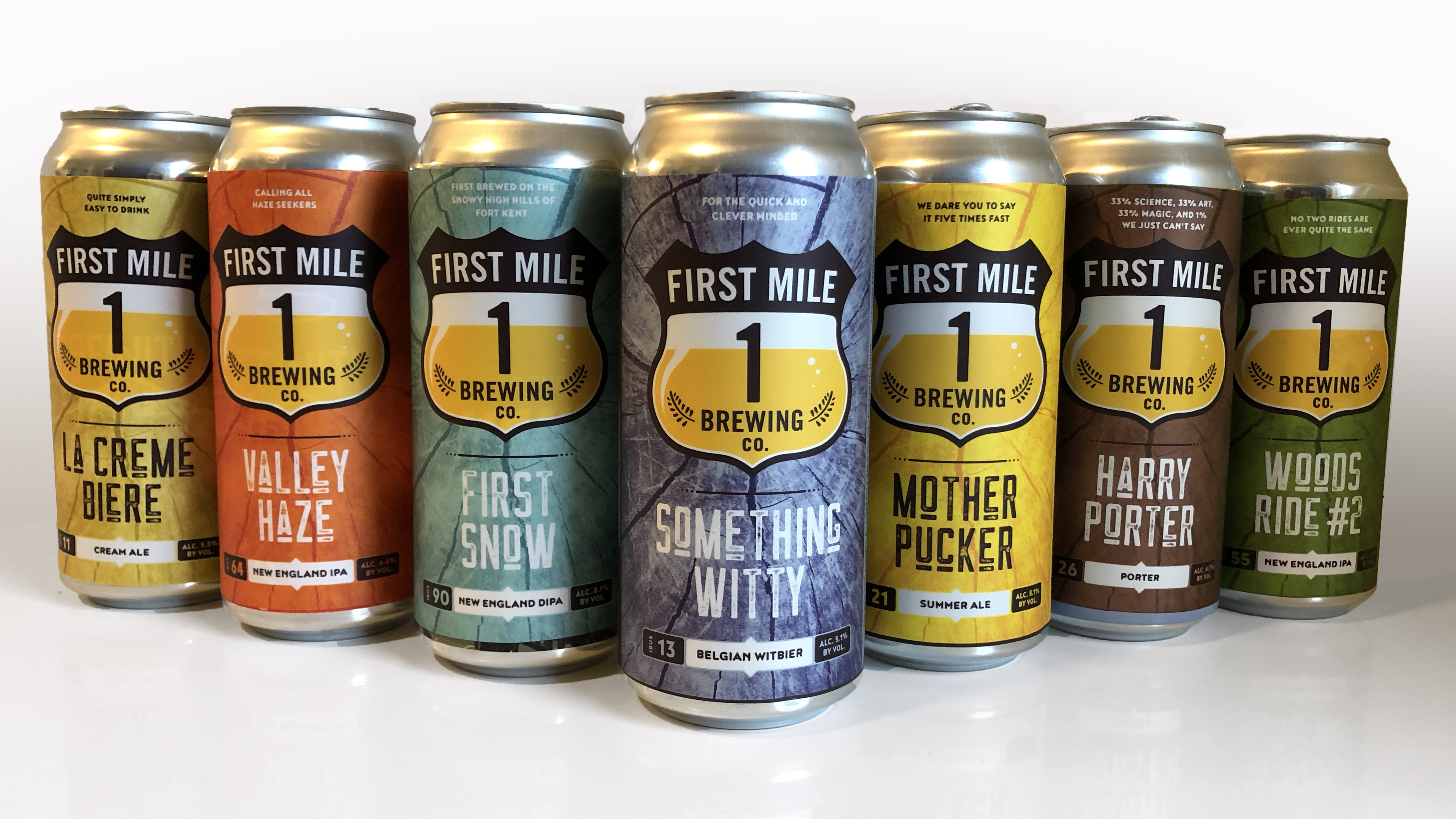 “We kind of all talk about it and generate a recipe,” he said. Not all beer flavors are available at all times, with some being only seasonally available. The latest seasonal beer the men created is Big Tap Maple, which is made with locally produced maple syrup that Deprey taps on his own maple farm.

A mainstay flavor since the brewery first opened, and the most popular seller is Something Witty, which First Mile menus claim contains “a wit full of citrus flavors with a smooth-mouth feel.”

The guys use locally made products whenever possible, and attribute their success so far to a simple business strategy.

“We all take great pride in the quality of our product,” Guy said.

People from outside Aroostook County have taken notice of the quality of First Mile beers.

“We had a couple here a few weeks ago from Bangor who drove up on a Sunday just to spend the afternoon here and have our beers,” Guy said. “This happens all the time.”

First Mile does not serve food, but it is always available at the brewery.

A “BYOF” (bring your own food) option is in place. The Whistle Stop restaurant is located just next door in the same building as First Mile, and frequently walks over food deliveries to brewery customers.

Other local restaurants, including Mooseshack and Walker’s Pub, also are willing to deliver to First Mile.

First Mile hosts Trivia Night on Wednesdays and Flight Night on Thursdays, which means customers can sample a flight of four different craft beer flavors for $5. 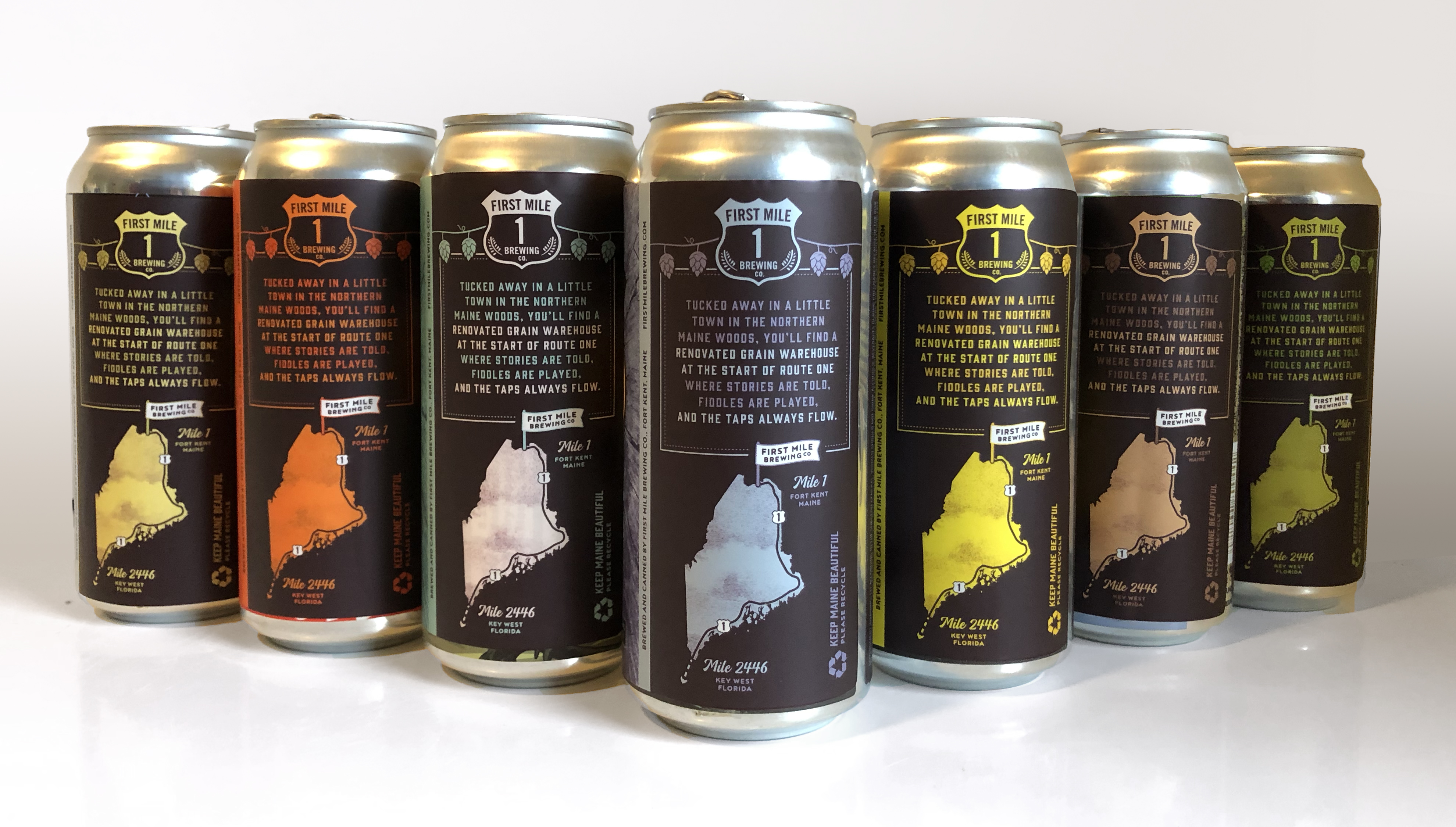 First Mile releases a list of new can flavor options each Thursday.

Liane Nadeau Design of Fort Kent created colorful labels for the cans, which on the front display the First Mile logo Nadeau also designed for the company, and on the back features a map of Maine, with an arrow pointing to the brewery’s location in Fort Kent.

The back of the label reads:

“Tucked away in a little town in the northern Maine woods, you’ll find a renovated grain warehouse at the start of Route One where stories are told, fiddles are played, and the taps always flow.”

For updates on First Mile Brewing Co., check out the business’ Facebook page.

A warm front will approach the Valley today and cross the region this evening.
Campaign Corner END_OF_DOCUMENT_TOKEN_TO_BE_REPLACED

Dale Crafts filed his nomination papers for Feb. 21 with the Secretary of State to officially be placed on the primary ballot on June 9, 2020, for the U.S. House of Representatives 2nd District race.
Our Sponsors END_OF_DOCUMENT_TOKEN_TO_BE_REPLACED