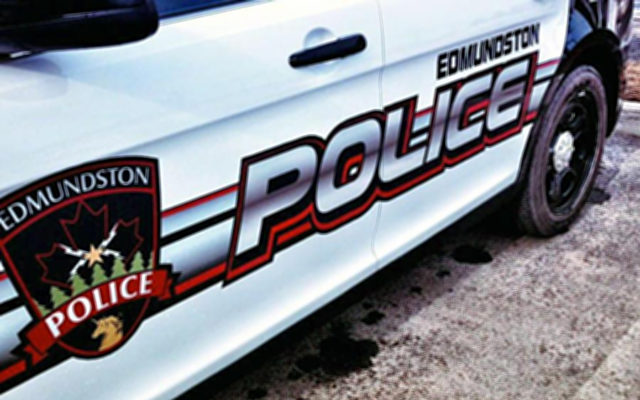 EDMUNDSTON, New Brunswick — Police are searching for an armed man who allegedly shot an employee of an Edmundston business early Monday morning.

The Edmundston Police Force responded to a caller’s report of a break-in at a warehouse on Canada Road shortly after midnight.

A male employee entered the warehouse and discovered a man had broken into the building, according to police. The man allegedly shot the employee who was later taken to a local hospital for treatment of minor wounds and released.

The suspect fled the warehouse in a company vehicle that police say he stole from the business. The suspect then crashed the vehicle near Highway 2 before fleeing on foot, police said.

Police described the suspect, who they warn is very likely still armed, as an English speaking Caucasian man, approximately 30 years old, with a dark complexion, short hair and a mustache.

The suspect is between 5-foot-10 and 6 feet and has an athletic build. He also has tattoos on his neck and a possible chin injury. The suspect might also smell like gasoline, according to police.

The Edmundston Police Force is asking the public to be vigilant and report any suspicious individuals to them at (506) 739-2100.

No one should attempt to confront the suspect, police said.

Heavy snow is expected to overspread the Valley this afternoon and continue into the evening hours.
Crown Politics END_OF_DOCUMENT_TOKEN_TO_BE_REPLACED

Maine’s longest serving legislator, Martin was first elected to the Maine House of Representatives in 1964 when he was 23.
Our Sponsors END_OF_DOCUMENT_TOKEN_TO_BE_REPLACED