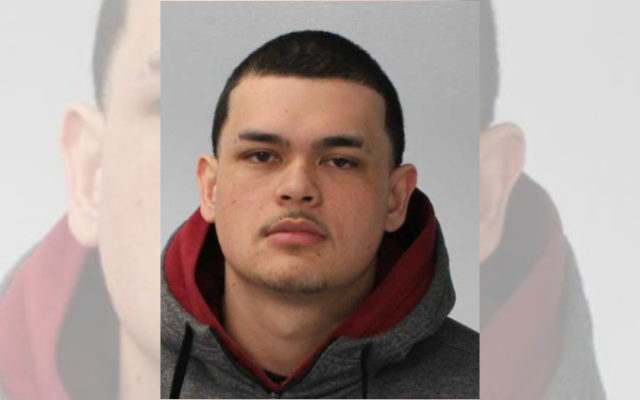 Jen Lynds, BDN Staff • May 21, 2019
Attorneys for a Presque Isle man found guilty on charges of manslaughter and aggravated assault last week said that they plan to appeal the judgment against their client.

CARIBOU, Maine — Attorneys for a Presque Isle man found guilty on charges of manslaughter and aggravated assault last week said that they plan to appeal the judgment against their client.

Hunter Tzovarras, one of the defense attorneys for Jonathan Limary, said on Monday evening that the case will “definitely” be appealed. He did not discuss grounds for the appeal.

A jury found Limary, 23, guilty of manslaughter and aggravated assault against Jean C. Bragdon after a weeklong trial in Aroostook County Superior Court in Caribou. The jury deliberated for approximately four hours.

Bragdon, a 44-year-old dishwasher at Jade Palace in Caribou, died on Nov. 17, 2017, at his best friend’s home. His death occurred in the weeks following a fight on Oct. 30, 2017, during which Limary kicked him in the face after Bragdon had just finished fighting another man. Multiple witnesses testified that Bragdon was “winded” and down on his hands and knees when Limary kicked him.

Ten hours after he was released from the hospital following a second surgery, which Flomenbaum said was necessary for facial reconstruction and because the broken bones compromised Bragdon’s breathing, the man collapsed and bled to death. His cause of death was listed as hemorrhagic complications following multiple fractures of the facial bones due to blunt force trauma to the head.

Bragdon and Limary were strangers to each other until the evening when the fight happened in the parking lot of a Caribou business. Bragdon went there to fight 20-year-old Andrew Geer of Presque Isle.

Geer testified that after he and Bragdon scuffled for approximately 90 seconds, with each landing punches, before he backed away from the victim. That is when he said Limary “came out of nowhere” and kicked Bragdon.

Limary admitted to police that he had kicked the victim.

Bragdon, who was visiting the Willettes, saw the comments, took offense and demanded Geer meet him to fight.

Assistant Attorney General Robert Ellis said during closing arguments that “there was no need to kick Bragdon” as Limary had done.

“The fight was over,” he said. “This was simply retribution. It was to teach Bragdon a lesson … witnesses have testified that Bragdon was winded after the fight, on all fours or with both knees and one hand on the ground, when the kick occurred. The bottom line is that he was defenseless and not a threat to anyone.”

Limary took the stand in his own defense on the last day of the trial, testifying that he kicked Bragdon to protect himself and others. He said that after Geer and Bragdon finished fighting, he thought Bragdon was going to get up and continue to fight. At the same time, he said, he thought that friends of Bragdon who had rushed to the scene were going to join in the skirmish.

“Jean was getting up and it looked like he was going to continue to fight,” he said. “My actions were done to prevent it from happening.”

During cross examination, Ellis noted that Limary never mentioned that he feared for his own safety or that of others when he spoke to police the day after the fight. Limary contended that the police never questioned him about his fears or concerns.

Defense Attorneys Tzovarras and Adam Swanson maintained that Limary did not cause Bragdon’s death. Tzovarras said in his closing arguments that Bragdon died from surgical complications after electing to have the second operation.

He noted that when Bragdon was seen at Cary Medical Center in Caribou shortly after the fight, he was discharged after a three-hour visit because his injuries were not life threatening and he was in stable condition. He also said that when he returned to the hospital 10 days later, a physician noted that his condition had “markedly improved.”

He said that Bragdon’s surgery carried a risk of hemorrhaging and even death, but he consented to it.

Ellis argued that Bragdon would never had needed surgery had Limary not kicked him.

Ellis requested that his bail be revoked, but Swanson argued that Limary had been successful on bail for a year and had employment. Stewart allowed him to remain free on bail until his sentencing on June 20 in Houlton.

As the Maine Turnpike expects 1 million travelers alone over the Labor Day weekend, policymakers are gearing up for a sprint to solve one of the state’s most intractable problems: a long-standing — and growing — transportation funding gap.
Apex Weather END_OF_DOCUMENT_TOKEN_TO_BE_REPLACED

Mostly cloudy skies will develop after midnight as a warm front moves across the area with some snow flurries possible overnight.
Our Sponsors END_OF_DOCUMENT_TOKEN_TO_BE_REPLACED