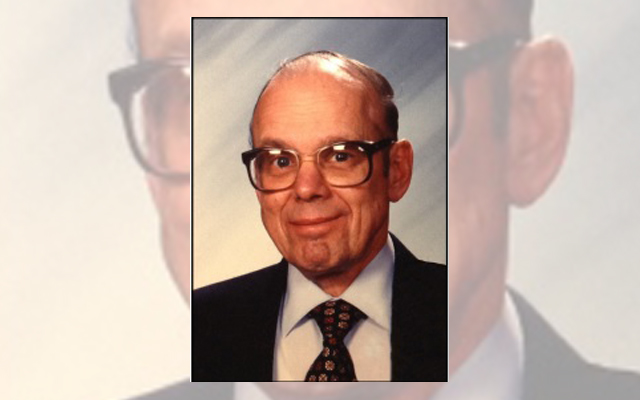 Jessica Potila, SJVT / FhF Staff Writer • May 15, 2019
Joseph J. Falter, a co-founder of the St. John Valley Times newspaper more than 60 years ago, died at his Colorado home on Monday, May 13, according to his son, Michael. He was 89 years old.

Joseph J. Falter, a co-founder of the St. John Valley Times newspaper more than 60 years ago, died at his Colorado home on Monday, May 13, according to his son, Michael. He was 89 years old.

Falter, along with Emile Genest, founded the St. John Valley Times in Madawaska in 1957 and served as publisher until 1971, when he sold the newspaper to his brother-in-law, Forrest Rahrig. 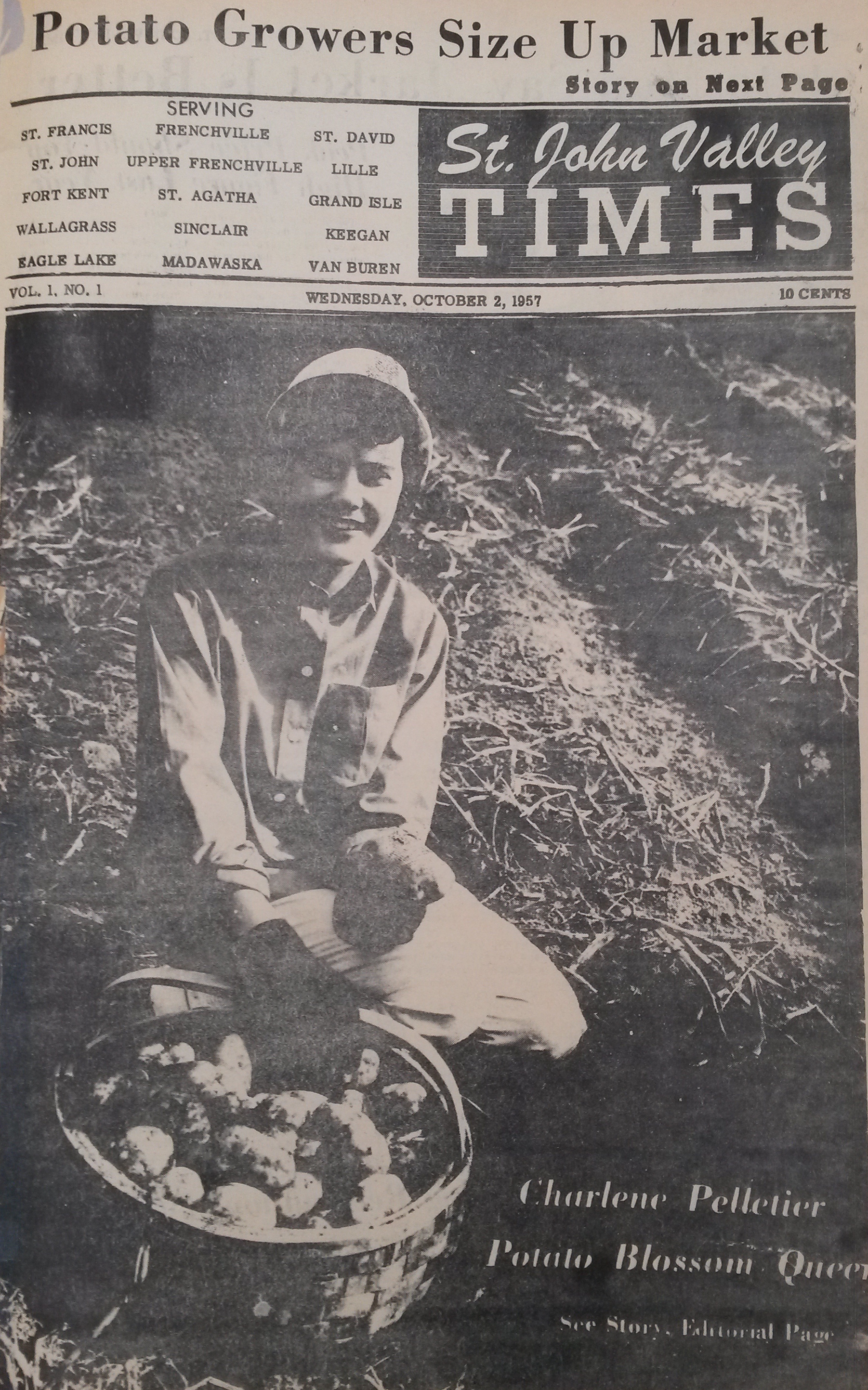 The first front page of the St. John Valley Times, published on Oct. 2, 1957, boasted an article about potato growers sizing up the market as well as a large photo of Charlene Pelletier of Madawaska who was picked the 1957-58 Potato Blossom Queen at the Potato Blossom Festival on July 25, 1957. (SJVT file photo 1957)

Emery “Legs” Labbe, a member of the Maine Press Association Hall of Fame who worked with Falter for many years at the St. John Valley Times during the 1960s and early 1970s, described him as “a great man.”

“Joe Falter was a hard worker and very dedicated to the paper,” Labbe said. “He was a talented and professional weekly newspaper publisher and editor. Joe always did his best to provide readers and advertisers with quality services.”

When the first edition of the St. John Valley Times went to press on Oct. 2, 1957, Falter, along with Genest published an editorial explaining why they founded the newspaper.

“We feel this area needs its own newspaper to carry on the views and news of the people living here. We feel that a weekly paper — such as The Valley Times — is the best medium to do the job,” they wrote.”And we also feel that the weekly newspaper is — and will become in the Valley — an indispensable voice to this community. It knits together the people who live in this market area. It is the public record which notes the births and deaths of citizens  — and most every accomplishment between those two points, the beginning and the end.”

“In my first editorial after taking over as publisher, I reprinted Joe Falter’s first editorial talking about his pride and his challenges in publishing a newspaper in the Valley. I have great respect and admiration for him,” Levesque said.

Although Levesque never worked directly with Falter at the St. John Valley Times, Falter had a crucial role in inspiring Levesque toward a career in the news industry.

“I took a journalism class at the University of Maine at Fort Kent from Joe Falter. He instilled in me a desire to try my hand at community journalism. I cannot thank him enough,” Levesque said.

Falter was born Sept. 15, 1929, in Delphos, Ohio, to the late John B. and Ida (Hempfling) Falter. He served in the U.S. Army in Stuttgart, Germany, during the Korean Conflict, and earned a master’s degree in journalism from Miami University in Ohio.

Falter married Annette Boucher on May 2, 1960, with whom he had four children.

After selling the St. John Valley Times, Falter and his family relocated to Ohio where he worked as editor of The Western Star weekly newspaper until his retirement in 1994. Falter and his wife relocated to Aurora, Colo., in 2009, where they helped raise their grandchildren. Annette Falter died last year.

His obituary indicates that Joseph Falter will be interred at Fort Logan National Cemetery near Denver, Colo.

Only one member of Maine’s congressional delegation had come out in favor of impeaching President Donald Trump ahead of House Speaker Nancy Pelosi’s Tuesday announcement that the Democratic-led House of Representatives would begin an impeachment inquiry.
Apex Weather END_OF_DOCUMENT_TOKEN_TO_BE_REPLACED

Dale Crafts filed his nomination papers for Feb. 21 with the Secretary of State to officially be placed on the primary ballot on June 9, 2020, for the U.S. House of Representatives 2nd District race.
Our Sponsors END_OF_DOCUMENT_TOKEN_TO_BE_REPLACED