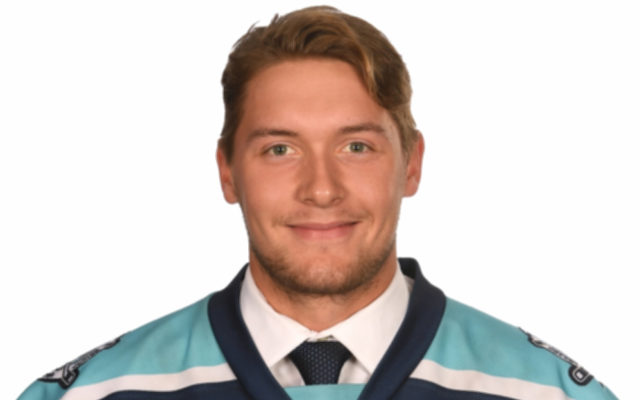 Logan Johnston will play for the Dalhousie Tigers

Contributed • May 11, 2019
Edmundston Blizzard’s organization is proud to announce that the team’s top scorer of the two past season, Logan Johnston, will join the Dalhousie Tigers.

EDMUNDSTON, New Brunswick — Edmundston Blizzard’s organization is proud to announce that the team’s top scorer of the two past season, Logan Johnston, will join the Dalhousie Tigers of the Atlantic University Sport (AUS) League next season.

Last season, Johnston finished in fourth place among the scoring leaders of the Maritime Junior A Hockey League (MHL) with 71 points (27g, 44a) in 48 games, six points better than in 2017-18.

The former Blizzard captain will be studying in the Arts Program at Dalhousie University.

“I am very excited to be able to continue to play hockey at the next level with the DAL Tigers in Halifax,” said former Blizzard #19. “It will give me an opportunity to not only get a high level of education but also further my hockey development. I am very excited for this next chapter. “

At the last Blizzard Player Awards Ceremony held last March, Johnston was chosen by his teammates as the team’s most valuable player.

Only one member of Maine’s congressional delegation had come out in favor of impeaching President Donald Trump ahead of House Speaker Nancy Pelosi’s Tuesday announcement that the Democratic-led House of Representatives would begin an impeachment inquiry.
Apex Weather END_OF_DOCUMENT_TOKEN_TO_BE_REPLACED

A strong upper-ridge anchored off the Southeastern US coast will bring warmer and more humid than normal conditions to the Valley through the late week period.
Campaign Corner END_OF_DOCUMENT_TOKEN_TO_BE_REPLACED

Dale Crafts filed his nomination papers for Feb. 21 with the Secretary of State to officially be placed on the primary ballot on June 9, 2020, for the U.S. House of Representatives 2nd District race.
Our Sponsors END_OF_DOCUMENT_TOKEN_TO_BE_REPLACED