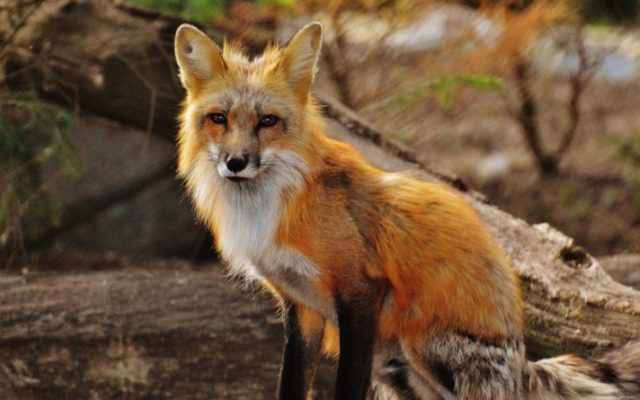 Fox terrorizes 2 Maine homes, biting woman and dogs before being killed with shovel

Beth Brogan, BDN Staff • May 9, 2019
A Bowdoinham woman was bitten by a fox Tuesday evening shortly before the fox found its way into a neighboring house and was killed by a resident.

A Bowdoinham woman was bitten by a fox Tuesday evening shortly before the fox found its way into a neighboring house and was killed by a resident.

Deputy Matt Sharpe of the Sagadahoc County Sheriff’s Office went to a Pond Road home just after 9 p.m. Tuesday in response to a report that a fox had chased a resident’s dog and then bitten the resident as she tried to get her dogs into the house, Chief Deputy Brett Strout said Wednesday afternoon.

The 39-year-old woman reportedly called one dog into her house, and when she went outside to get her other dog, the fox went into the house and bit her, Strout said.

She was treated by EMS at the house and then went to Mid Coast Hospital in Brunswick for follow-up. Her dogs were taken to their veterinarian for care, although Strout said it’s not clear whether they were bitten by the fox.

While still at the Pond Road home, Sharpe and Animal Control Officer Cliff Daigle were called at 9:37 p.m. to a home on Post Road in Bowdoin, where deputies believe the same fox had chased dogs around the yard and then followed them into that house.

The resident reported that after hearing his dog barking, he saw a fox chasing it around the yard, Strout said. When he called his dog into the house, the fox followed, and the man was able to pin the fox between the door and the wall before his son killed the fox with a shovel, Strout said.

No people were bitten, but the dog was and was later taken to a veterinarian.

Daigle bagged the dead fox, which he said had porcupine quills embedded in it, and took it to the state Health and Environmental Testing lab in Augusta for testing.

The dogs will be quarantined if necessary, Strout said, and lab tests will be made public after they are completed.

The attacks were the latest in what has been a busy year for animal control officers in Sagadahoc County. Seven animals there have tested positive for rabies since February, four of them in the city of Bath, and one each in Bowdoin and Bowdoinham, according to the Maine Center for Disease Control and Prevention.

Four animals have tested positive for rabies in Penobscot and Cumberland counties, while the remaining counties have seen three or fewer.

In March, public health authorities in Bangor searched for 10 to 12 people thought to have handled a rabid bat with their bare hands after it was found in the area of the Shaw House.

Rabies is fatal but preventable if treated without delay after exposure. Individuals who had direct skin contact with a rabid animal should start rabies prophylaxis as soon as possible, the Maine CDC said. The treatment includes two injections: one with human rabies immune globulin and the rabies vaccine.

Police urge residents to be aware of the incidents, maintain control of their pets, keep their vaccinations updated and call an animal control officer or a veterinarian if they see anything unusual or if their pets are exposed to wildlife.

Only one member of Maine’s congressional delegation had come out in favor of impeaching President Donald Trump ahead of House Speaker Nancy Pelosi’s Tuesday announcement that the Democratic-led House of Representatives would begin an impeachment inquiry.
Apex Weather END_OF_DOCUMENT_TOKEN_TO_BE_REPLACED

A strong upper-ridge anchored off the Southeastern US coast will bring warmer and more humid than normal conditions to the Valley through the late week period.
Campaign Corner END_OF_DOCUMENT_TOKEN_TO_BE_REPLACED

Dale Crafts filed his nomination papers for Feb. 21 with the Secretary of State to officially be placed on the primary ballot on June 9, 2020, for the U.S. House of Representatives 2nd District race.
Our Sponsors END_OF_DOCUMENT_TOKEN_TO_BE_REPLACED