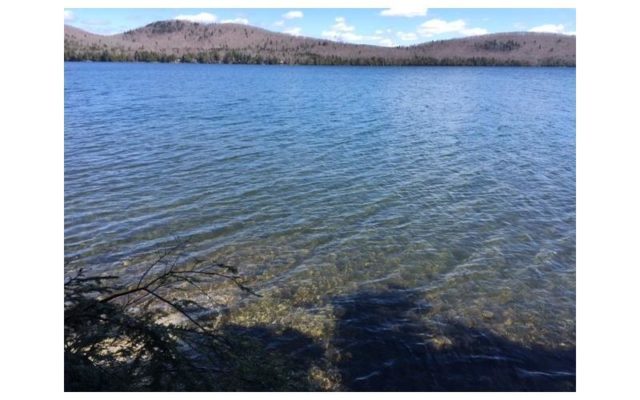 Jen Lynds, BDN Staff • May 9, 2019
After more than 35 years of living away from Aroostook County, Tara Thomas and her husband, Jeffrey, decided three months ago to move back to the area from Massachusetts and retire.

PRESQUE ISLE, Maine — After more than 35 years of living away from Aroostook County, Tara Thomas and her husband, Jeffrey, decided three months ago to move back to the area from Massachusetts and retire.

Currently, they are living in a small recreational vehicle while they decide whether to build a home or buy one.

It is a decision, Thomas said Monday, that is more difficult than she thought it would be.

“My husband and I always thought that we would eventually retire and come back to Aroostook County and build ourselves a little house,” she said Monday. “But we really didn’t take into account the price of building materials and the changes in the housing market.”

Realtors throughout The County said Monday that most customers who are seeking new places to live in the area are not seeking land, but they are looking for dwellings already built on them.

Jane Towle, an owner of RE/MAX in Presque Isle, said Monday that most of her customers are buying existing homes.

“It is expensive to build a home,” she said. “Labor costs for building a home are quite high. People would rather purchase a home that has already been built and lived in, in my experience. They want that home that has good bones.”

She said that in central Aroostook, there also is not as much land for sale as there was 20 years ago.

Steven Johnson, a real estate agent at St. John Valley Realty Co. in Fort Kent, said he is experiencing the same phenomenon in that region.

“Currently, we are not seeing too many people who are interested in building on land,” he said. “They want the house that has already been built for someone else.”

He said that the biggest obstacle for those looking to build on land is the expense of installing water, sewer and the cost of materials.

“It takes quite a while to get your investment into a home back,” said Johnson. “That is why most people are just looking for something that has already been built.”

Down in Houlton, Greg Miller at Northern Maine Realty said his experience is a bit different.

While Thomas said Monday that she and her husband might end up remaining in their recreational vehicle for a few more months, she is confident that they will find a home by the end of July or August.

“We’ll find something,” she said. “There are plenty of options to choose from.”

Only one member of Maine’s congressional delegation had come out in favor of impeaching President Donald Trump ahead of House Speaker Nancy Pelosi’s Tuesday announcement that the Democratic-led House of Representatives would begin an impeachment inquiry.
Apex Weather END_OF_DOCUMENT_TOKEN_TO_BE_REPLACED

A strong upper-ridge anchored off the Southeastern US coast will bring warmer and more humid than normal conditions to the Valley through the late week period.
Campaign Corner END_OF_DOCUMENT_TOKEN_TO_BE_REPLACED

Dale Crafts filed his nomination papers for Feb. 21 with the Secretary of State to officially be placed on the primary ballot on June 9, 2020, for the U.S. House of Representatives 2nd District race.
Our Sponsors END_OF_DOCUMENT_TOKEN_TO_BE_REPLACED