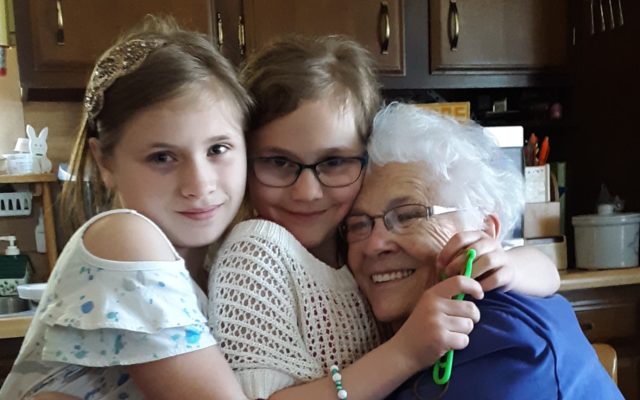 Jessica Potila, SJVT / FhF Staff Writer • May 8, 2019
While raising 10 children, Beatrice Jacques Daigle of Fort Kent worked as an elementary school teacher, drove a potato truck on her husband’s farm during the potato harvest, and even churned her own butter.

FORT KENT, Maine — While raising 10 children, Beatrice Jacques Daigle of Fort Kent worked as an elementary school teacher, drove a potato truck on her husband’s farm during the potato harvest, and even churned her own butter.

She also found time to volunteer in her community, something the 85-year-old still does as a member of the Fort Kent Columbiettes, the Catholic Order of Foresters and Ladies of St. Anne. 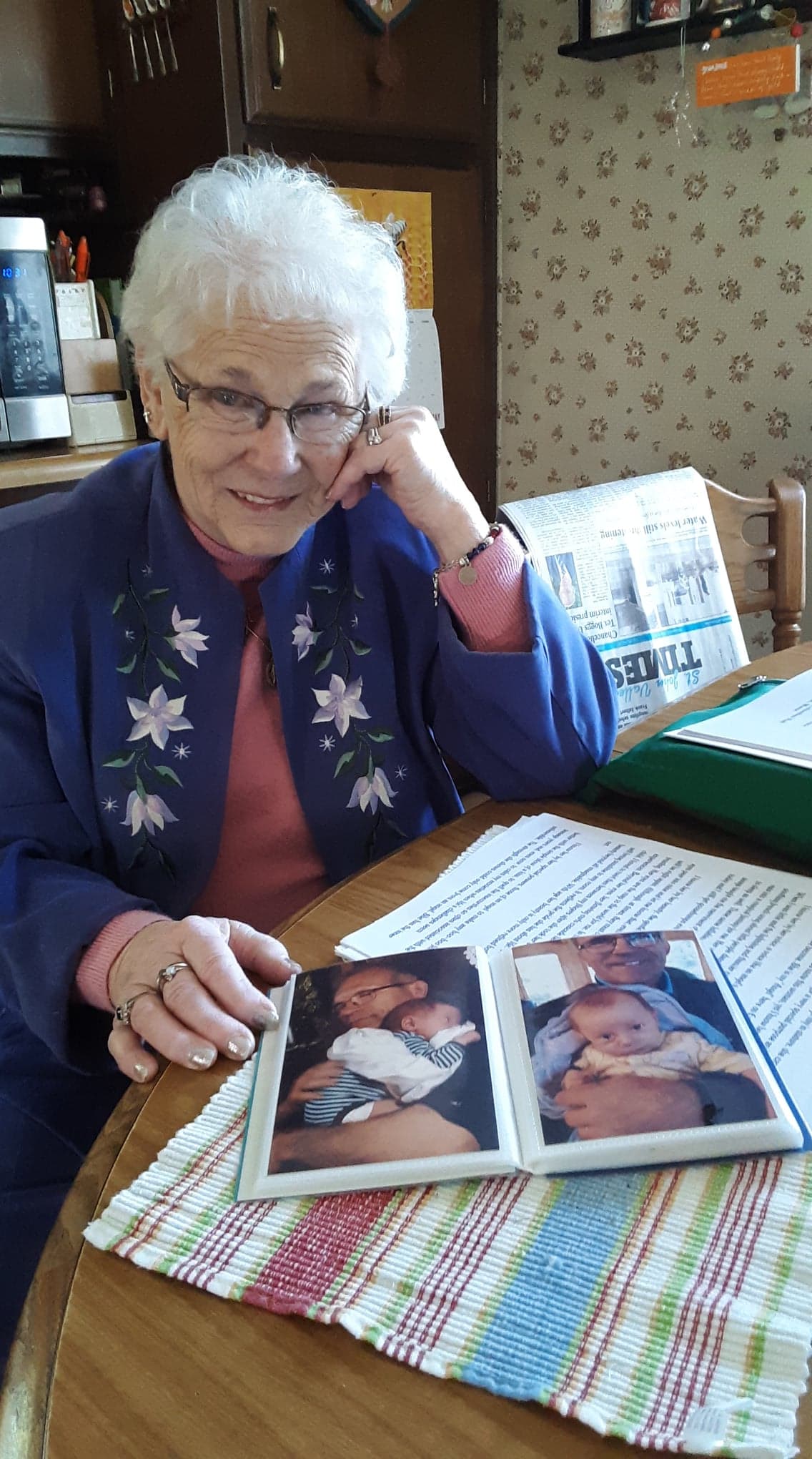 Beatrice Daigle, 85, of Fort Kent looks over photos of her grandchildren on Sunday, May 5. (Jessica Potila | SJVT/FhF)

She married her husband Zenon Daigle in 1952 and still lives in the home the couple moved into together following their honeymoon.

Beatrice and Zenon, who passed away in 2011, met at the former Camille’s Dance Hall in Fort Kent with the help of some divine intervention, according to Daigle.

“I was dating another fellow; we were at a wedding where he was busy serving liquor.

Zenon was there too. I loved to dance and he was a dancer also; we danced a couple of times,” she said.

A few months later, she and her boyfriend ended their relationship.

“The fellow I was with, he did something I didn’t like and I figured if he did it one time he might do it again,” she said. “I went to dance at Camille’s again with some friends and  Zenon was there.”

They immediately began dating and were married ten months later.

“My dad got a job as the Van Buren town manager and couldn’t find an apartment to fit five. Zenon said, ‘I can take one off your hands.’ So we were married. We had a wonderful marriage. It was the right thing to do. God has a way of dealing with things like that many times,” Daigle said.

The couple went on to raise five sons and five daughters and the family has since expanded to include 25 grandchildren and 17 great grandchildren.

“I wanted to have a large family,” Daigle said. “We all get along so well; we’re a very close family. I’m very close to all of my children. I feel sad for the ones I don’t have a chance to see as often as I want but I talk to them on the phone a lot.”

“I take care of his daughters after school many nights. I’m happy to be able to do that. I am teaching them to sew and knit,” Beatrice Daigle said.

Her other children include Fort Kent dentist Lucien Daigle, a physician’s assistant who lives in Wisconsin, a carpenter, and a fisherman who lives with his family on their own island in Alaska.

“Today, they are all hard workers and as healthy as possible,” Beatrice Daigle said proudly of her children.

The Ladies of St. Anne named Beatrice Daigle Mother of the Year in 2016. At the time, Daigle’s daughter Marie wrote a poem titled ‘I Know a Woman,’ about Beatrice.

“Although tiny in stature, she carries a mighty spirit,” her daughter wrote. “I know her by her wisdom, the wisdom of an angel. From the time I was born, every achievement I have accomplished can be attributed in great part to her teaching. … All that I know about being a strong and independent woman, I have learned from her example. My strength, tenacity, determination, ambition, frugalness, courage and wit are part of who I am because she modeled them and expected them of me. For this I will be forever thankful.”

Beatrice’s granddaughter, Taylor Fowler who lives downstate wrote an essay for school a few years ago describing her grandmother as her hero.

“My hero is a 4’11” blue-eyed 82-year-old stubborn little spitfire who has the biggest heart around and someone who I admire and aspire to be like every day,” Fowler wrote. “Because of my Memere, I try in my daily life to follow her example. I try to be as stubborn and tough as she is. Her kind hearted ways guide me to consider others in whatever I do and try to be selfless. I know that her faith in God has helped her through life’s trials with courage and strength. I aspire to live by the examples she has set for me, to be like her, because it is the way all people should be.”

Only one member of Maine’s congressional delegation had come out in favor of impeaching President Donald Trump ahead of House Speaker Nancy Pelosi’s Tuesday announcement that the Democratic-led House of Representatives would begin an impeachment inquiry.
Apex Weather END_OF_DOCUMENT_TOKEN_TO_BE_REPLACED

A strong upper-ridge anchored off the Southeastern US coast will bring warmer and more humid than normal conditions to the Valley through the late week period.
Campaign Corner END_OF_DOCUMENT_TOKEN_TO_BE_REPLACED

Dale Crafts filed his nomination papers for Feb. 21 with the Secretary of State to officially be placed on the primary ballot on June 9, 2020, for the U.S. House of Representatives 2nd District race.
Our Sponsors END_OF_DOCUMENT_TOKEN_TO_BE_REPLACED