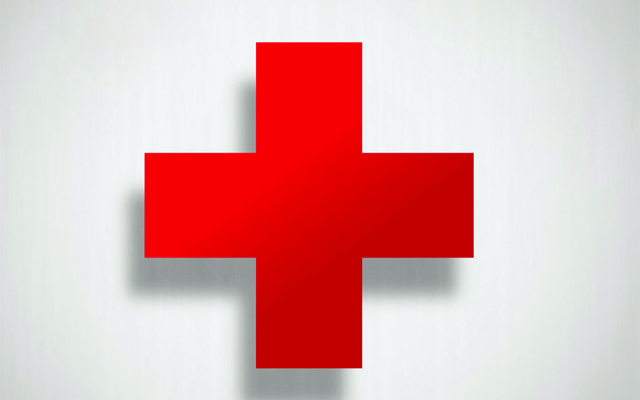 Contributed • April 26, 2019
The American Red Cross will honor ordinary people in Aroostook County who do extraordinary things at the 21st annual Real Heroes Awards Breakfast at 7:30 a.m. on Friday, May 17, in Presque Isle.

CARIBOU, Maine — The American Red Cross will honor ordinary people in Aroostook County who do extraordinary things at the 21st annual Real Heroes Awards Breakfast at 7:30 a.m. on Friday, May 17, in Presque Isle.

The event, slated at the Stone Ridge Event Center, honors community members in the categories of: Real Heroes, Community Impact, Veteran Impact, Business of the Year, The American Red Cross Biomed Award and The Sponsorship Award.

Attendees will have a chanced to sponsor a smoke alarm to protect a County family from a home fire. All proceeds will go to local disaster relief efforts.

“These folks share a common theme of helping others in need,” said Mary Green, the Aroostook County community manager of the Red Cross. “These awards recognize and thank these very special individuals for taking action and making a difference.”

Honorees include the following.

Joe Theriault of Presque Isle was nominated by Josh Tweedie. Theriault acted quickly when a fire broke out in an apartment next to the Star City IGA in Presque Isle.  Because of his heroic actions, the store was saved, the apartment building was spared, as well as many lives that day.

Amy Beil of Limestone was nominated by Cuppy Johndro. Beil found her husband Bill on the floor unresponsive, with no pulse. She performed CPR for 10 minutes, ultimately saving Bill’s life.

Adriana McCarty of Fort Fairfield was nominated by David Demerchant. When a man collapsed at the Northeastland Hotel, she and three other people sprang into to action to help. McCarty took turns in doing CPR until EMTs arrived, saving the man’s life.

Peter Blood of Houlton was at a camp with a group of people one wintry day when an 8-year-old boy decided to go down to the pond. When the young child slipped and fell into the icy pond, Blood jumped into action by pulling him out and undoubtedly saving the boy’s life.

Shelly and Hampton Jackson of Caribou, nominated by Lister-Knowlton VFW and Auxiliary Post 9389, were out driving after a wind storm when they came upon a car that had flipped over. They called 911, looked for help and never left the driver’s side, comforting her until help arrived.

Kristi Herron of Caribou will receive the 2019 Biomed Volunteer of the Year Award. She has been the Cary Medical Center blood drive coordinator for Red Cross blood drives since 1990. Her passion for taking care of the donors and coordinating successful drives has never wavered over the last 29 years.

Only one member of Maine’s congressional delegation had come out in favor of impeaching President Donald Trump ahead of House Speaker Nancy Pelosi’s Tuesday announcement that the Democratic-led House of Representatives would begin an impeachment inquiry.
Apex Weather END_OF_DOCUMENT_TOKEN_TO_BE_REPLACED

A strong upper-ridge anchored off the Southeastern US coast will bring warmer and more humid than normal conditions to the Valley through the late week period.
Campaign Corner END_OF_DOCUMENT_TOKEN_TO_BE_REPLACED

Dale Crafts filed his nomination papers for Feb. 21 with the Secretary of State to officially be placed on the primary ballot on June 9, 2020, for the U.S. House of Representatives 2nd District race.
Our Sponsors END_OF_DOCUMENT_TOKEN_TO_BE_REPLACED