During his final campus town hall meeting at the University of Maine at Fort Kent on Thursday, outgoing University of Maine System Chancellor James H. Page named Dr. Tex Boggs to serve as interim president and provost for UMFK while the system trustees conduct a national search for a new leader. 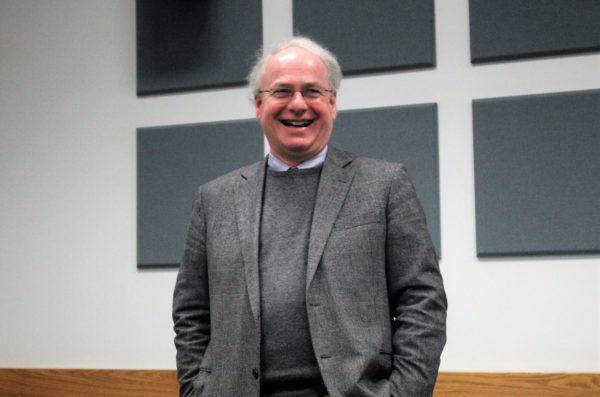 Current UMFK President John Short announced on March 7 his plans to retire at the end of this academic year.

Boggs has more than 25 years of administrative experience and has been serving as interim provost and vice president for academic affairs at UMFK since August 2018.

The chancellor also announced on Thursday that the trustees plan to confer upon former Maine Gov. Paul Lepage an honorary degree at the 2019 UMFK graduation ceremony in May. Page said Lepage will be in attendance at the event.

She added that he has been a “strong addition to our leadership team and we are pleased he has agreed to serve as interim president.”

Short said Boggs will “bring a continuity and stability in leadership at a critical time for UMFK. He is passionate about the mission of UMFK and the challenges and opportunities that the campus will face in the next year. He has earned the confidence of the entire campus community and has been a team member in this transition. I am certain that the greater Fort Kent community will embrace his passion for the critical role that UMFK plays in the St. John Valley.”

Page, a UMFK graduate who plans to retire as UMS Chancellor on June 30, expressed in the release his confidence that his alma mater will be in good hands while the trustees search for someone to fill the position of UMFK president on a more permanent basis. At Thursday’s town hall event, Page said the search will begin in earnest this coming fall, and he anticipates the trustees will fill the position sometime late spring or early summer of 2020. 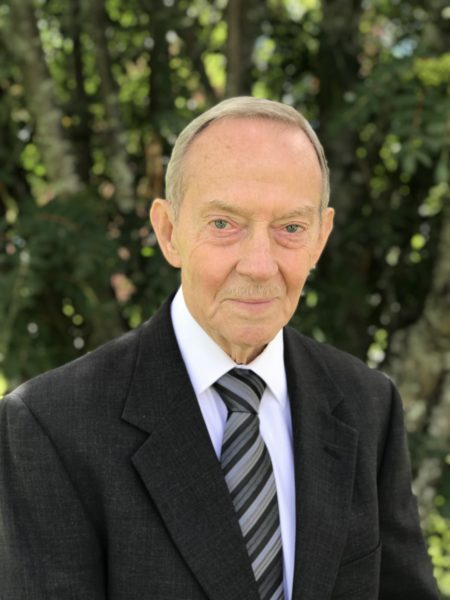 Dr. Tex Boggs will serve as interim president and provost for UMFK while the system trustees conduct a national search for a new leader. Chancellor James Page announced Boggs’ appointment on April 25. (Courtesy of UMFK)

“Over the course of the next year, UMFK will have opportunities to invest new resources, better align its academic portfolio and campus priorities with state and regional needs, and strengthen its collaboration with the University of Maine at Presque Isle,” the chancellor said. “Dr. Boggs is a proven academic leader and collaborator. He strongly supports the campus mission, and our shared, public university commitment to student and state success.”

In announcing the honorary degree being bestowed on LePage, the chancellor said that while the former governor “can be at times controversial,” he has done much to support the [University of Maine System], including providing the system with “really meaningful financial resources.”

LePage provided UMS with “more money the last two years he was governor than the previous two administrations in total,” Page said. He added that LePage was a “huge proponent of Pleasant Street Academy,” which gives high-school students an opportunity to earn college credits.

Boggs did not speak during the chancellor’s visit, though he was in attendance. In the press release, Boggs states that he is looking forward to stepping into his new roles at UMFK.

“The University of Maine System is setting a national standard for public higher education reform and state-focused service. The innovation and leadership at the small campuses is a major reason why the change initiative has been so successful,” said Boggs. “We have a lot to be proud of at UMFK and I am pleased to have the opportunity to join our talented and dedicated faculty and staff during the coming year. I know they will be fully committed to both the work we will do here in the St. John Valley and the efforts we will make to strengthen our collaborations with our sister campuses and community partners.”

Boggs will begin serving as UMFK interim president and provost on July 1, provided the system trustees approve the appointment at their May meeting. However, Page said on Thursday that the trustees have all indicated their support for Boggs and that the vote at the May meeting is a formality.

Only one member of Maine’s congressional delegation had come out in favor of impeaching President Donald Trump ahead of House Speaker Nancy Pelosi’s Tuesday announcement that the Democratic-led House of Representatives would begin an impeachment inquiry.
Apex Weather END_OF_DOCUMENT_TOKEN_TO_BE_REPLACED

A strong upper-ridge anchored off the Southeastern US coast will bring warmer and more humid than normal conditions to the Valley through the late week period.
Our Sponsors END_OF_DOCUMENT_TOKEN_TO_BE_REPLACED