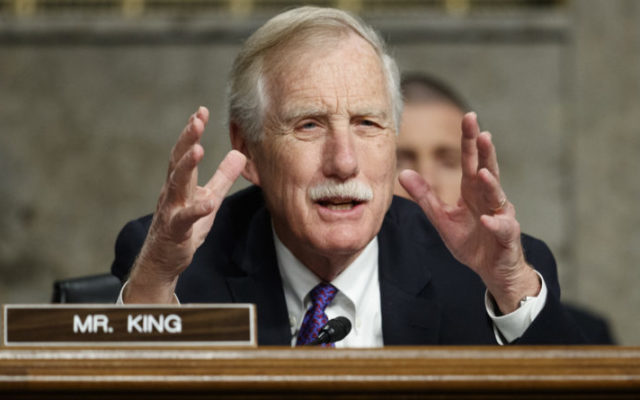 No time to waste in fight against climate change

Contributed • April 22, 2019
This week marks Earth Day, when people around the globe come together to express appreciation for the planet we all share, and to unite in advocacy for the solutions that will preserve this planet for the generations ahead of us.

This week marks Earth Day, when people around the globe come together to express appreciation for the planet we all share, and to unite in advocacy for the solutions that will preserve this planet for the generations ahead of us.  There’s no better place to celebrate and witness the beauty of our planet than in Maine — and, since the Gulf of Maine is warming faster than 99% of the world’s oceans and our forests are seeing impacts of warming trends, there are few places more affected by the impacts of climate change. These shifts would seriously alter key parts of our state’s economy and ecosystems; the stakes could not be higher.

In recent days, we’ve seen a serious increase in the conversation on Capitol Hill surrounding this existential threat, focusing on a range of ways to take bold action and secure this world for our children and grandchildren.  I don’t agree with every proposal that’s been put forward, but I couldn’t agree more with the need for a dialogue that leads to swift, attainable, and comprehensive action to stem climate change.

As someone who has spent a significant amount of his life working in renewable energy, I wanted to share some of my perspective on a few key ambitious yet realistic goals that can help us create impactful change:

Strengthening research and development into electricity storage technology. There are a number of renewable energy resources that have contributed to reducing greenhouse gas emissions — particularly solar and wind energy. However, we currently can’t rely on these sources to meet all of our power needs because they rely on weather conditions that are not fixed. I wouldn’t want to count on a sunny day during a Maine winter to charge my phone. But advancements in storage technology would make it so any power generated by these renewable resources in excess of what is consumed in the short-term could be saved for a rainy (or cloudy) day. This would unlock the immense potential of renewable energy on a larger scale.

Emphasizing energy efficiency to reduce overall consumption. Energy efficiency is the unsung hero of efforts to reduce carbon dioxide emissions — because no matter how great our technological advancements are, the cheapest, cleanest kilowatt-hour will always be the one that is never used. The challenge here is that energy efficiency investments often have an insufficient return, so we should be seeking new ways to incentivize people to reduce their consumption. My suggestion? Utilities could pay customers to consume more efficiently — call it a “Negawatt” on your electricity bill — reducing costs for the consumer and lowering expenses for the utility.

Recommitting to an international solution. It’s fitting that Earth Day is an international holiday, because any advances in combatting climate change and protecting our planet will require an international solution. Carbon dioxide doesn’t respect a nation’s borders. That’s why I was so pleased that three years ago, on Earth Day 2016, the Paris Climate Agreement was signed by approximately 170 countries. This was a truly historic achievement, that had the potential to be a turning point in the fight against climate change — but, as is far too common in this effort, a step forward was closely followed by a step back, when the Trump administration withdrew from this agreement in June 2017. This was a massive mistake, on an issue where we do not have any room for error; we need to return to international leadership on this issue, not ignore the problem.

Climate change is the most serious and pressing global challenge of our time, and it merits the most forceful response we can muster — not for just our future, but for that of our children and grandchildren. I don’t want to not have an answer when future generations ask, “What did you do when the climate was deteriorating? When the glaciers were melting? When the sea level was rising? When the storms were increasing in intensity? When the wildfires were burning our states? What did you do, Senator?” I want to be able to tell them I took action — that we took action. And this Earth Day is as good a time as any to get to work — because we don’t have any time to waste.

Only one member of Maine’s congressional delegation had come out in favor of impeaching President Donald Trump ahead of House Speaker Nancy Pelosi’s Tuesday announcement that the Democratic-led House of Representatives would begin an impeachment inquiry.
Apex Weather END_OF_DOCUMENT_TOKEN_TO_BE_REPLACED

A strong upper-ridge anchored off the Southeastern US coast will bring warmer and more humid than normal conditions to the Valley through the late week period.
Campaign Corner END_OF_DOCUMENT_TOKEN_TO_BE_REPLACED

Dale Crafts filed his nomination papers for Feb. 21 with the Secretary of State to officially be placed on the primary ballot on June 9, 2020, for the U.S. House of Representatives 2nd District race.
Our Sponsors END_OF_DOCUMENT_TOKEN_TO_BE_REPLACED