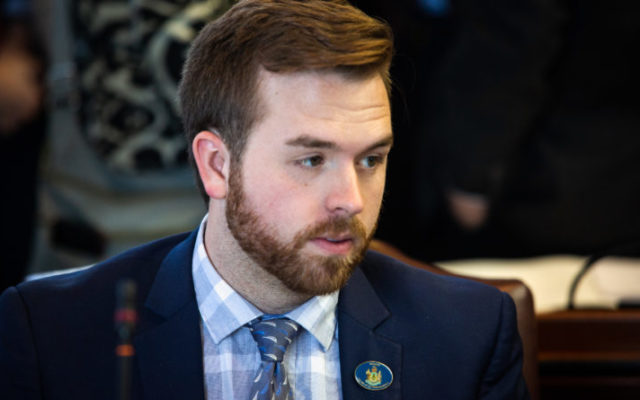 Alex Acquisto, The Forecaster • April 22, 2019
A bill broadly banning the use of conversion therapy on minors won bipartisan support in a legislative committee Thursday.

A bill broadly banning the use of conversion therapy on minors won bipartisan support in a legislative committee Thursday.

The amended bill from Rep. Ryan Fecteau, D-Biddeford, would bar most certified licensed professionals from using the controversial method of therapy on anyone in Maine younger than 18 and prohibit the use of MaineCare to pay for it.

It earned unanimous support from Democrats on the Health Coverage, Insurance and Financial Services Committee and partial support from Republicans. Rep. Mark Blier, R-Buxton, and Rep. Gregg Swallow, R-Houlton, were the only members to vote against the bill.

Conversion therapy is a largely discredited method of therapy used to try and change a person’s sexual orientation or gender identity. Maine is the only state in New England that has yet to ban the practice for minors. At least 15 states have passed similar measures.

Former Gov. Paul LePage vetoed a similar bill from Fecteau last year, and both chambers were unable to muster enough votes to override it, with House Republicans largely siding with the governor. Support from Republicans in Thursday’s committee vote likely signals a road to passage this year, as Democratic Gov. Janet Mills has indicated support for Fecteau’s position.

Fecteau’s proposal is nearly identical to a bill from Rep. Susan Austin, R-Gray, but his is broader in its definition. Both would prohibit the use of MaineCare to pay for the practice, but Fecteau’s bill defines conversion therapy as “any practice or course of treatment” claiming or seeking to change a person’s sexual orientation or gender, while Austin’s bill defines it as any “aversive practice or treatment,” intending to change one’s gender or sexual orientation.

The Republican’s bill defines aversive as “any practice or treatment that is intended to induce changes in behavior through unpleasant stimuli or punishment,” including “the use of seclusion, isolation, ice baths or physical restraint.”

The delineation is slight, but Austin’s bill could leave room for certain types of talk therapy that some might perceive as conversion therapy.

Fecteau’s bill will now be considered for passage by the full Legislature, while Austin’s remains stalled.

Only one member of Maine’s congressional delegation had come out in favor of impeaching President Donald Trump ahead of House Speaker Nancy Pelosi’s Tuesday announcement that the Democratic-led House of Representatives would begin an impeachment inquiry.
Apex Weather END_OF_DOCUMENT_TOKEN_TO_BE_REPLACED

High pressure will bring mostly clear to partly cloudy skies to northern Maine today and tonight as low-pressure slides east of the region in the southern part of the state.
Campaign Corner END_OF_DOCUMENT_TOKEN_TO_BE_REPLACED

Dale Crafts filed his nomination papers for Feb. 21 with the Secretary of State to officially be placed on the primary ballot on June 9, 2020, for the U.S. House of Representatives 2nd District race.
Our Sponsors END_OF_DOCUMENT_TOKEN_TO_BE_REPLACED