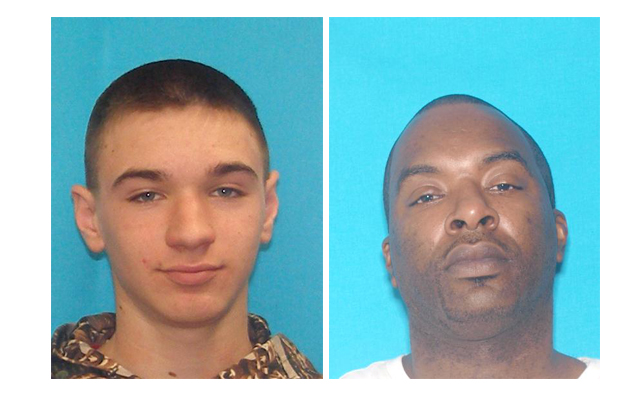 EAGLE LAKE, Maine — The search for a Presque Isle man wanted by police led to two arrests in Eagle Lake on April 18.

Police have had an outstanding warrant out on Joseph Malik Thompson, 39, of Presque Isle for an alleged domestic violence assault in that city in March.

After receiving a tip that Thompson was staying at a residence on the Aroostook Road in Eagle Lake, Maine State Police Trooper Matt Curtin obtained a search warrant for the residence which a team of troopers and two U.S. Border Patrol agents executed at 6:30 p.m. on Thursday.

While searching the home, police found Thompson as well as Joshua Bernier, 20, of Fort Kent, who was wanted on two outstanding warrants, both for failure to appear on drug related charges.

Police transported Thompson to the Aroostook County Jail in Houlton. They brought Bernier to the Fort Kent Police Department where he posted bail. Both men are due to appear in court in May.

As the Maine Turnpike expects 1 million travelers alone over the Labor Day weekend, policymakers are gearing up for a sprint to solve one of the state’s most intractable problems: a long-standing — and growing — transportation funding gap.
Apex Weather END_OF_DOCUMENT_TOKEN_TO_BE_REPLACED

The Valley will receive an inch or less of accumulation from Thursday's system based on current forecast model data.
Our Sponsors END_OF_DOCUMENT_TOKEN_TO_BE_REPLACED