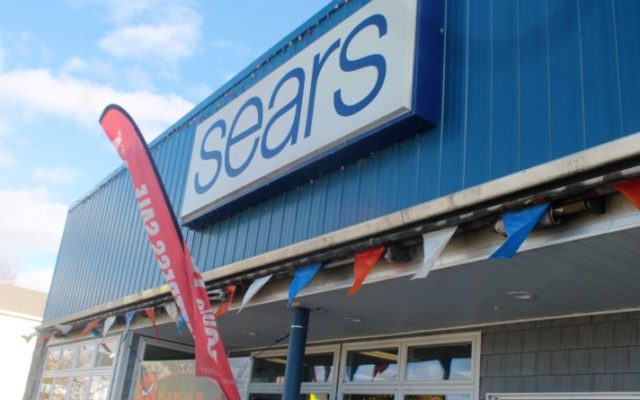 Lori Valigra • April 17, 2019
The company that owns Sears is trying to buy back all of the Sears Hometown and Outlet Stores, which were separated into a different company in 2012.

The company that owns Sears is trying to buy back all of the Sears Hometown and Outlet Stores, which were separated into a different company in 2012.

The move set off a spate of media reports that Sears Hometown might liquidate instead, according to Chain Store Age and Crain’s Chicago Business.

Sears Hometown, which sells home appliances and tools, has Maine stores in Caribou, Fort Kent, Farmington and Houlton. The store manager in Farmington said all of the stores will remain open.

However, Sears Hometown did close some stores this year, including one in Newport.

ESL Investments, through its affiliate Transform Holdco LLC, on April 5proposed that it buy all common stock of Sears Hometown that is not currently owned by ESL and its affiliates. ESL owns a majority 58.8 percent stake in Sears Hometown.

Transform offered a price of $2.25 per share. Sears Hometown stock was trading at that price around 1:30 p.m. Tuesday.

But Sears Hometown said on April 8 that a committee it had formed to consider the stock purchase had decided it was not in the best interest of Sears Hometown. The two parties are continuing their discussions, according to a Sears Hometown statement.

On April 15, ESL filed a report with the U.S. Securities and Exchange Commission in which it claimed that Sears Hometown’s board said it would meet to discuss liquidating the stores. In the filing Lampert said he wanted to prevent the liquidation. He suggested procedural changes to the bylaws of Sears Hometown to help stop the liquidation.

In a statement when the results were released on March 29, the company’s CEO Will Powell said Sears Hometown made some progress in trimming losses in the fourth quarter by closing, or starting to close, 105 stores. The company has a total of 677 Hometown and Outlet stores.

He said a group of stores continue to underperform and that costs in the supply chain have risen significantly.

Despite efforts to improve the productivity of stores, he said, “we expect we will close a group of Hometown stores in the first quarter of 2019.” He did not specify which stores would be affected.

A Sears Hometown spokesperson did not respond directly to whether any Maine stores would close, but said the company, “is always evaluating our network to determine which communities are best served by our stores. In some cases, for a variety of reasons, we opt to close certain stores.”

Only one member of Maine’s congressional delegation had come out in favor of impeaching President Donald Trump ahead of House Speaker Nancy Pelosi’s Tuesday announcement that the Democratic-led House of Representatives would begin an impeachment inquiry.
Apex Weather END_OF_DOCUMENT_TOKEN_TO_BE_REPLACED

Dale Crafts filed his nomination papers for Feb. 21 with the Secretary of State to officially be placed on the primary ballot on June 9, 2020, for the U.S. House of Representatives 2nd District race.
Our Sponsors END_OF_DOCUMENT_TOKEN_TO_BE_REPLACED