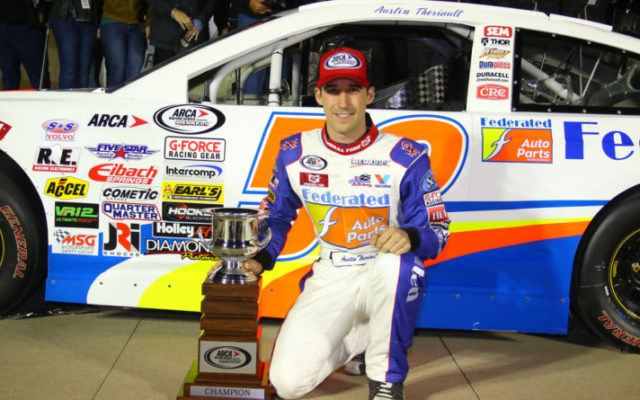 Theriault qualified 26th in the 32-truck field and completed the race two laps down over the .526-mile short-track oval.

Theriault has a multirace deal with Ricky Benton Racing Enterprises.

Because the Benton Racing Enterprises team is running a limited schedule, Theriault doesn’t have any provisionals so he has to earn his way into the field on his qualifying time.

He failed to qualify by fractions of a second for the NextERA 250 at Daytona International Speedway last month.

Theriault’s next Truck Series race will be Friday, May 17, at the North Carolina Education Lottery 200 at Charlotte Motor Speedway in Concord, North Carolina.

Saturday’s race was the 13th in the truck series of the 25-year-old Theriault’s career. He has five top-10 and two top-five finishes to date.

He has also run six Xfinity Series races and is close to finalizing a part-time deal that would see him make his Monster Energy Cup debut sometime this year or next season.

He would be the first Maine native to run in NASCAR’s top series since Newburgh’s Ricky Craven, who ran the last of his 278 Cup series races in 2004.

Theriault became the first Mainer to win the ARCA Racing Series championship in 2017 when he posted a series-high seven victories, 19 top-10 and 12 top-three finishes in 20 races.

As the Maine Turnpike expects 1 million travelers alone over the Labor Day weekend, policymakers are gearing up for a sprint to solve one of the state’s most intractable problems: a long-standing — and growing — transportation funding gap.
Apex Weather END_OF_DOCUMENT_TOKEN_TO_BE_REPLACED

Mostly cloudy skies will develop after midnight as a warm front moves across the area with some snow flurries possible overnight.
Our Sponsors END_OF_DOCUMENT_TOKEN_TO_BE_REPLACED