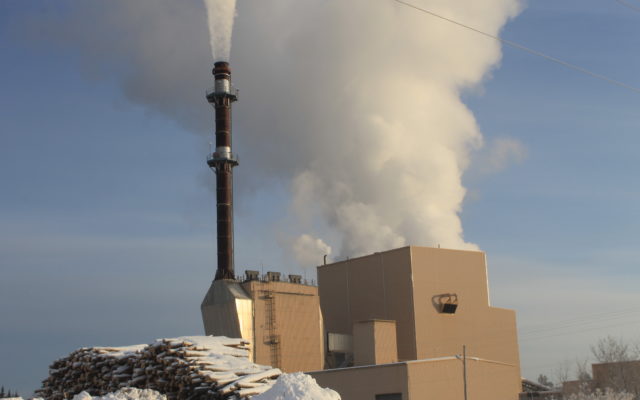 ASHLAND, Maine — The operator of Aroostook County’s last running biomass electricity plant, which currently employs 20 people, plans to shut it down in April.

New York-based ReEnergy officials said in a press release that the Ashland biomass plant “is not financially viable under current market conditions,” and will stop accepting deliveries during the last week of February in anticipation of ceasing operations in early April.

The decision to close the Ashland plant comes after the company’s Fort Fairfield plant shut down in November. The company also operates Maine biomass plants in Livermore Falls and Stratton.

Last fall, the Ashland facility submitted a bid for a long-term energy sales agreement with the Maine Public Utilities Commission, but the commission declined to award such a contract, according to the company. In 2016, the MPUC approved a $13.4 million energy sales agreement paying above-market power prices to four biomass electrical plants in Aroostook, Penobscot and Washington counties, with half going to the ReEnergy plants in Ashland and Fort Fairfield.

“The decision to close the Ashland facility is not one we make lightly, but we simply are unable to continue incurring financial losses at our Ashland facility,” said ReEnergy CEO Larry Richardson in the release. “We have worked diligently to try to effect a different outcome, as we are very concerned about the well-being of our employees, suppliers and the Ashland community.”

Another factor cited in the decision to close the plant is the weak market for renewable energy certificates, which the Ashland facility had sold to the state of Connecticut. Connecticut’s renewable energy credits were trading at $25 per megawatt hour last May, but by the end of 2018 were hovering around $13, according to ReEnergy.

“As a business necessity we must take these actions to effect an orderly shutdown,” Richardson said. “We certainly hope that the plant can return to viability in the near future. Many members of the community have been very helpful in advocating for the continued operation of the Ashland facility, and we appreciate their concern and ongoing efforts.”

The 39 megawatt Ashland plant was built in 1993, acquired by ReEnergy in 2011 and renovated in 2014. The facility can produce a maximum of 284,000 megawatt hours of electricity each year, or enough to power about 37,000 average homes.

Currently, the plant employs 20 people. Some of the employees may be reassigned to other ReEnergy plants while the remainder will be laid off most likely in late April, the company said.

Affected employees will be offered continuing health insurance for three months after their work ends, and also will receive severance pay based on their tenure. The company will also work with the Maine Department of Labor to assist employees in filing for unemployment benefits and new job opportunities.

Richardson said that ReEnergy will “continue to pursue other efforts that would enhance the facility’s viability and effect a restart of operations, including ongoing negotiations with parties interested in co-locating a high-energy industrial user next to the facility.”

He added that changes to the Maine Renewable Portfolio Standard in the 2019 legislative session could benefit the facility, as well as new legislation expanding “behind-the-meter” energy arrangements where companies could buy power from a biomass plant without going through the grid operator.

At the same time, the company said the ReEnergy Ashland facility is “more economically challenged than ReEnergy’s plants in Livermore Falls and Stratton because of unusual constraints that exist for generators in the northern Maine electrical grid.”

These issues stem from the northern Maine grid not being directly connected to southern Maine and the ISO-New England electrical grid, which limits the ability to send power out of the region. To send power south, the electricity first must be “wheeled” through New Brunswick’s power grid by Emera.

ReEnergy’s biomass plants generate electricity using wood chips, sawdust and residues from logging operations and mills. The plants have been an important part of northern Maine’s forestry industry and provided income for loggers and mills, as well as stoking interest in future forestry business development in the Ashland region.

Dana Doran, executive director of the Professional Logging Contractors of Maine, said that group is disappointed in the news of the Ashland plant’s closure but is still optimistic about the potential for biomass in Maine.

“Closing the Ashland facility will place increased hardships on Maine loggers and truckers and their families in northern Maine,” Doran said in a press release.

The PLC was a major supporter of the 2016 biomass sales agreement that served as a “bridge” that helped stabilize the state’s forest products industry, Doran said.

“There is no doubt that the actions taken since 2016 prevented significant job losses and economic pain,” Doran said. “In 2016, Maine pulp and paper mills were closing at an unprecedented rate, and the situation for Maine loggers was critical.”

Doran said he hopes to see efforts to support biomass plants in the state, including with co-location of industrial businesses.

“Europe has embraced biomass as a reliable and renewable fuel source despite far less forest cover than Maine, and there is no doubt that with investment and a larger focus on cogeneration technology Maine’s biomass energy sector can be highly successful,” Doran said.

As the Maine Turnpike expects 1 million travelers alone over the Labor Day weekend, policymakers are gearing up for a sprint to solve one of the state’s most intractable problems: a long-standing — and growing — transportation funding gap.
Apex Weather END_OF_DOCUMENT_TOKEN_TO_BE_REPLACED

Mostly cloudy skies will develop after midnight as a warm front moves across the area with some snow flurries possible overnight.
Our Sponsors END_OF_DOCUMENT_TOKEN_TO_BE_REPLACED