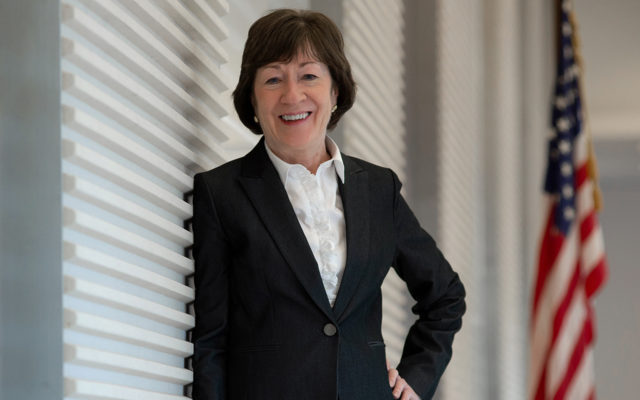 In January 2015, Rick Zaccaro and Bonnie Washuk, a married couple here in Maine, filed their federal income taxes.  Rick, a retired financial analyst for the Postal Service, checked the status of their return online in early February and learned that they were the victims of identity theft. Someone had filed and claimed a tax refund using their names, dates of birth, and Social Security numbers. That fraudulent claim was paid by the IRS while their legitimate tax filing, with the refund they were due, was stuck in limbo.

It took months of worrying, frozen bank accounts, and many calls to multiple government offices for the couple to straighten things out. When they finally did receive their overdue tax refund from the IRS, they also received something called an Identity Protection Personal Identification Number — better known as an IP PIN.

Last year, Americans submitted nearly 142 million individual tax returns to the IRS, of which about 75 percent were eligible for a refund.  With the arrival of tax season, criminals will once again use this opportunity to begin filing fraudulent tax returns in an attempt to steal the refunds that are due to legitimate taxpayers.  While the IRS has made significant progress in combating identity theft refund fraud, it continues to be one of the biggest challenges facing the agency.

Identity theft refund fraud cost victims a total of $1.7 billion in stolen refunds in 2016 alone.  Millions of American families depend on this money to pay off debts, settle medical bills, or plug gaps in the family budget. Worst of all, victims are often the most vulnerable. In 2010, for example, 76,000 low-income senior citizens were victims of this theft.

Criminals have figured out that in many instances it is cheaper and easier for them to steal taxpayers’ identities and hijack their tax refunds than it is to traffic in drugs or rob banks.  The thieves make sure to file early, as soon as the tax season opens in January, to increase their odds that they can get a refund before the real taxpayer, who is entitled to the refund, files his or her return.

The IP PIN provided to Rick and Bonnie after their harrowing experience is an effective way to prevent this fraud.  An IP PIN is a unique six-digit number that allows tax returns and refunds to be processed without delay and helps prevent the misuse of an individual’s Social Security Number on fraudulent income tax returns.

Here’s how it works. If a return is e-filed with an individual’s Social Security number and an incorrect or missing IP PIN, the IRS’s system automatically rejects that tax return until it is submitted with the correct IP PIN or it is filed on paper.  If the same conditions occur on a paper-filed return, the IRS will delay its processing and any refund that may be due while the agency verifies the filer’s identity.

Until recently, IP PINs were only available to previous victims of identity theft and to all residents of Florida, Georgia, and Washington, D.C.  Recently, the IRS announced that it expanded eligibility for its IP PIN pilot program to taxpayers in California, Delaware, Illinois, Maryland, Michigan, Nevada, and Rhode Island. These states have the highest per-capita percentage of tax-related identity theft in the country. In preparation for last year’s filing season, the IRS issued nearly 3.5 million IP PINs to taxpayers, up from 770,000 in 2013.  Within just a month, the IRS rejected nearly 7,400 fraudulent tax returns that had been filed electronically, and by mid-March had stopped nearly 1,500 fraudulent paper tax returns.

The IP PIN system works, and it is time to extend this optional protection to all taxpayers.  I have introduced the Taxpayer Identity Protection Act to expand and make permanent the IRS’s IP PIN pilot program across the nation over the next five years.  My bipartisan bill would take concrete action to help ensure that tax refunds are sent to the taxpayers who are entitled to these refunds, not misdirected to criminals who are seeking to rip-off American taxpayers.

Only one member of Maine’s congressional delegation had come out in favor of impeaching President Donald Trump ahead of House Speaker Nancy Pelosi’s Tuesday announcement that the Democratic-led House of Representatives would begin an impeachment inquiry.
Apex Weather END_OF_DOCUMENT_TOKEN_TO_BE_REPLACED

A strong upper-ridge anchored off the Southeastern US coast will bring warmer and more humid than normal conditions to the Valley through the late week period.
Campaign Corner END_OF_DOCUMENT_TOKEN_TO_BE_REPLACED

Dale Crafts filed his nomination papers for Feb. 21 with the Secretary of State to officially be placed on the primary ballot on June 9, 2020, for the U.S. House of Representatives 2nd District race.
Our Sponsors END_OF_DOCUMENT_TOKEN_TO_BE_REPLACED