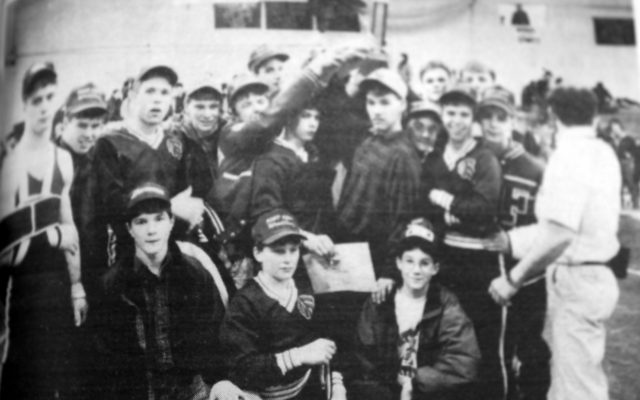 Contributed • February 6, 2019
n the midst of a raging snowstorm, residents of this area awakened to the news that the Edmundston Forum had collapsed sometime after six o’clock in the morning.

Forum Collapses In Blizzard — In the midst of a raging snowstorm, residents of this area awakened to the news that the Edmundston Forum had collapsed sometime after six o’clock in the morning. As one city official said, “If it had to happen, better now than at some time when it was full of children. The Edmundston Forum, a pet project of Mayor B. Fernand Nadeau and pride of the city, has been in almost constant use since its opening in March 1967.

Desjardins Continues To Break Records –– Jeremy Desjardins, a member of the Fort Kent Community High School’s wrestling team, has recorded more than 100 victories in his four years as a member. His latest victory came Saturday at the Aroostook County meet where he again won a County title.

Fraser in Edmundston Reducing Staff  — Through investments, training and job redesign, Fraser Papers in Edmundston, N.B., will eliminate 78 positions over the course of the next 12 to 15 months. The company has worked with the local union to ensure that the staff cuts will be through attrition, a process by which numbers are reduced through retirements instead of layoffs, which will minimize the impact.

The upper-level low pressure area that has been parked over southern New England will continue to stall there today into the overnight period then begin to open up and shift southeast into the Atlantic Thursday.
Campaign Corner END_OF_DOCUMENT_TOKEN_TO_BE_REPLACED

Dale Crafts filed his nomination papers for Feb. 21 with the Secretary of State to officially be placed on the primary ballot on June 9, 2020, for the U.S. House of Representatives 2nd District race.
Our Sponsors END_OF_DOCUMENT_TOKEN_TO_BE_REPLACED