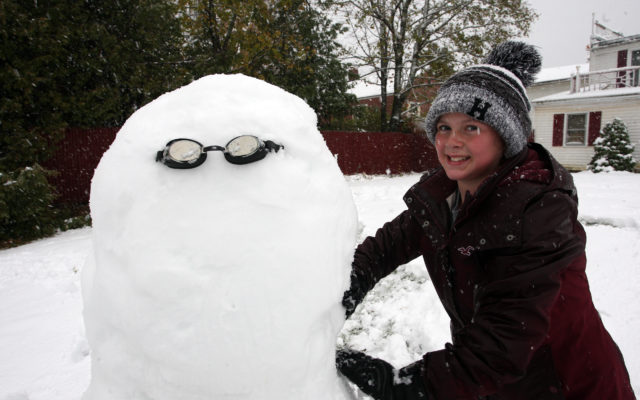 Jen Lynds, BDN Staff • January 28, 2019
With the first snowfall reported last October in Aroostook County and another storm predicted for Tuesday evening into Wednesday, the additional snow will pile onto what has already been record-setting snowfall

CARIBOU, Maine — With the first snowfall reported last October in Aroostook County and another storm predicted for Tuesday evening into Wednesday, the additional snow will pile onto what has already been record-setting snowfall, according to the National Weather Service in Caribou.

Foisy said that the record differed from the snowiest winter season of all time, which occurred when 197.8 inches of snow fell in The County in 2007-08.

“We are just talking about the winter season to date,” he said. “Of course, there is a lot of winter left to go, so there is always a chance of hitting that 07-08 record. But it hasn’t been broken yet.”

There is the potential for January to become the snowiest month on record, according to Foisy. The current record is 59.9 inches, which fell in December 1972, followed by 54.5 inches in December 2007. That means that only 7.4 inches of snowfall is needed to break the record, which could occur during the upcoming storm.

“We are expecting to see between four and seven inches from the storm,” said Foisy.

However, he said, Aroostook County will see only a glancing blow from extreme cold that is being forecast for nearly two-thirds of the United States this week.

“We are not going to be nearly as cold as the Great Lakes region will be,” he said. “We are going to have below-normal temperatures, but it will be typical arctic air. It is not anything that we are not used to.”

Only one member of Maine’s congressional delegation had come out in favor of impeaching President Donald Trump ahead of House Speaker Nancy Pelosi’s Tuesday announcement that the Democratic-led House of Representatives would begin an impeachment inquiry.
Apex Weather END_OF_DOCUMENT_TOKEN_TO_BE_REPLACED

A strong upper-ridge anchored off the Southeastern US coast will bring warmer and more humid than normal conditions to the Valley through the late week period.
Campaign Corner END_OF_DOCUMENT_TOKEN_TO_BE_REPLACED

Dale Crafts filed his nomination papers for Feb. 21 with the Secretary of State to officially be placed on the primary ballot on June 9, 2020, for the U.S. House of Representatives 2nd District race.
Our Sponsors END_OF_DOCUMENT_TOKEN_TO_BE_REPLACED