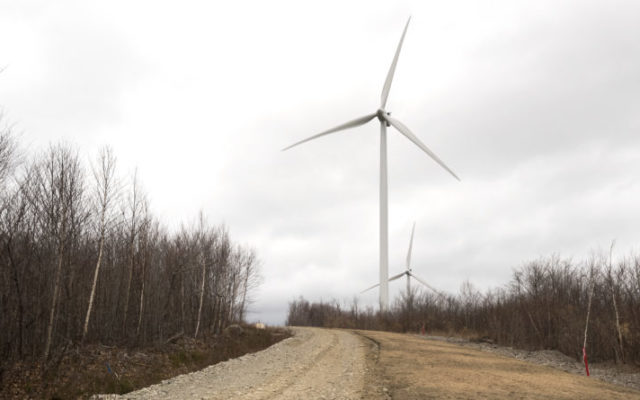 Marina Villeneuve, The Associated Press • January 16, 2019
A Maine commission created as part of the former Republican governor's efforts to hinder wind projects has released a report drawing few conclusions about the impact of wind turbines.

A Maine commission created as part of the former Republican governor’s efforts to hinder wind projects has released a report drawing few conclusions about the impact of wind turbines.

LePage, who has derided subsidies for “boutique” wind energy, issued an executive order last year ordering a halt to new wind projects in certain areas of Maine. He also launched the wind energy advisory commission to investigate the impact of turbines on central and coastal areas of Maine.

But his administration ignored the order, and several members departed from the commission, which didn’t meet for months and whose membership was long kept secret. Most individuals who provided public comment were opposed to further wind development because of the impact on “scenic views or natural resources,” according to the report.

“It is clear from the comments submitted that wind is an emotive issue for many Mainers, both those for and against wind power development,” reads the report, released Jan. 2.

The commission’s report said it had limited information and was unable to draw conclusions. The commission, whose members included the manager of a sporting camp and LePage’s technical adviser Jim LaBrecque, recommended additional research on issues such as the impacts of wind turbines on health.

“The majority of commission members did not feel adequately informed on the subject to offer an opinion beyond recommending further study of the matter,” reads the report.

Maine has more wind output than all the other New England states combined, with 924 megawatts of capacity from 19 operating wind projects that range from one turbine up to 56 turbines. State regulators are reviewing proposals for two additional wind farms, and expect applications for another project in Clifton.

A warm front will approach the Valley today and cross the region this evening.
Campaign Corner END_OF_DOCUMENT_TOKEN_TO_BE_REPLACED

Dale Crafts filed his nomination papers for Feb. 21 with the Secretary of State to officially be placed on the primary ballot on June 9, 2020, for the U.S. House of Representatives 2nd District race.
Our Sponsors END_OF_DOCUMENT_TOKEN_TO_BE_REPLACED