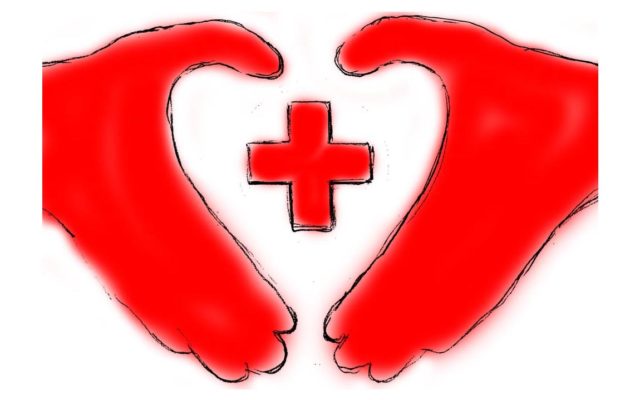 Why I am proud to serve with the Red Cross

Mary Green, Special to the Fiddlehead Focus • November 19, 2018
An unusual heat wave blanketed North Carolina, the humidity as dense as a brick wall. Huge mosquitoes buzzed around looking for their next meal. Everywhere was the overwhelming stench of things rotting and stewing in the streets.

An unusual heat wave blanketed North Carolina, the humidity as dense as a brick wall. Huge mosquitoes buzzed around looking for their next meal. Everywhere was the overwhelming stench of things rotting and stewing in the streets.

We were American Red Cross disaster responders assessing the damage caused by Hurricane Florence. We turned a corner and saw an entire street lined with piles and piles of stuff. Dollhouses, kitchen chairs, baby carriages broken and abandoned. Mattresses, couches and rugs soaking wet and covered in mold. Framed photos of loved ones staring back at us.

People’s lives sat at the end of their driveways. I felt like an intruder among the things that once filled their homes.

We recorded the devastation so others in our organization would know about the areas that most need help. Suddenly, a tapping on the car window took me from thoughts.

A young woman holding a baby in her arms asked if we were there to help. Eleanor said they have been sleeping in her car and her husband was in the hospital with stage 4 cancer. She had lost her job, and they were barely making ends meet before Florence hit.

I hugged her as tight as I could. I told her the Red Cross is ready to send supplies. I handed her my phone so she could call her mother and gave her the location of a shelter. I held her sleeping little girl in my arms, all the while aching for their loss and the hardship that no doubt lay ahead.

During my deployment, I slept little and the dreams I had were filled with the faces of the people I had met.

By day, we scoured neighborhood after neighborhood, some quiet as ghost towns and others filled with people who were scared, confused and exhausted. We brought water and energy bars to give out and carried with us a desire to also leave a glimmer of hope.

Diane told me that the flood waters came so quickly that she was trapped inside her home. A man with a motorboat — an angel, she said — suddenly appeared and brought her, her two cats and two dogs to safety. She had returned in hopes of salvaging some pieces of her life. In her hand was a broken iron cross from her late grandmother. It was a sign, she felt, that she was not alone and that she would survive and rebuild.

Street after street came alive with such stories of survival and hope.

In one neighborhood, residents had been trapped in their homes for 17 days. The road, once blocked by water and debris, was now a muddy mess. They were weary and mourning their losses, but they were also grateful to be alive. They all agreed to lean on one another and were already helping each other clean up and sharing whatever food they had.

I met Dave, whose house had been condemned. He told me about losing his wife and the life they shared in the home they had built together. I suddenly realized he had been holding my hand. I had been paying attention instead to the weight coming off his shoulders.

The morning I was to return to Maine, rain was falling and thunder rumbled in the distance as Hurricane Michael approached. I felt humbled as I thought about Diane, Dave, Eleanor and the others I had met.

They had always offered a kind word, a hug or a handshake and thank you. In the worst of times, they had hope and determination. I am grateful that they allowed me a small role in their road to recovery.

They brought home the Red Cross mission of preventing and alleviating human suffering in the face of emergencies, whether it’s across town or across the country. It’s why I am proud every time I put on the Red Cross vest.

Mary Green is the Aroostook County community manager for the American Red Cross.

The upper-level low pressure area that has been parked over southern New England will continue to stall there today into the overnight period then begin to open up and shift southeast into the Atlantic Thursday.
Campaign Corner END_OF_DOCUMENT_TOKEN_TO_BE_REPLACED

Dale Crafts filed his nomination papers for Feb. 21 with the Secretary of State to officially be placed on the primary ballot on June 9, 2020, for the U.S. House of Representatives 2nd District race.
Our Sponsors END_OF_DOCUMENT_TOKEN_TO_BE_REPLACED