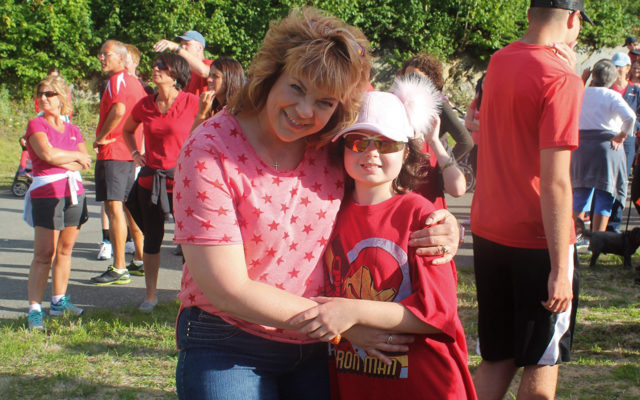 Mom, pharmacist say getting flu shot can help save others

Jessica Potila, SJVT / FhF Staff Writer • November 10, 2018
Sheri Albert, who struggles each year to protect her young daughter Kearston from influenza, urges everyone to get a flu shot.

FORT KENT, Maine — Sheri Albert, who struggles each year to protect her young daughter Kearston from influenza, urges everyone to get a flu shot.

Kearston Albert, 9, is battling acute lymphoblastic leukemia, and was first diagnosed with the illness when she was just 3 years old. Due to the cancer and treatments, Kearston has lived with a compromised immune system for much of her life. This puts the fourth-grader at an increased risk of dying if she acquires the flu. 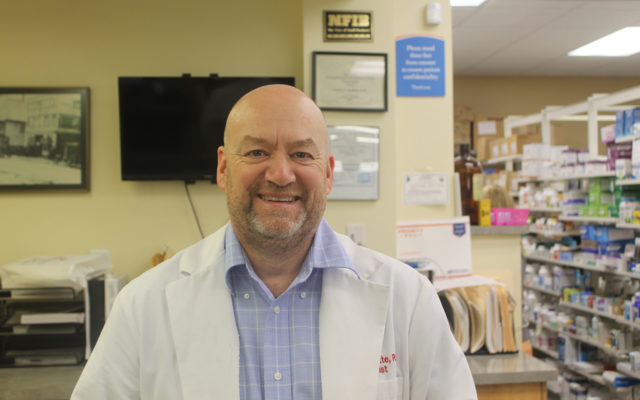 What many people do not realize is that when they receive a flu shot, they are not only protecting themselves from influenza, but people like Kearston as well, according to pharmacist Charles Ouellette, who owns St. John Valley Pharmacy in Fort Kent, where he administers flu shots.

“When you have enough people in the population getting the flu shot, then even some of the rest are protected,” Ouellette said. “We hear about people claiming, ‘Why should I get the flu shot, I never get sick.’ While some people rarely fall ill, they may be spreading the virus to more susceptible individuals such as the very young, the very old, or those people who for several reasons, cannot get the flu shot.”

Ouellette said people who avoid the flu shot often do so because they fear contracting the flu from the shot itself, something Ouellette said is impossible.

“Actually the flu shot cannot make you get the flu because it contains no active virus. It may cause some malaise because it forces the immune system to gear up to fight the flu in the future,” the pharmacist said. “Studies have shown again and again that there is no greater incidence of any illness after the flu shot and the flu shot increases your chances of not getting sick from the flu.”

Another reason people sometimes give for not wanting a flu shot is that they fear the flu shot contains mercury.

“All single dose flu shots in use today contain no preservatives or mercury,” Ouellette said. “Some multi-dose vials contain a preservative called Thimerisol. Thimerisol prevents contamination, but it is present at a very safe level, and is not in any form that is harmful to individuals.”

Sheri Albert does not allow anyone in her home who has not received a flu shot, in order to protect Kearston, and the fourth-grader uses the internet to attend Fort Kent Elementary School remotely.

“Right now she is staying home, interacting with her school via robot donated for
use from Grahamtastic, also being tutored every day by me and by Christina Beaulieu who has been with her almost from the beginning. I don’t keep her from going places because well, that just wouldn’t be fair would it,” Sheri Albert said. “I make sure (grocery store) carts are cleaned with wipes, there are not a whole lot of people, and we don’t stay in one place for very long.”

Ouellette added that “there is so much false and misleading information being circulated about vaccines. As a result, terrible illnesses, such as whooping cough, measles, (and others) are making a comeback and killing children and susceptible individuals.

“Please take the time to find a good legitimate source of information. I recommend the website of the Immunization Action Coalition at immunize.org as the best place for information.”

Sheri Albert said she cannot control whether or not other people get the flu shot each year, but she sure wishes they would.

“I know we can’t protect everyone; I’m just trying to protect my child,” she said.

For more information about influenza, visit the CDC website.

A weak disturbance will drop down from the northwest tonight triggering some snow showers across Fort Kent and vicinity as it moves through with no significant accumulation expected.
Our Sponsors END_OF_DOCUMENT_TOKEN_TO_BE_REPLACED