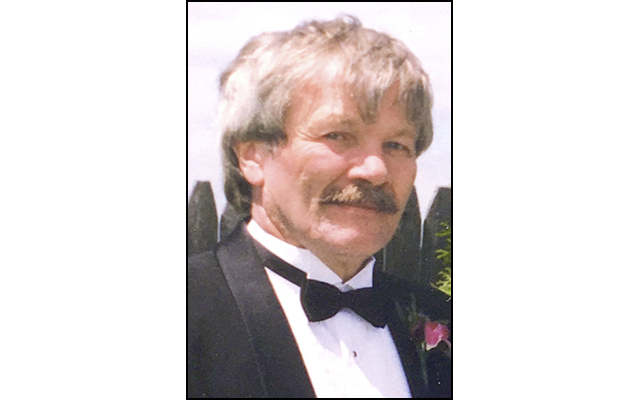 SINCLAIR, Maine – Clifford Albert, 78, died peacefully on Oct. 26, 2018 at Aroostook House of Comfort in Presque Isle, ME. He was born in St. Agatha, ME on Aug. 11, 1940, the son of Emile and Anastasia ‘Tardif’ Albert. He attended Goodwin Tech in New Britain, Conn. and worked as a Machinist for Fafnir Bearing Co, for 34 years. Stanley Works New Britain, Conn. until downsizing brought his time with them to the end. He raised his family in Southington, Conn. He was a lifelong outdoorsman. He was a proud member of the Albert Family and loved to talk about his wife, his brothers and sisters, nieces and nephews, son, daughter-in-law, and of course his grandchildren, and his little dog named Precious that traveled with him everywhere. He retired from Acme Monaco in New Britain, Conn. and had nothing but wonderful memories working for Karabin Family. He was a Charter member of Southington Volunteer Fire Dept. Engine Company #5 where he was one of the original organizers and began at the rank of Captain which he held for much of his 25 years with the Dept. This influenced his son to choose the fire service as a career. He was a Member of Sinclair ATV Club Board of Directors, Red Arrow, Snowmobile Club and Sinclair Senior Center Board of Directors.
He is survived by his wife, Liette (Nadeau) Albert of Sinclair; one son, Keith Albert and his wife, Jennifer (Shepard) Albert, of Amston, Conn.; two grandchildren, Shane and Daniela; one brother, Gilbert; three sisters, Theresa, Georgette, and Carlene, all of Conn.; predeceased by five brothers, Euclide, George, Roger, Richard and Ovide; and two sisters, Lillian and Marie.
There was a wake at Michaud Funeral Home in St. Agatha, ME, on Thursday Nov. 1, from 6:00 p.m. to 8:00 p.m. and a funeral on Nov. 3, 2018, at 1:00 p.m. -3:00 p.m. at Della Vecchia Funeral Home, 211 North Main St. in Southington, Conn. 06489.
Condolences may be sent to michaudfuneralhomes.com.

Only one member of Maine’s congressional delegation had come out in favor of impeaching President Donald Trump ahead of House Speaker Nancy Pelosi’s Tuesday announcement that the Democratic-led House of Representatives would begin an impeachment inquiry.
Apex Weather END_OF_DOCUMENT_TOKEN_TO_BE_REPLACED

Dale Crafts filed his nomination papers for Feb. 21 with the Secretary of State to officially be placed on the primary ballot on June 9, 2020, for the U.S. House of Representatives 2nd District race.
Our Sponsors END_OF_DOCUMENT_TOKEN_TO_BE_REPLACED