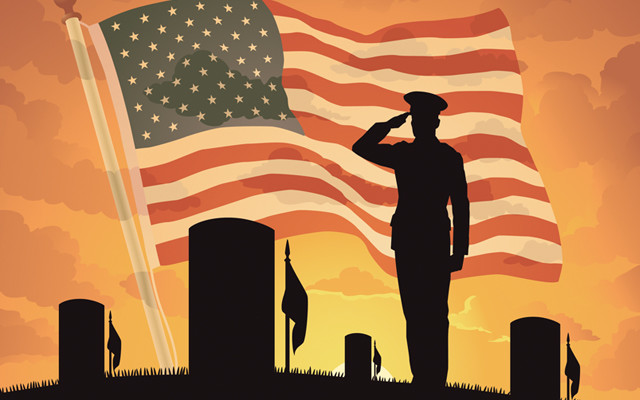 Paula Brewer, Assistant Editor • November 3, 2018
Veterans Day is one of the few holidays that is celebrated on its own actual date, not moved to the nearest Monday. It wasn’t always that way.

Veterans Day is one of the few holidays that is celebrated on its own actual date, not moved to the nearest Monday. It wasn’t always that way.

We know, of course, that it celebrates veterans who have honored this country with their service, but this day set aside for solemn remembrance has had its changes through its now 99-year history — beginning with its name.

The History Channel’s history.com explains: “On the 11th hour of the 11th day of the 11th month of 1918, an armistice, or temporary cessation of hostilities, was declared between the Allied nations and Germany in the First World War, then known as ‘the Great War.’”

The Treaty of Versailles, signed on June 28, 1919, officially ended World War I; that same year, President Woodrow Wilson proclaimed Nov. 11 as Armistice Day. He urged Americans to fly flags and pause to remember those who served.

The U.S. Department of Veterans Affairs’ Office of Public Affairs relates that  Armistice Day was declared a legal holiday in 1938, primarily to honor WWI veterans and, the resolution specified, “designed to perpetuate peace through good will and mutual understanding between nations.”

After World War II and Korea, though, that changed; on June 1, 1954, the act was amended to replace ‘Armistice Day’ with ‘Veterans Day,’ and Nov. 11 became a day to honor American veterans of all wars.

According to the VA’s history, the Uniform Holiday Bill went into effect in June 1968, intended to ensure three-day weekends for federal employees by moving Washington’s Birthday, Memorial Day, Columbus Day and Veterans Day to Mondays.

And since that day 40 years ago, Veterans Day continues to be observed on Nov. 11, a day set aside to remember with gratitude those who served for our freedom.

As the Maine Turnpike expects 1 million travelers alone over the Labor Day weekend, policymakers are gearing up for a sprint to solve one of the state’s most intractable problems: a long-standing — and growing — transportation funding gap.
Apex Weather END_OF_DOCUMENT_TOKEN_TO_BE_REPLACED

The Valley will receive an inch or less of accumulation from Thursday's system based on current forecast model data.
Our Sponsors END_OF_DOCUMENT_TOKEN_TO_BE_REPLACED