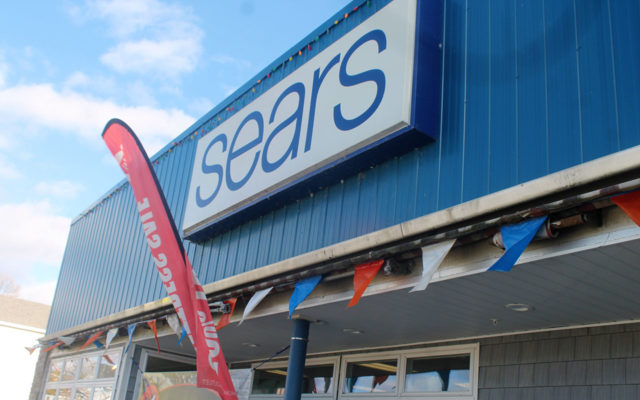 Jessica Potila, SJVT / FhF Staff Writer • October 17, 2018
Since news broke on Monday that Sears Holdings Corp. was shutting down 142 of its Sears and Kmart stores as part of a financial restructuring plan under Chapter 11 bankruptcy proceedings, Alan Susee has fielded multiple phone calls from concerned customers about the fate of his Sears Hometown and Outlet store on Main Street.

FORT KENT, Maine — Since news broke on Monday that Sears Holdings Corp. was shutting down 142 of its Sears and Kmart stores as part of a financial restructuring plan under Chapter 11 bankruptcy proceedings, Alan Susee has fielded multiple phone calls from concerned customers about the fate of his Sears Hometown and Outlet store on Main Street. 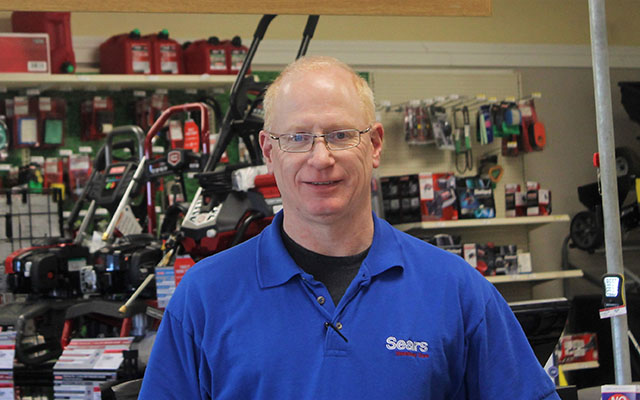 “The important thing is that we’re a separate company. Hometown and Outlet stores have nothing to do with Sears Holding. We don’t depend on them to be open,” Susee said.

The Sears Hometown and Outlet website states, “Our Hometown stores are designed to provide our customers with in-store and online access to a wide selection of national brands of home appliances, tools, lawn and garden equipment, sporting goods and household goods, depending on the particular format.”

Susee pointed out that these brands will still be available at Sears Hometown Stores.

As part of the bankruptcy, Sears is expected to sell off the Kenmore brand. It sold Craftsman to Stanley Black & Decker in January 2017 for $775 million.

Susee said that customers also contacted him with concerns about whether the bankruptcy announcement would affect service on warrantied appliances they previously purchased from the local Sears Hometown Store.

The store owner said he was disappointed to learn that the Kmart in Madawaska will be closing, as he sometimes referred customers to that store when they sought items not available his business. The Madawaska Kmart is the only store in Maine being closed in this round of bankruptcy closures, according to a list posted on the Sears Holdings Corp. website.

He cited online shopping and failure to shop local as the main reasons retailers in small towns such as Madawaska and Fort Kent go out of business.

“We’re no different than any other small business; we only survive if people shop here,” he said.

Susee added that he hopes news of the Sears Holding Corp. bankruptcy will not adversely affect business at the Fort Kent Sears Hometown and Outlet Store.

“It’s really important that people understand we’re not tied to that whole bankruptcy thing; it has nothing to do with us. Really, the most important thing is if you like having businesses in your town or at least even nearby, be a customer,” he said. “It’s really, really important that people embrace what they have locally. Nobody is saying you have to shop there. Just go look at least. If I can’t match the prices (offered elsewhere) shame on me, but if you don’t even bother to ask, shame on you.”

Heavy snow is expected to overspread the Valley this afternoon and continue into the evening hours.
Crown Politics END_OF_DOCUMENT_TOKEN_TO_BE_REPLACED

Maine’s longest serving legislator, Martin was first elected to the Maine House of Representatives in 1964 when he was 23.
Our Sponsors END_OF_DOCUMENT_TOKEN_TO_BE_REPLACED