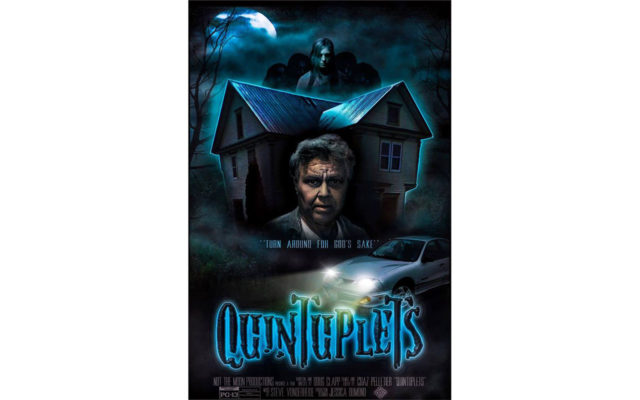 FORT KENT, Maine — A newly edited version of a locally produced horror film will play at Century Theater in Fort Kent the weekend before Halloween.

“Quintuplets” crew and cast members are all from the St. John Valley. Of the film’s 11 actors, eight are Fort Kent Community High School graduates.

Hundreds of moviegoers showed up at at the movie’s premiere two years ago.

Since then, Clapp and “Quintuplets” co-producer Chaz Pelletier of Fort Kent have enlisted the help of a St. John Valley native with Hollywood ties to improve the film through editing, and they hope, make “Quintuplets” marketable to a larger audience.

The filmmakers recruited the editing expertise of Justin Taggett of Frenchville who recently returned to northern Maine from Los Angeles where he worked on multiple film productions. Prior to that, Taggett, 26, graduated with a bachelor’s degree from Ithaca College in New York where he studied film, photography and visual arts. Taggett also  served as an apprentice at Universal Studios.

Clapp said the producers of “Quintuplets” appreciated the “fresh eyes” Taggett brought to the film as Taggett cut the film from 110 minutes to 90 minutes, adjusted audio of the film, and provided color correction to the original cut of “Quintuplets.”

“It had some issues with pacing and how it flowed so I wanted to cut it down and tighten it up. I was able to shift the color to match the tone of the film,” Taggett said. “It just needed to be refined.”

First time filmmakers Clapp and Pelletier said that Taggett provided experience that they hope will make the movie a better viewing experience for audiences.

“We didn’t know what he knew,” Clapp said. “In certain areas we had a lot of moments in the film that were really, really powerful but were suffocating under the stress of timing and pacing.”

“I think it’s definitely a lot more refined and it’s got that extra creep factor. It’s a little bit more of a clean product,” Pelletier said.

Clapp, Pelletier and Taggett said they hope the reboot of “Quintuplets” will also improve the film’s marketability.

Taggett is attempting to pitch the film to online movie services such as Netflix, as well as to overseas markets.

“We’re trying to get the film out there more; we want to see it succeed as much as it can and this seemed to be a way to give it a better shot,” Clapp said.

In the meantime, the moviemakers want to share the new cut of “Quintuplets” at the Fort Kent theater.

“I hope those who did go see it (when it premiered) come and check it out again. Don’t give up on it yet,”  Taggett said. 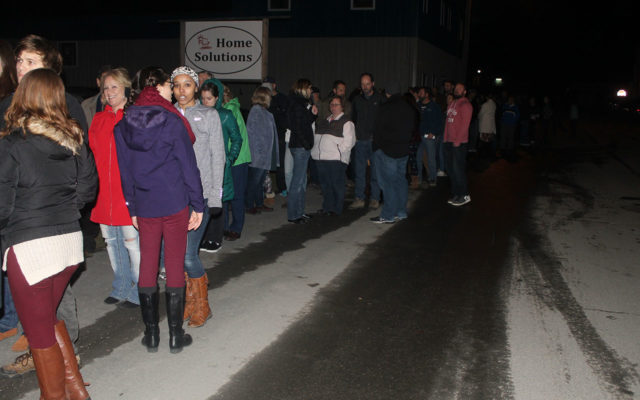 Hundreds of curious movie-goers are lined up and down the block from Century Theater to Sears to be among the first to view “Quintuplets” on a cold, dark, Sunday, Oct. 30, 2016. (Jessica Potila)

Three candidates are vying for two seats on the Fort Kent Town Council. Voters will decide which of the three -- Corey Pelletier, Brandon Dayton or Andrew Caron -- will get a seat during the town’s annual election on Monday, March 22.
Apex Weather END_OF_DOCUMENT_TOKEN_TO_BE_REPLACED

A warm front lifting across the region this morning will lead to increasing clouds with snow overspreading the area later this morning. A cold front will move through this afternoon with snow likely for a period before tapering off behind the front this evening with overnight lows occurring relatively early around midnight.
Our Sponsors END_OF_DOCUMENT_TOKEN_TO_BE_REPLACED