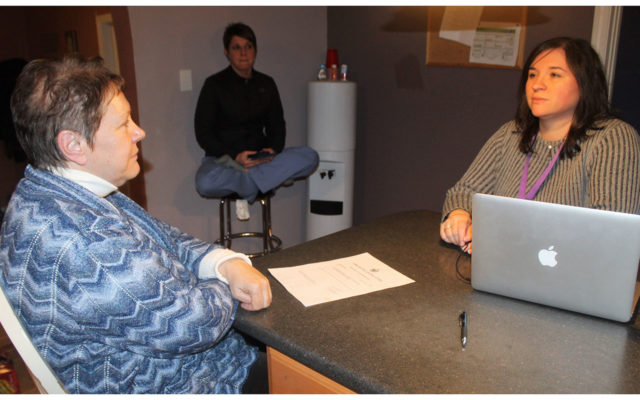 Jessica Potila, SJVT / FhF Staff Writer • October 14, 2018
Sometime before Amy Theriault of St. Francis died at just 31 years old, she wrote a poem about what it is like to experience domestic violence.

FRANCIS, Maine — Sometime before Amy Theriault of St. Francis died at just 31 years old, she wrote a poem about what it is like to experience domestic violence.

Titled, “The Consequences,” the poem is a chilling expression of the terror of domestic violence, which ends with the prophetic  lines, “For now it is too late, Because I am already dead.” 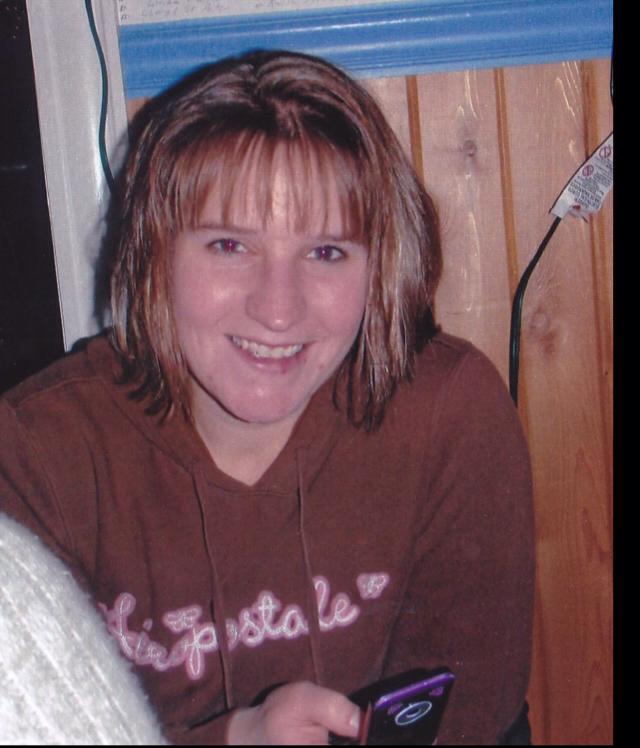 Theriault’s ex-boyfriend, Jesse Marquis killed the young mother on May 31, 2014, in her St. Francis home. After a jury convicted Marquis of murder, the judge sentence him to life in prison without the possibility of parole.

It is unknown when Amy Theriault wrote the poem. Her sister found it among Amy’s belongings shortly after her death, according to Amy’s mother, Barb Theriault.

“I went to her home about a month after her death. Carrie (Theriault), my daughter told me she found some papers of Amy’s and left the poem on the bureau. When I read it, it was shocking. The details showed that Amy feared she was going to die,” Barb Theriault said. “It was horrific for us to read. When I read it the first time, it felt like Amy was reaching out, communicating from the grave. When I found it, I shared it with Laura Mintzer, court advocate, because I thought it was evidence. I also read it in court as part of my victim statement because it showed the mental anguish she experienced before her death.”

Mintzer asked Barb Theriault for permission to share the poem in the 2018 Voices Against Violence: Report of the Maine Domestic Abuse Homicide Review Panel.

The Homicide Review Panel is a group of professionals who meet once a month to review domestic abuse homicide and serious injury cases to make recommendations to state and local agencies to improve “systems related to protecting victims and holding offenders accountable,” according to the report.

“It brings awareness to the public. Amy was obviously afraid to leave the situation. I believe Jesse Marquis was controlling Amy through fear of harm to herself and her children,” Barb Theriault said. “The public often question why women stay in unsafe situations. I believe Amy feared for her life and suspected she was going to die.”

According to the Report of the Maine Domestic Abuse Homicide Review Panel, which was released Oct. 9, nearly half of all homicides in Maine last year were the result of acts of domestic violence.

“The powerful and chilling poem by Amy Theriault … shines a light on her feelings of helplessness and expresses the feeling of shame and responsibility she felt, that somehow by staying with her abuser, she did not fix the abusive situation. One of the Panel’s observations is that public perception of a victim’s role and responsibility sometimes hinders the victim’s ability and willingness to report abuse, to testify, or to leave the relationship. This perception further complicates the prosecution and conviction of perpetrators of abuse because jurors may hold the victim responsible for choices made by the perpetrator. It is NEVER the victim’s fault or responsibility to fix the situation; it is the abuser’s choice and responsibility to stop the behavior.”

Barb Theriault and her daughter, Amy’s sister Pam Dubois, attended a presentation of the panel’s findings in Augusta at Mintzer’s invitation.

Since Amy’s murder, Barb Theriault has been an unwavering advocate for justice for Amy, as well as for domestic violence awareness.

State Sen. Troy Jackson of Allagash sponsored LD 449, An Act To Add Domestic Violence against the Victim as an Aggravating Factor in Sentencing for Murder, also known as “Amy’s Law,” at Barb Theriault’s request. Maine legislators unanimously passed the bill which Gov. Paul LePage signed into law this year.

Barb Theriault said she is determined to remain a voice for Amy, and to help others who are in domestic violence situations.

“When Amy died I was very angry. I had to generate that anger into a purpose. Amy no longer had a voice so I had to become Amy’s voice,” she said.

She said one of the biggest problems in terms of justice for domestic abuse victims is public perception of the perpetrators of the violence. Jesse Marquis worked as a school bus driver at the time of the murder, although he had a prior record of domestic abuse against his ex-wife.

“The public sees a nice guy. They don’t see the real person at home, and this cuts across all socioeconomic statuses, rich , poor, all ethnic groups. Some of these men are highly successful,” Barb Theriault said. “This is why, when a murder occurs, [members of] the public say they cannot believe it. They knew the person and he wasn’t like that.”

“We didn’t have the opportunity to say goodbye to Amy; her life was stolen swiftly,” she said. “I want people to know that death is final. There is no second chance to stop the violence. If you suspect domestic violence, do something. There is help out there.  It is private and confidential. I keep going every day in the hope that someone hears Amy’s voice through me and seeks help before it is too late.”

I’ve heard it a hundred times.

He’s hurt you once

He’ll do it again.

I did not listen,

Now I suffer the consequences.

I wish a hundred times,

I could go back to that night.

I cried the next day,

For I had a black eye.

I should have listened to mama,

Now I suffer the consequences.

How much longer can this go on,

It’s all up to you, she’s always said.

So I finally stand up to him.

I have surely suffered the consequences.

I should have listened to mama,

For now it is too late,

Because I am already dead.

Three candidates are vying for two seats on the Fort Kent Town Council. Voters will decide which of the three -- Corey Pelletier, Brandon Dayton or Andrew Caron -- will get a seat during the town’s annual election on Monday, March 22.
Apex Weather END_OF_DOCUMENT_TOKEN_TO_BE_REPLACED

A warm front lifting across the region this morning will lead to increasing clouds with snow overspreading the area later this morning. A cold front will move through this afternoon with snow likely for a period before tapering off behind the front this evening with overnight lows occurring relatively early around midnight.
Our Sponsors END_OF_DOCUMENT_TOKEN_TO_BE_REPLACED