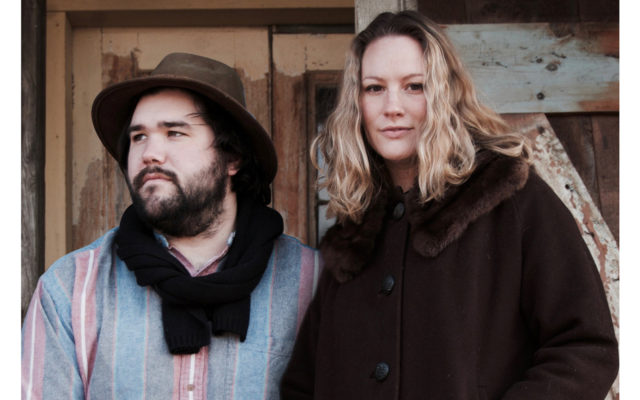 Contributed • September 23, 2018
GoldenOak, an emerging sound in New England folk music, will perform at the University of Maine at Fort Kent’s Foundation fall event on Saturday, October 13, 2018 at 7 p.m. in the Fox Auditorium on the UMFK campus.

FORT KENT, Maine – GoldenOak, an emerging sound in New England folk music, will perform at the University of Maine at Fort Kent’s Foundation fall event on Saturday, October 13, 2018 at 7 p.m. in the Fox Auditorium on the UMFK campus.

GoldenOak, is a Portland, Maine based indie-soul-folk sibling duo led by Zak and Lena Kendall. The Kendall siblings were born and raised in the Sandy River Valley of western Maine. The two started making music together as kids and were influenced early by Crosby, Stills, Nash and Young; Simon and Garfunkel; The Band; Fleet Foxes; First Aid Kit; and Ray LaMontagne.

The duo began writing music and performing in 2014 with their first release of “Pleasant St.” in 2016.  Following its release, the Kendalls produced the “Acadia Sessions,” a series of live-video sessions to highlight the album as they toured widely in the Northeast gaining an audience and recognition.

As GoldenOak evolves and pushes boundaries, they continue to sow seeds in a rich folk tradition.

In 2017, GoldenOak released “Foxgloves,” a six- track EP that built on Zak and Lena’s folk roots with a remarkable orchestral approach.  The band kicked-off their Foxgloves release tour with a sold out show at Portland’s One Longfellow Square, and in December, Foxgloves was voted “EP of the Year” by the Portland Music Awards.

Zak and Lena record and often tour with fellow musicians and band mates, Mike Knowles (bass), and Jackson Cromwell (percussion). Over the last two years, they shared the stage with many notable artists such as The Marshall Tucker Band; Lady Lamb; The Dustbowl Revival; Adam Ezra Group; the Ghost of Paul Revere; and The Mallett Brothers Band.

GoldenOak was nominated “Best in the State: Maine” for the 2018 New England Music Awards. Find out more at GoldenOakband.com

Please join us for an evening of great music. Tickets to the performance are $10 per person. You may purchase tickets through the UMFK Development Office, located at the Madawaska House, at 834-7800, or at the door on the evening of the performance.

All proceeds at the UMFK Foundation will remain here at UMFK to support endowed scholarships, cultural events, and special projects.

As the Maine Turnpike expects 1 million travelers alone over the Labor Day weekend, policymakers are gearing up for a sprint to solve one of the state’s most intractable problems: a long-standing — and growing — transportation funding gap.
Apex Weather END_OF_DOCUMENT_TOKEN_TO_BE_REPLACED

Mostly cloudy skies will develop after midnight as a warm front moves across the area with some snow flurries possible overnight.
Our Sponsors END_OF_DOCUMENT_TOKEN_TO_BE_REPLACED