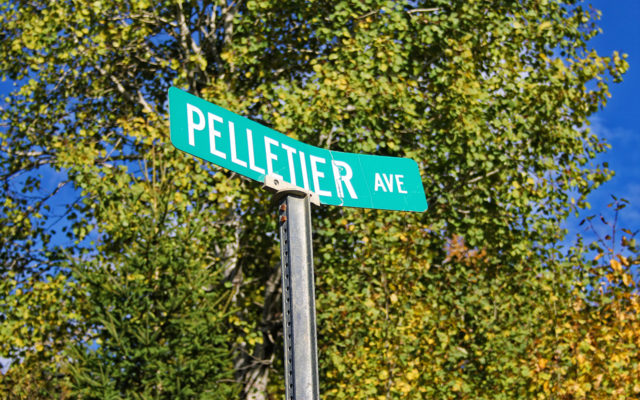 Morgan Mitchell • September 10, 2018
The Select Board has opted to move ahead with plans to discontinue a section of Pelletier Avenue and to award affected property owners $500 for the potential impact on their property values.

FRENCHVILLE, Maine — The Select Board has opted to move ahead with plans to discontinue a section of Pelletier Avenue and to award affected property owners $500 for the potential impact on their property values.

A public hearing was scheduled for Tuesday, Sept. 11, on the proposal that seeks to make the section in question a private road, thus absolving the community of “the obligations, including costs, associated with maintaining Pelletier Avenue as a fully improved public way.”

Town officials are then planning to hold a special town meeting on Sept. 26 to give Frenchville residents an opportunity to vote on the matter, which affects 10 property owners, three of whom live on that portion of the road. The proposed measure does not encompass the entire road, which runs from U.S. Route 1 to Airport Avenue, but applies to a mostly unpaved portion of about 11,000 feet from the intersection of Pelletier Avenue and Bouchard Avenue/11th Avenue near the Madawaska town line to Airport Avenue.

The section in question, has a controversial history that dates back to 2016 when a dispute arose concerning the status of the road as either a private or public way and whose responsibility it was to maintain and plow the roadway.

The town contended it was a public way and was in the process of improving and paving part of the road when the family of Calvin Ouellette filed a civil suit against Frenchville in Caribou Superior Court arguing that part of the road was on their land and that the town did not have a deeded right-of-way to do any work without the family’s permission. The Ouellettes, who own farmland along Pelletier Avenue, also expressed concerns about the impact of potential increased traffic and runoff on their potato crops.

After more than a year of legal wrangling, Caribou Superior Court Justice Harold Stewart II signed off on a settlement agreement between the Ouellettes and the town in January 2018 declaring Pelletier Avenue a “public way.” But the agreement also required the town to resolve certain issues with the Ouellettes, including over drainage and access on and near their farmland.

But after reviewing the town’s obligations, including what town officials estimate would cost $1,095,000 to improve and pave the roadway, selectmen decided on Aug. 28 that Pelletier Avenue would be more appropriate as a “private road with a retained public easement.”

The Select Board held another meeting on the proposal Sept. 4, but quickly went into executive session to discuss the issue in a conference call with the town’s attorney.

After coming out of the executive session, the board members votes to issue the order and pay property owners $500 for damages. Town Manager Ryan E. Pelletier also said that the meeting served “to give public notice about a public hearing [on the order] for next week.”

That hearing at 6:30 p.m. Sept. 11, at the Frenchville Town Office, will be held to hear “public comments on the order of discontinuance.”

Several Pelletier Avenue property owners, however, had plenty of comments and questions for the selectmen and town manager on Sept. 4, including about who would be responsible for plowing the road in the wintertime and what impact making the road private would have on school bus transportation and emergency services.

Board Chairman Craig Lawrence told the property owners, however, that the board members had been advised by the town attorney not to answer any question at that time. The town officials also did not indicate if or when they would be able to answer such question. On Wednesday, though, Pelletier said that the questions would be reviewed with the attorney in an effort to best come up with answers for the public hearing.

One main concern brought forth by the property owners at the Sept. 4 meeting was the seemingly high estimate of what it would cost the town to pave the road. One of the property owners who also owns a local construction company, Dave Pelletier questioned the legitimacy of the estimate, citing his 30 years of expertise in estimating and bidding on projects.

“Who came up with $1 million?” Dave Pelletier asked the board members. “I don’t know if you guys are trying to mislead people in Frenchville because you had two years now, a vendetta on Pelletier Avenue and its residents.”

Ann Ezzy, who also owns property on Pelletier Avenue with her husband John, asked how much it would cost just to continue to plow and excavate the road twice a year.

“The $1 million is just to scare people to vote in your favor,” she said. “You could continue to take care of the road as it is and nobody would have a problem with it.”

But again, the board members would only say they had been advised not to respond to questions.

The property owners also expressed their displeasure with the $500 being offered them for damages should residents approve the discontinuation of Pelletier Avenue, indicating that such a small amount would in no way cover the cost of plowing and grading of the road.

As the Maine Turnpike expects 1 million travelers alone over the Labor Day weekend, policymakers are gearing up for a sprint to solve one of the state’s most intractable problems: a long-standing — and growing — transportation funding gap.
Apex Weather END_OF_DOCUMENT_TOKEN_TO_BE_REPLACED

The Valley will receive an inch or less of accumulation from Thursday's system based on current forecast model data.
Our Sponsors END_OF_DOCUMENT_TOKEN_TO_BE_REPLACED