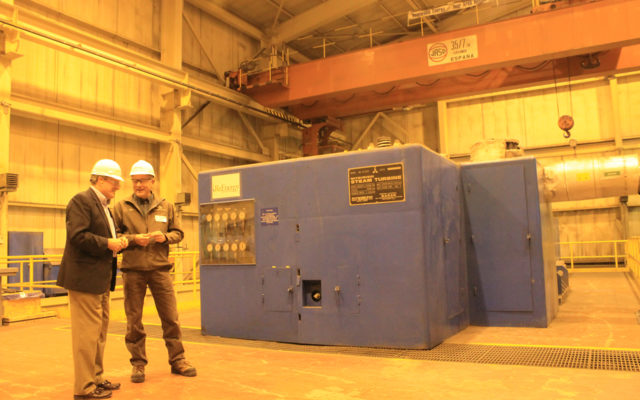 Anthony Brino • September 3, 2018
Without an intervention from the state government in the form of a new energy sales contract, the ReEnergy biomass plant in Fort Fairfield is on track to shut down on Oct. 15, according to the company.

FORT FAIRFIELD, Maine — Without an intervention from the state government in the form of a new energy sales contract, the ReEnergy biomass plant in Fort Fairfield is on track to shut down on Oct. 15, according to the company.

The Fort Fairfield biomass plant, one of four in Maine run by New York-based ReEnergy, has started to curtail deliveries of wood fuel “in anticipation of a closing in the fall,” said Sarah Boggess, the company’s communications director.

The company recently secured a victory in the form of lower transmission fees through northern Maine’s electrical grid, but the Fort Fairfield plant remains costly to operate and is in need of capital investment.

In 2016, the Maine Public Utilities Commission approved a $13.4 million energy sales agreement to pay above-market power prices to four biomass electrical plants in Aroostook, Penobscot and Washington counties, with half of that “biomass bailout” going to the plants in Ashland and Fort Fairfield.

In June, ReEnergy and other organizations with the Northern Maine Electric Stakeholders Group formally requested that the Maine PUC create another, longer energy sales agreement that would last five years.

Boggess said that without another energy sales agreement, it will not be viable to operate the  Fort Fairfield plant, which employs 26 people. ReEnergy acquired the biomass plants in Ashland, Fort Fairfield, Livemore Falls and Stratton in 2011. Together the Fort Fairfield and Ashland plants employ 41 people directly and generate enough electricity to power about 71,000 homes.

Boggess said that the company is not aware of when the Maine PUC could respond to the request for another energy sales contract, but has started curtailing fuel deliveries as a first step to shutting down the plant in October.

“We will ramp deliveries back up if we hear in the meantime that we have been awarded a contract through the PUC procurement,” Boggess said.

Seperate from the energy sales contract but also crucial to the four plants future, ReEnergy is currently in “advanced discussions” with other companies interested in co-locating next to the biomass plants to take advantage of affordable power, heat and steam.

Such co-located businesses could include anything from heated greenhouses and aquaculture facilities to forestry products or chemical manufacturing.The projects could bring new economic diversification and jobs, as well as revenue certainty for ReEnergy.

Each project could take “at best” two years to get off the ground and an energy sales contract could help support the plants until that time, Boggess said. All four of ReEnergy’s biomass plants received a co-location proposal, she added. 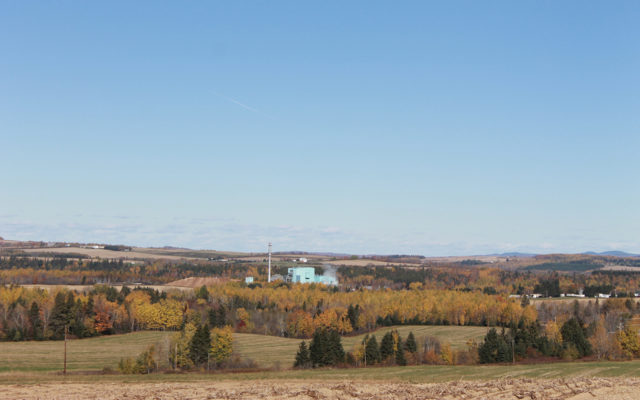 The ReEnergy biomass plant in Fort Fairfield, seen from Route 1A in October 2017, generates about 260,000 megawatt-hours of electricity each year, enough to power about 34,000 homes. (Anthony Brino | BDN)

Incumbent Sen. Michael Carpenter and Rep. Harold “Trey” Stewart III, R-Presque Isle, are the expected nominees for their respective parties in this year’s election for a two-year term in District 2 of the Maine State Senate.
Apex Weather END_OF_DOCUMENT_TOKEN_TO_BE_REPLACED

Showers are expected this afternoon continuing into the evening hours before tapering off overnight behind the front.
Our Sponsors END_OF_DOCUMENT_TOKEN_TO_BE_REPLACED