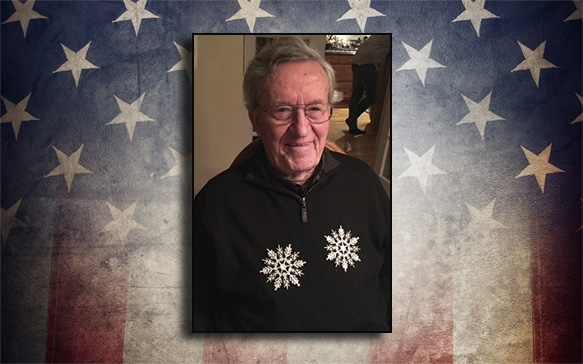 Contributed • August 8, 2018
Albert E. Soucy, 89, of Riverplace Drive died peacefully on August 2, 2018, at the Gosnell Memorial Hospice House, with his loving family by his side.

SOUTH PORTLAND, Maine — Albert E. Soucy, 89, of Riverplace Drive died peacefully on August 2, 2018, at the Gosnell Memorial Hospice House, with his loving family by his side.

Albert was born on May 24, 1929, in Fort Kent, Maine, the son of the late Alfred D. and Laura (Ouellette) Soucy. He attended local schools and graduated from St. John’s Prep School, Danvers, MA, in the class of 1947. He furthered his education by earning his Associates Degree from Bryant Stratton College.

Albert served in the United States Air Force for four years during the Korean War.

On July 30, 1955, Albert married the love of his life, Gloria T. Michaud. Together they shared 63 years of marriage.

Albert owned and operated the Gas-n-Go in Fort Kent for many years before retiring in 1992.

The family wishes to extend a special thank you to the Maine Medical Center, Stroke Unit and the staff of the Gosnell Memorial Hospice House, for the excellent care that Albert received.

Albert was predeceased by a sister, Lucille Morrisette; and a brother, Robert Soucy. He is survived by his loving wife, Gloria T. Soucy of South Portland; three daughters, Louise and her husband, Bill Zafirson, of Saco, Lora Soucy of Presque Isle, and Kate Soucy of North Yarmouth; two sons, Mark Soucy and his wife, Nelyne Bredrup, of Chicago, IL, and John Soucy and his wife, Elizabeth, of Yarmouth; 10 grandchildren, Blake and Audrey Zafirson of Saco, Austin and Libby Moreau of Presque Isle, Garrett, Ryan, and Grant Soucy of Chicago, IL, Clark and Spencer Soucy of Yarmouth, and Parker Brown of North Yarmouth; a brother, Phil Soucy of Fort Kent; as well as several nieces and nephews.

At the family’s request all services will be private. Arrangements are under the direction of the Conroy-Tully Walker Funeral Home, 172 State Street, Portland, ME. To view Albert’s memorial page, or to share an online condolence, please visit www.ConroyTullyWalker.com

Only one member of Maine’s congressional delegation had come out in favor of impeaching President Donald Trump ahead of House Speaker Nancy Pelosi’s Tuesday announcement that the Democratic-led House of Representatives would begin an impeachment inquiry.
Apex Weather END_OF_DOCUMENT_TOKEN_TO_BE_REPLACED

A strong upper-ridge anchored off the Southeastern US coast will bring warmer and more humid than normal conditions to the Valley through the late week period.
Campaign Corner END_OF_DOCUMENT_TOKEN_TO_BE_REPLACED

Dale Crafts filed his nomination papers for Feb. 21 with the Secretary of State to officially be placed on the primary ballot on June 9, 2020, for the U.S. House of Representatives 2nd District race.
Our Sponsors END_OF_DOCUMENT_TOKEN_TO_BE_REPLACED